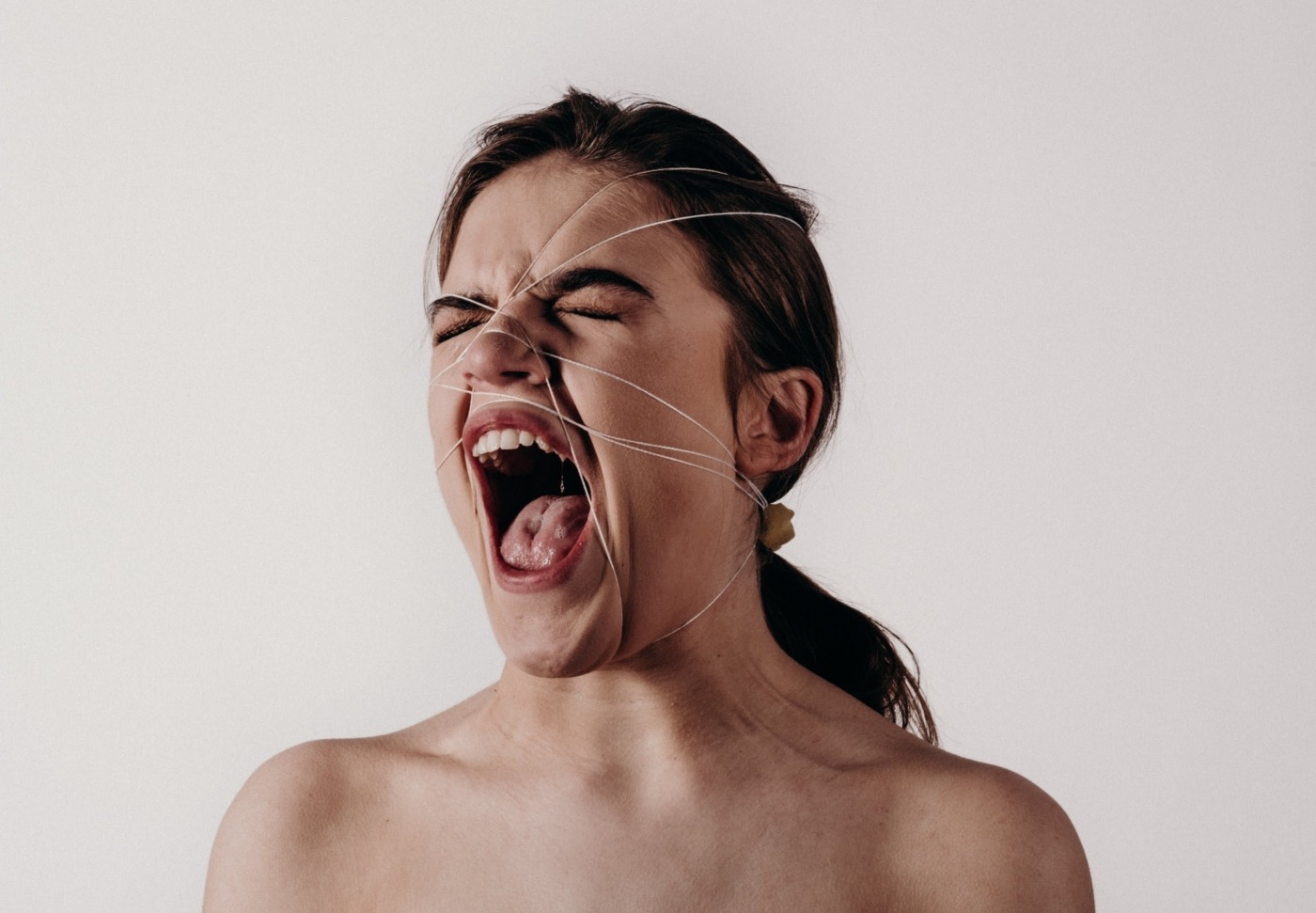 The war at home: how is coronavirus affecting victims of domestic abuse?

Coronavirus’ cruel grip has taken hold of the world. More than a third of the globe’s population is under some form of restriction as governments desperately attempt to slow the rate of contagion. Uncertainty, grief and fear plague lives.

The UK’s mantra seems simple: ‘Stay home, Protect the NHS, Save lives.’ When lockdown was announced on 23 March, it became clear that, with a few exceptions, we would be confined to our homes indefinitely.

Behind closed doors, some families are quietly revelling in lockdown. Children are painting rainbows for the NHS; couples are enjoying daily walks together; so many people are baking that supermarkets haven’t had flour in stock for weeks.

For others, and perhaps the majority of us, this has been a time of immense sadness and anxiety. More and more people fall victim to coronavirus’ deadly grasp by the day. It has taken – and will continue to take – so much from our lives.

While there is little doubt that lockdown is necessary, it is also having a disturbing social impact. People are losing jobs, mental health problems are intensifying, and some have found themselves in lockdown with their abuser. There has been a  sharp rise in domestic violence, triggered by government restrictions. In the first three weeks of lockdown, 16 people were killed by domestic abuse in the UK. This is more than double the average rate, and higher than it has been in 11 years.

In the first three weeks of lockdown, 16 people were killed as a result of domestic abuse in the UK

There was a 49% rise in calls to the National Domestic Abuse Helpline run by charity Refuge. The number of male victims has also soared, with Men’s Advice Line seeing calls for help surge by 35% in the first week of lockdown.

As chief executive of Refuge Sandra Horley said, lockdown has meant that victims have had “to make an unthinkable decision – to stay with an abusive partner or risk homelessness.” In these terrifying times, there is no way of knowing just how many men, women and children are locked away with their abuser.

One victim in New York told the BBC that she had been forced to move in with her father, a man who had physically and sexually abused her for years, soon after lockdown hit. In a chilling interview, she describes how “the second I walked back in [to his home] my brain shut down. Everything turned off, every feeling.”

The teenager, who the BBC have named Kai, is just one of the many who have fallen victim to domestic violence as a result of pandemic restrictions. It is predicted that there will be at least 15 million more cases of domestic violence around the world this year. As coronavirus continues to infect the world, it seems that domestic violence is spreading at an equally fast pace.

António Guterres, the Secretary-General of the United Nations, appealed for “peace in homes around the world”, urging “all governments to put women’s safety first as they respond to the pandemic.”

In the UK, efforts are being made to support victims. On 2 May, Communities Secretary Robert Jenrick announced that the government were pledging £76 million to support victims of domestic violence, modern slavery and vulnerable children. The funding package will include additional counsellors for victims of sexual violence and the provision of safe accommodation for survivors of domestic abuse and their children.

This follows Home Secretary Priti Patel’s launch of the public awareness campaign #YouAreNotAlone, which was widely criticised for its failure to tackle the scale of the crisis.

Fiona Dwyer, the chief executive of Solace Women’s Aid, said about Patel’s claims “that victims of domestic abuse don’t have to stay in the house, they can just leave, shows she has no understanding of the dynamics of domestic abuse, and no interest in it either.”

Further criticisms came as hotels and hostel chains which offered the UK government thousands of rooms as refuge for victims of domestic abuse said their gesture had been snubbed.

Recent government efforts have been met with a comparatively positive response and bolstered by campaigns and support services that are being offered by charities and organisations. Boots pharmacies, for example, are using their consultation rooms as safe spaces where domestic abuse victims can access support.

This is in association with domestic abuse charity Hestia, which has seen a 47% rise in victims reaching out via its app Bright Sky. The consultation rooms can be accessed by asking at the pharmacies counter, and Boots staff will provide details regarding support services available.

Celebrities and TV personalities have also been pledging their support amid the crisis. J.K. Rowling donated £500,000 to Refuge and, in a powerful display of support for victims of domestic abuse, Victoria Derbyshire presented the news with the number of the National Domestic Abuse Helpline written in scrawled black ink across her hand.

At the University of Warwick, societies and sports teams have been getting involved and raising money in support of victims of domestic violence. At the beginning of May, members of Warwick Tennis Club ran the equivalent of a lap of England in 15 days to fundraise.

At Warwick, societies and sports teams have been getting involved and raising money in support of victims of domestic violence

President of University of Warwick Tennis Club Will Brewer told The Boar that “we found the recent figures on increases in calls to domestic violence help lines since lockdown to be horrifying. We feel that awareness of the issue is lacking and want everybody to show the victims that they are not alone or forgotten. We couldn’t have asked for a better response and hope we can make a difference.”

It is more important than ever that victims of domestic violence feel supported during a time when so much else is uncertain. The cases are escalating, and harrowing violence is being hidden behind the closed doors of people’s homes.

One woman, a 26-year-old from China, told the New York Times that she had found herself entrapped in more and more arguments with her husband after they had been forced to confine themselves to their home following the outbreak of the pandemic.

While she says her husband has been abusive for six years, lockdown meant that “we were unable to go outside, and our conflicts just grew bigger and bigger and more and more frequent. Everything was exposed.”

Feelings of entrapment, confinement and isolation have only been perpetuated by the pandemic.  In normal times, an abuser might isolate their victim from friends and family. They might constantly keep watch. They might enforce rules, or restrict access to basic necessities. Lockdown restrictions have simply heightened the abuser’s power.

Feelings of entrapment, confinement and isolation have only been perpetuated by the pandemic

As trauma expert Judith Lewis Herman said, “if suddenly people have got to be at home, that gives him an opportunity, suddenly, to call the shots around that.”

Yet help is available, and it is important that we continue to support those who are vulnerable to abuse, especially amid a time of global crisis. If you are in immediate danger, calling 999 should be the first priority. If you cannot speak and are on a mobile, press 55 to Make Your Call Heard.

Policewoman Sue Mountstevens told The Guardian, “I want victims to know that we still want them to come forward, seek help and be heard. I cannot stress enough that help is still out there.”

Support is also offered by charities such as Refuge, who run a 24-hour National Domestic Abuse Helpline and share advice on their website. For students at the University of Warwick, Warwick’s Student Union has resources and information to help victims, and the Wellbeing Support Services continue to run amid the pandemic.

If you, or anyone you know, is experiencing instances of domestic abuse, please don’t suffer alone. You can get in touch with the National Domestic Abuse Helpline (tel:0808 2000 247) or the university’s Wellbeing Support Services.