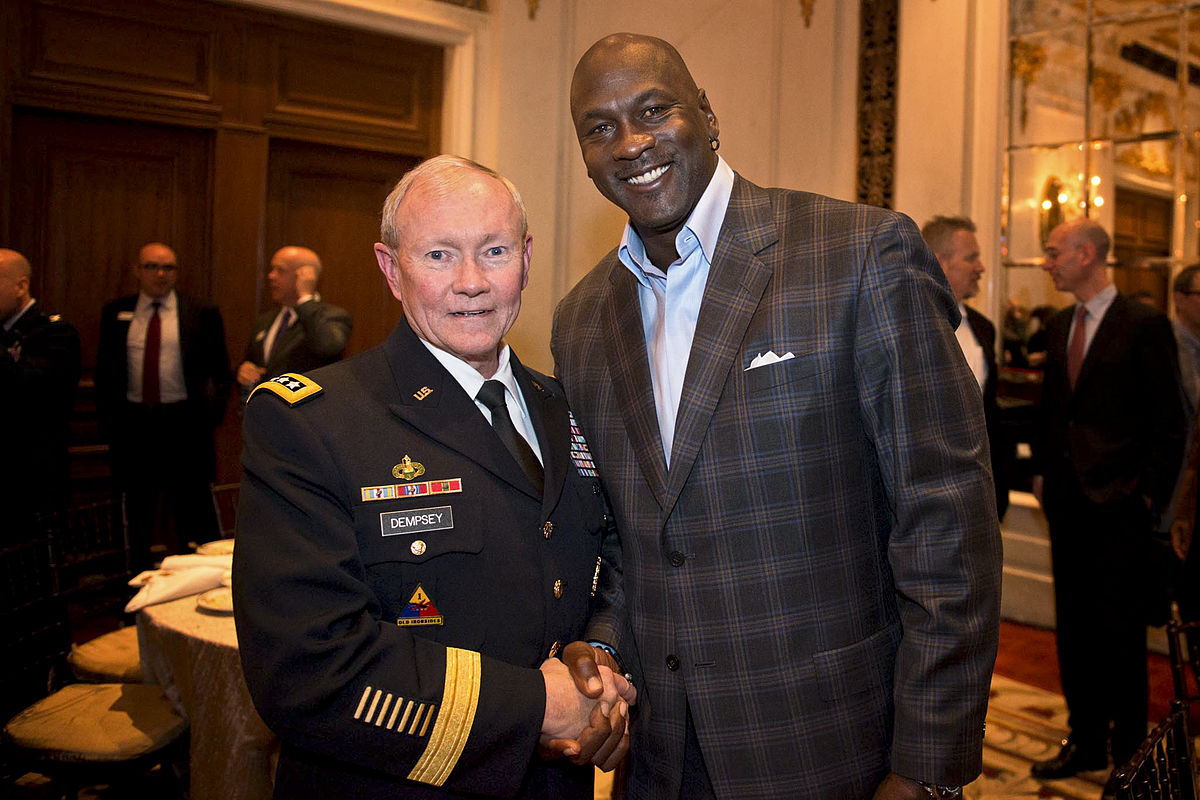 Episodes five and six of The Last Dance were released on Netflix earlier this morning (04/05/20), once again grabbing the attention of basketball fans around the world. The series, which has been criticised for jumping between different parts of Michael Jordan’s career too haphazardly, this week turned its attention to Jordan’s relationship with Nike, the 1998 NBA All-Star Game and the 1992 Olympic Games.

For advocates of linear story-telling,  The Last Dance probably isn’t for you. The series, directed by Jason Hehir, has made a habit of leaping between contrasting periods in Jordan’s career. For viewers who aren’t already absolutely familiar with Jordan’s story,  The Last Dance is akin to a sprint to keep up.

With that said, I don’t count myself among the contingent of viewers equipped to navigate the twisting narrative of  The Last Dance; yet I’ve still found the series utterly captivating. Jordan’s reputation quite evidently transcends his sport; Jordan’s name precedes himself. His tale is thrilling, the Chicago Bulls’ story ridiculous.

Kobe Bryant had started to emerge in Los Angeles

Episode five of the series begins at the 1998 NBA All-Star game, hosted at Maddison Square Garden – a New York arena Jordan regards as the Mecca of basketball. The All-Star contest represented a changing of the guard: with Jordan approaching the end of his career, a new star had started to emerge in Los Angeles, Kobe Bryant had burst onto the scene.

The episode, dedicated to Bryant’s memory, started with footage of an exchange between the NBA’s two brightest stars. “What you get from me is from him,” Bryant admitted: “I wouldn’t have got five championships without him.” Bryant’s bond with Jordan is obvious; the level of respect the pair shared abundantly clear. Bryant’s commentary is jarring, the tragedy of his death certainly dominated my thoughts as the late Lakers star expressed his admiration for Jordan, but it is valuable insight into a relationship between two sporting superstars. Like Jordan, Bryant will never be forgotten.

The Last Dance soon leaps back in time to the start of Jordan’s association with Nike in 1983. For a brand that is now synonymous with his own, Jordan’s relationship with Nike was far from an instance of love at first sight. The documentary makes no attempt to hide Jordan’s initial preference for Adidas, nor the fact that the first Air Jordan’s Nike produced were somewhat hopeless on the court. Regardless, Jordan’s association with Nike transformed the relationship between sport and popular culture; the world hasn’t looked the same since.

Team USA practices were among the best in basketball history

The 1992 Barcelona Olympic Games marked a sea change in the fortunes of USA’s basketball team. For the first time, the USA sent a roster of NBA stars to the Olympics, and the outcome was inevitable. This was an all-star team to end all all-stars. With Larry Bird, Scottie Pippen, Charles Barkley and  Magic Johnson on the roster, Team USA practices at the Olympics were among the best in basketball history: the Dream Team had been assembled.

A new rivalry would play out in Barcelona. Toni Kukoč – the star of the Croatian national team – had attracted serious attention from Bulls GM, Jerry Krause. Speculation of Kukoč’s imminent arrival in Chicago cut against the cloth among the Bulls contingent in Barcelona; once again – Krause is portrayed as having malign intentions. In the first meeting between the USA and Croatia, Pippen and Jordan made it their mission to quash Kukoč – they succeeded in what was a truly a brutal display. Kukoč improved dramatically in the final, but he was unable to turn the tide: Jordan’s Dream Team were now Olympic champions.

As the fifth episode drew to a close, The Last Dance shifted its focus away from the court and towards the ballot box – a major source of controversy during Jordan’s career. Harvey Gnatt’s Senate run in North Carolina was historic, if elected Gnatt had been elected he would become the first black person to represent the state in the Senate; pressure mounted on Jordan to publicly endorse the Democratic candidate. The election underscored the importance of racial politics in America, Gnatt’s Republican opponent was among the most controversial, conservative figures in US politics.

Jordan’s refusal to publicly support Gnatt was viewed as reprehensible by many, but Jordan was resolute. His infamous comment that “Republicans buy Nikes, too” sent a horrible message that his personal wealth was more important than the struggle of others. The categorisation of Jordan’s remarks, however, was unfair; he sent a private donation to the Gnatt campaign. Jordan remains unapologetic for his refusal to publicly endorse the Democratic candidate.

Once again, the expertise provided by Barack Obama is a true testament to the series’ appeal. In what remains a hugely divisive issue, The Last Dance deals with Jordan’s distinct lack of activism with a steady hand, allowing viewers to draw thier own conclusions.

Episode six begins with an assault on Jordan’s reputation. The Jordan Rules, a 1991 book by Sam Smith, was the first of many occasions whereby Jordan’s reputation was impugned. The book was controversial and a best-seller, all while claiming to provide unique insight into what would become the Bulls dynasty. The spotlight was on Jordan, and The Last Dance captures the media frenzy perfectly.

Jordan’s gambling was then thrust under the series’ spotlight. The Last Dance explores the largest off-court media squirmish of his career with analysis from his teammates, coaches and journalists. In 1993, the media had turned against Jordan; The Last Dance tells the story of how it motivated him to drive the Bulls to a historic threepeat. Any damage inflicted to Jordan’s reputation was swiftly restored, winning the 1993 NBA Playoffs swiftly put Jordan’s Atlantic City adventures into the rear-view mirror.

The NBA Finals against the Phoenix Suns was a display of Jordan’s excellence. The Bulls’ #23 was dominant in the final game of the series, registering 33 points as the Bulls charged to their first threepeat. The relief was clear, Jordan had been through the wars in 1993 and his efforts had finally been rewarded. The strain, however, had taken its toll.

Back in 1998, the sixth episode finishes at the start of the postseason. Speculation regarding Jordan’s future had reached levels of hysteria, ending the episode of a familiar note. The Last Dance is now into its third week, it has provided bewildering insight into Jordan’s career and must be commended for the access it flouts. Linear story-telling remains a foreign concept, but Hehir has told quite the story regardless. The penultimate week of the series streams on Netflix next Monday (11/04/20): I’ll be watching.