Test match cricket is cricket in its purest form. No limited overs, no power play and no super overs. Some people say that playing one match over five days is the antithesis of excitement, but the five-day length is what defines Test match cricket, and what makes it so brilliant.

There is an ebb and flow to a Test match that is not found in any other sport. With a possible 15 sessions of play across the entire match, very rarely does one side dominate all of them. England might open up the batting for the day well, with the Australian bowlers unable to find a wicket, but a key wicket at the start of a session can flip the momentum right back to the Australians.

There is rarely an unassailable lead in Test matches; it only takes a couple of well-timed wickets to turn a batting side that is building a comfortable lead into a team on the verge of collapse.

The risk of drawing heightens the excitement throughout the Test match

In many sports, a draw is generally seen as a boring game. Drawn matches are often the closest and the risk of drawing heightens the excitement throughout the Test match. When it becomes clear on the fourth or fifth day of the match that one side has the upper hand, there is still the risk of a draw.

The threat of drawing a game that should have been won comfortably is what prevents teams from blocking every shot and aiming to thwart their opposition. The aim of the match is not just to score as many runs as possible, but to bowl the other side out. Captains’ responsibility to manage time adds another enthralling element to Test cricket.

It also ensures that matches where one side clearly won’t be able to win the contest is still interesting to watch. Take the second Test of the 2019 series between South Africa and England. South Africa had to chase a huge target of 437, but England only had one day to bowl South Africa out. The game lasted until the last half hour of scheduled play. In no other sport would the threat of a draw be as nail-biting.

The format of Test cricket also lends itself to be enjoyed through many mediums. While for rugby and football the best way to follow the match is to watch it live, Test matches are easily enjoyed through radio commentary or even live text updates. There is no required commitment to adequately follow a Test match; it fits far better into a busy schedule than a football match, for instance. End of day wrap-up and highlights ensure that it is easy to catch up and enjoy the key moments of a match.

The five-day length of Test matches also lends itself to having moments within the match. Certain rivalries unfold, and different players have spells of brilliance.

In the 2019 Ashes series you saw the development of Stuart Broad’s vendetta against David Warner, bowling the Australian out eight times in five matches. At the same time, there was Steve Smith, one of the best Test batsmen in the world, against England’s new fast bowler, Jofra Archer. The atmosphere was electric. Only in five-day Test matches are there so many individual rivalries and stories that feed into a single outcome.

Given the length of a Test match, feats of individual brilliance standout to a greater extent. In football, a good performance can be based on scoring a couple of goals; in rugby from making a couple of big tackles. In Test match cricket players’ achievements are even more impressive because of the time they take. Ben Stokes’ heroic stand at Headingly in the Ashes took an entire day, not just a couple of minutes of excellent batting.

Test match cricket, with its five-day length, facilitates a different form of sport to watch. The jargon and slow pace of play may deter the casual viewer, but following an entire match is an enjoyable experience that is not replicated elsewhere in the sporting world. 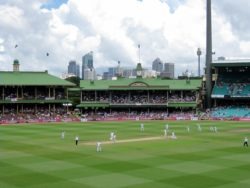