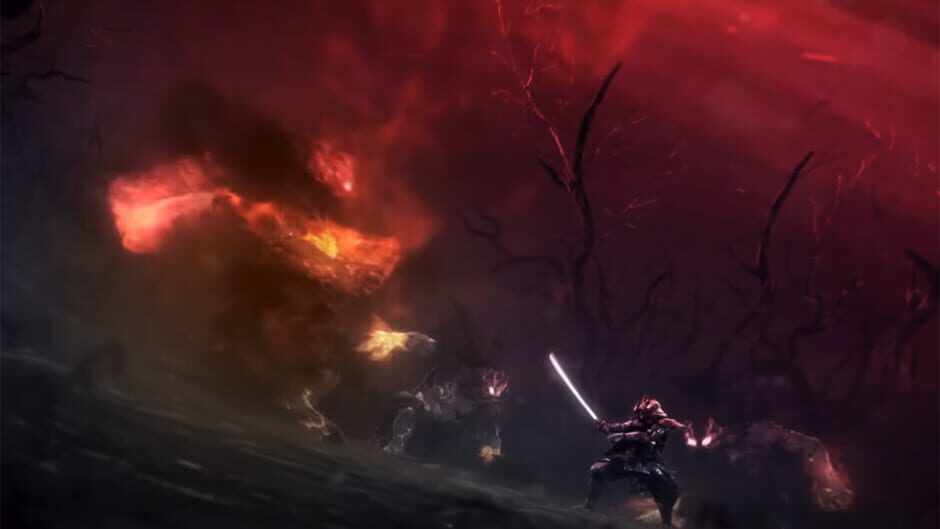 My lone samurai treks through a desolate field of bloody corpses and otherworldly demons, scavenging for gold amongst the dead’s loot. Throughout the course of Nioh 2, they have single-handedly sieged castles, bested some of Japan’s most legendary Yokai, killed the most infamous generals of the known world, and taken every opportunity to bedeck themselves in the finest gear known to man.

They are then killed by a spike trap I did not notice.

This just about captures the feeling of playing Nioh 2. For all its difficulty, it does take the time to let you feel like the strongest person in the room, with simple, little reminders peppered in between that your ego will probably be the biggest obstacle on your journey, and that the game will take any given opportunity to use it against you. Nonetheless, what a journey it is.

An odd marriage of a Diablo-esque loot system and the frenetic energy of Souls-like combat, Nioh 2 manages to hone its identity as something entirely different to both, with the freedom for players to optimise and tinker their builds as much as possible, while still being hampered by the blistering difficulty the campaign offers. It’s a tough balance to strike, but Nioh 2 somehow manages to maintain it almost all the time.

Crucially, Nioh 2 builds upon its predecessor with just about anything a fan or newcomer could have hoped for. There is a greater focus on story and character-building, while the complexity of the renovated skill system and newly introduced demon forms shake up the gameplay.

Above all, Nioh 2 is fun, and what can really matter more than that?

The changes aren’t just grand strokes, either, as Nioh 2 makes a concerted effort to incorporate varied level designs, boss fights, side-quests, and, of course, loot for you to pick up. All this culminates in a complete and entirely rewarding package for players, with an insane amount of replayability for even the fastest and most experienced among them.

For all the areas in which it shines, however, Nioh 2 is not without its flaws, minor as they are. Inventory management can be borderline nightmarish at points, and the slew of mechanics the game holds will likely overwhelm new players, with little help done by the game to unpack them.

The game, as expected, is pretty difficult. Between most enemies being able to two-shot you, bosses being protracted, and varied encounters that demand both patience and observation from the player, Nioh 2 can feel like a trial at times. Of course, this is not innately a bad thing, but it can be a barrier to entry for players unfamiliar with the level of demandingness required by games that base their entertainment factor on overcoming great difficulty.

This said, Nioh 2 still ticks the boxes for a borderline perfect sequel. It maintains the core of what made the first game so thrilling, while updating and introducing new mechanics. Whilst the first game might have been hounded by the tag of being ‘Souls-like’, Nioh 2 really shows to me that the similarities end with its difficulty. No, Nioh 2 is certainly something different. Nioh 2 is electric, it is exhilarating, and it is wonderful. But, above all, Nioh 2 is fun, and what can really matter more than that?