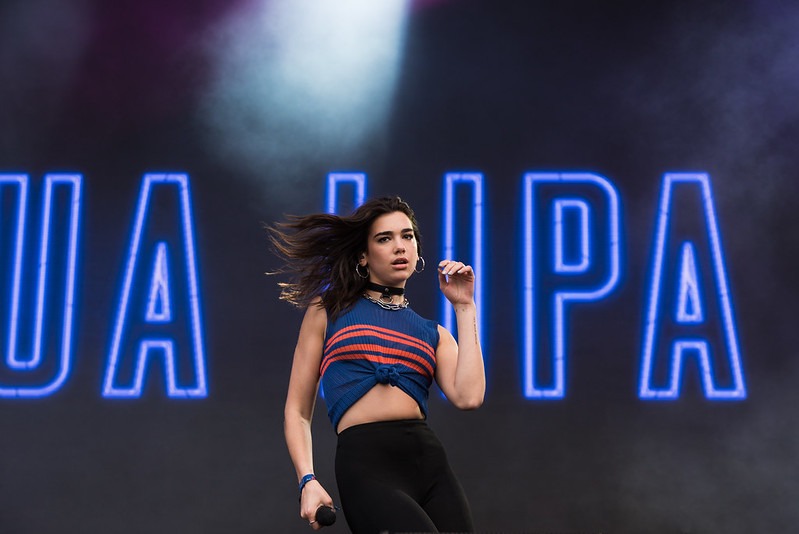 It’s hard to believe that Future Nostalgia is only Dua Lipa’s second album. She seems to have been around forever. The ubiquity of breakthrough singles ‘New Rules’ and ‘IDGAF’, plus a seemingly endless parade of features on tracks from the likes of Silk City and Calvin Harris, have meant that Lipa has never truly been away ever since she arrived on the scene.

It would have been easy for her to churn out a bloated, half-baked record rammed with gimmicky features – she’d have still racked up a truckload of streams. Instead, she’s taken the hard route of crafting 11 feature-free disco-pop tracks – and it’s resulted in quite possibly the best pop album of the year.

The title track makes it clear that this is the work of an artist at the top of her game: ‘Future Nostalgia’ oozes with bold, daring grooves and dancefloor-filling drum patterns

Right from the off, Lipa exudes an unfalsifiable aura of confidence. From braggadocio assertions of “female alpha” through to the swaggering bassline and faux-rapped vocal delivery, the title track makes it clear that this is the work of an artist at the top of her game: ‘Future Nostalgia’ oozes with bold, daring grooves and dancefloor-filling drum patterns.

Lead single ‘Don’t Start Now’, still sitting comfortably in the Top 10 after some 25 weeks, is probably the closest this album comes to her self-titled debut, but it’s executed with significantly more finesse and class. Meanwhile, follow-up ‘Physical’ has racked up over 200 million streams on Spotify. It’s a behemoth of a pop gem, a timeless dance anthem that will easily outlive everything currently surrounding it on the Spotify Top 50. These are perfectly crafted pop songs that demand attention in a way that few of today’s algorithm-driven hits can.

Where Liam Payne and his ilk overload their albums with tracks in the hope of scoring as many playlist additions as possible, Future Nostalgia keeps it tight at a concise 37 minutes. There’s no real filler here – everything that appears on the tracklist is there for a reason. By leaving material from sessions with glitzy producers Pharrell Williams and Mark Ronson on the cutting room floor, Lipa’s willingness to eschew gimmicks and star appeal in pursuit of the strongest songs possible is admirable.

Instead, Lipa enlists the likes of Stuart Price and Jeff Bhasker, who polish Future Nostalgia to perfection, drawing from a broad disco palette while steering clear of anything resembling 80’s pastiche. It’s one of the most aptly titled albums in a long time, deftly building upon en-vogue 80s nostalgia with the kind of fresh melodies and production flourishes that will ensure this record stays relevant for years to come.

The euphoric synths of ‘Cool’, “written in the stars” love of ‘Levitating’ and Kylie-esque ‘Hallucinate’ are all strong enough to have matched the performance of ‘Don’t Start Now’ as the lead single

But it’s not just here that Future Nostalgia excels at straddling opposing concepts. Sampling INXS’ ‘Need You Tonight’ for ‘Break My Heart’ is simultaneously melancholic and euphoric, with Lipa’s self-dubbed “dance crying” alluding to the sad-disco perfection of Robyn’s “Dancing on My Own”. “I would’ve stayed at home, ‘coz I was doing better alone,” Lipa regrets in what is arguably the album’s finest chorus, a rapid-fire melody set to a rubbery bassline and sparkling synth sounds.

On any other release, it’s an obvious choice for a single. But here, almost every track is in the running – it’s an A&R nightmare of the best possible kind. The euphoric synths of ‘Cool’, “written in the stars” love of ‘Levitating’ and Kylie-esque ‘Hallucinate’ are all strong enough to have matched the performance of ‘Don’t Start Now’ as the lead single, but right now they’re languishing as mere album cuts. Only ‘Pretty Please’, a slow jam co-written with Julia Michaels, and the uber-literal lyricism of ‘Boys Will Be Boys’ fall flatter than the rest, though they are by no means helped by the sheer strength of the other nine tracks on offer. It’s one of the most consistently strong tracklists that pop has to offer.

Future Nostalgia has all the hooks and charisma to propel Lipa past the waning ubiquity of Taylor Swift and Katy Perry, and rightfully claim her place as one of the pop stars of the decade. The accompanying arena tour, like so many others, has been pushed back to 2021, but it’s tough to imagine it being anything other than a roaring success for Lipa. By then, a setlist that leans heavy on Future Nostalgia cuts will feel more like a greatest hits than an album-supporting promotional exercise, and that’s solely down to the quality of material the record has to offer. Another album or two to the standard of this one, and Lipa and her nostalgia will be reigning triumphant way into the future.