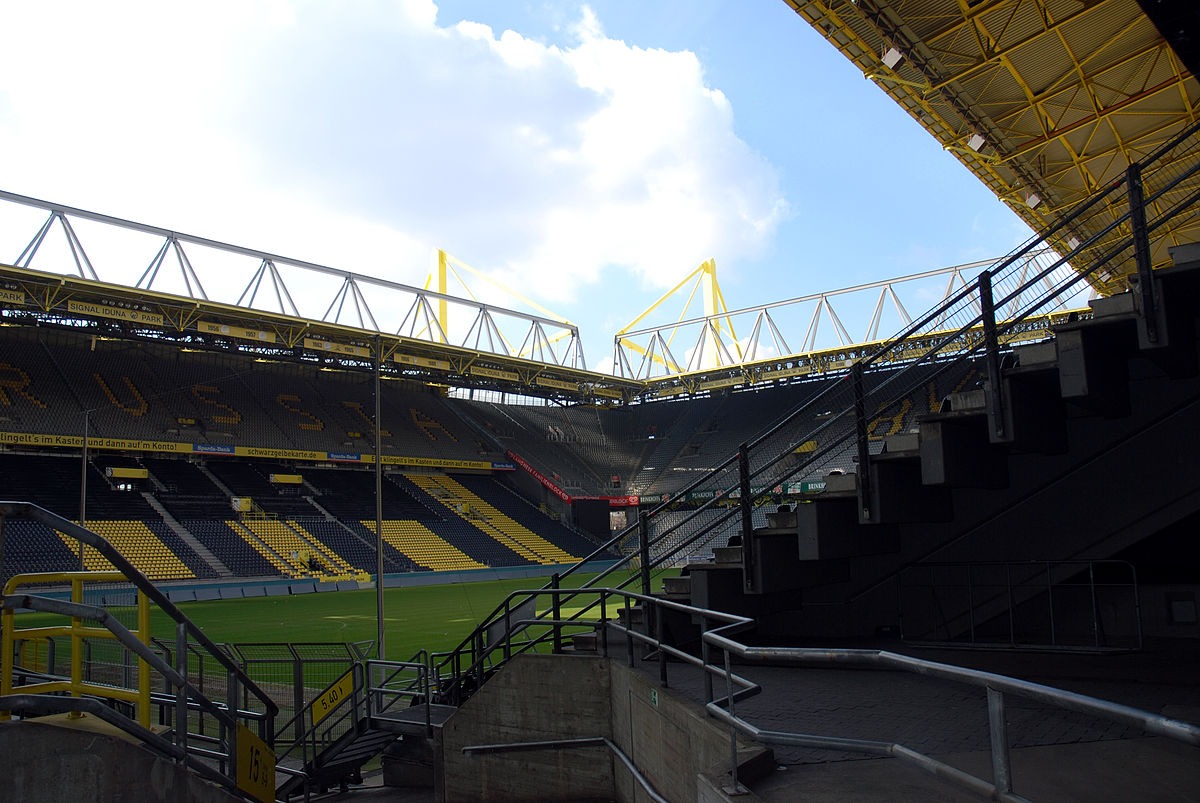 Borussia Dortmund restarted their Bundesliga campaign perfectly, earning a comfortable 4-0 win over local rivals, Schalke. While the lack of spectators at the second Riverderby of the 2019/20 season represents the “new normal” for European football, Dortmund’s dominance told a familiar story for football fans watching the game from a distance. Lucien Favre’s Dortmund remain in the title race, David Wagner’s Schalke have continued their post-Christmas slump.

In a sluggish first half performance form both sides, it was the hosts that went into the break two goals to the good. Dortmund’s first goal came just before the half-hour mark courtesy of Erling Haaland, who was the beneficiary of a sublime exchange between Julian Brandt and Thorgan Hazard in the build-up. A low, driven cross found the Norwegian forward in space at the far post, a golden opportunity that the Dortmund youngster was never likely to miss.

Dortmund’s second goal consolidated what was a poor first half performance from Schalke goalkeeper, Markus Schubert. The German youngster endured a miserable start to the match for the travelling side, gifting the hosts possession in dangerous areas on numerous occasions before the break. On the cusp of halftime, a botched clearance from Schubert landed kindly for Mahmoud Dahoud, who turned provider for the onrushing Raphaël Guerreiro, Dortmund’s second goalscorer. The Portuguese full-back charged down the left flank, before firing a low strike through Schubert.

Schalke were unable to break through Dortmund’s press

In what was a dreary first half performance from both sides, Favre’s side grew into the game despite lacking a touch of dynamism for much of the opening exchanges. Schalke, devoid of pace in the final third, were unable to break through Dortmund’s press, creating few chances that truely worried the Dortmund defence.

Despite making a double substitution at the break, things didn’t improve for Wagner’s side in the second period. Three minutes after the restart, Haaland broke from within the Dortmund half, poking a through ball into the final third despite being upended by Schalke defender, Salif Sane. The ball broke kindly for Brandt, who provided the assist for Hazard – a late replacement for Giovanni Reyna in the starting line-up. Once again, questions should be asked about Schubert’s role in the goal: he was beaten far too easily by the Belgian forward.

Dortmund added a fourth goal to their account just after the hour mark; Guerreiro once again evaded the attention of the Schalke defence to score his second of the match. After dropping into central midfield to gain possession, Bradnt sprayed a well-timed pass to Guerreiro on the left flank. The Portuguese international exchanged a perfectly-weighted one-two with Haaland, before sending a looping effort beyond the reach of Schubert. Dortmund’s build-up play was so precise that most of those in attendance thought the goal would be chalked off by the video assistant referee for offisde: it was a moment that encapsualted the match.

Despite being the brighter side for much of the first half, Schalke ultimately lacked the golden touch across the pitch. Schubert, much maligned for his poor distribution in the first half, never really got started for the visitors, while Schalke’s lack of pace across the field limited their impact in the final third. With Dortmund’s defence stationed withing striking distance of the centre circle for much of the match, Schalke never seemed likley to pose a threat by breaking the lines. The visitors were slow, uncreative, and highly predicatble.

This, however, was not a hallmark performance from Dortmund. Schalke were arguably the better side for spells throughout the first half; it was only after Haaland’s opening goal that the hosts started to come to life. Weston McKinnie was a sturdy performer for Schalke in the centre of the park; once again, his failure to react quickly to danger was an issue for the visitors. Amine Harit was quiet for Schalke, failing to deliver the performance many had come to expect from the Moroccan youngster.

Borussia Dortmund’s 4-0 win brings them within one point of Bayern Munich at the top of the Bundesliga, although their title rivals are yet to play this weekend. In what was an eerie contest, Dortmund were simply clinical – recovering from a poor opening twenty minutes. The Bundesliga is back, and Dortmund remain in the title race. Schalke, meanwhile, continue to slip away from the Europa League qualification places.