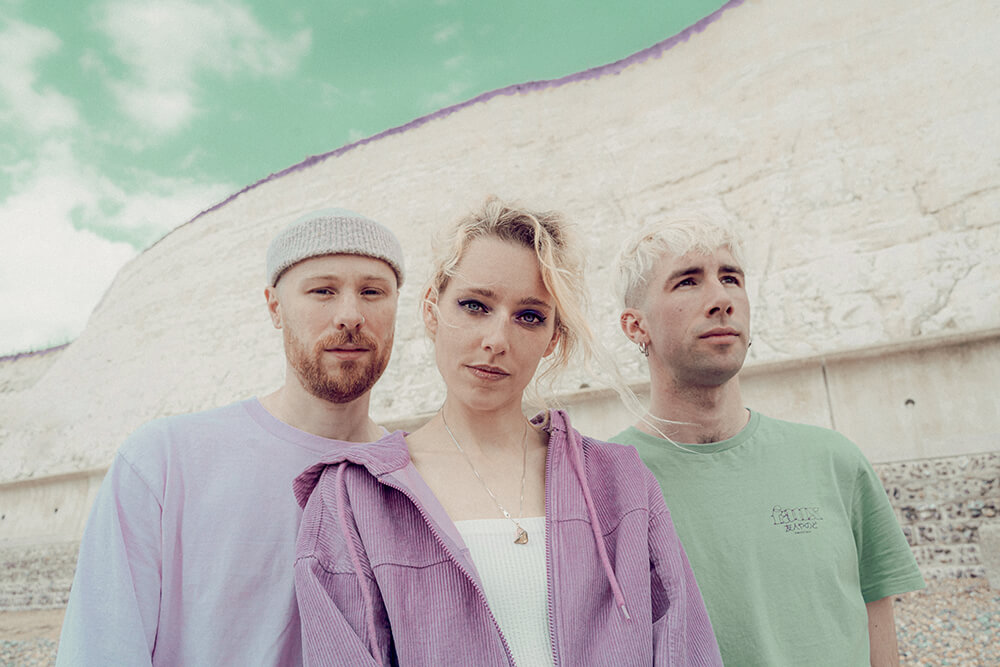 “Kaleidoscopic shoegazey alt-pop”: according to Brighton-based band CIEL, that’s what you can expect from their new EP, Movement. The record is a warm, hypnotic cuddle to the ears and a welcome bit of bliss in these strange, uncertain times.

Movement has been described as dream pop. When asked whether they feel that the label does it justice, front-woman Michelle agrees: “I think the music relates to a lot of artists in the genre. However, the record has a bit of a more shoegazey side to it as well with jangly guitars and snappy drums.”

Between enchanting vocals and sharp drum fills, all four songs retain a palpable, transportive sincerity. Their fearless honesty demands attention and drives home the EP’s message of change, growth and becoming more open. Despite the lyrical elusiveness and nostalgia-inducing echoes of ‘It’s Not All the Same’, you can’t help wanting to listen.

Michelle admits that the third track ‘Same Old Times With U’ is “one of [her] favourite tracks to play. It ends in quite a long instrumental part which is fun to play live.” Nostalgia is one of the things that Movement captures so effortlessly, particularly in this third song.

In describing the dynamic with producer Jack Wolters, Michelle comments: “We were entirely on the same page about the production vision of the EP. I think it really helped that we are inspired by a lot of the same bands!” She goes on to say: “Jack had a really creative approach for making the guitar sounds and we really took the time to find the right sounds for all the parts of the songs.”

“I felt I was living every second of my life thoroughly”

Movement explores a turning point in Michelle’s life when she moved back to Brighton, her adopted hometown. ‘The Shore’, released in January as one of the lead singles, inspires a very real feeling of waiting for something to begin. Its wistful melodies and the poignant images of the sea are the perfect embodiment of this liminality.

“The sea is such a huge space of nothingness, it reaches out endlessly,” she tells me. “Even though I was in a momentary in-between state – when I wrote the song it felt like I was unable to seize the moment without any perspective of this to change in the nearby future.”

This all began to change for Michelle, though. “I wrote the song before I moved to Brighton. Brighton actually changed this for me and the first few months when I moved here I felt I was living every second of my life thoroughly.”

Though everything seems to be standing still, the band have not let this come in the way of their work

Like their music, CIEL has a very distinct image and style. In the EP cover artwork, made by Michelle and guitarist Jorge, they achieve an ethereal seafood green colour palette made from merging processed newspaper images and photoshop.

In the music video for ‘The Shore’, our eyes are immediately drawn to the pastel blues, greens and lilacs that reflect the band’s dreamy, kaleidoscopic sound. When asked what her favourite part of the video is, Michelle replies: “the video hasn’t really got a start-to-finish storyline, but moreover gives away a vibe and certain feeling, that suits the lyrics. Everyone can relate to it in their own way.”

Like many other artists, CIEL has had to re-schedule their upcoming shows and tours. Though everything seems to be standing still, the band have not let this come in the way of their work. “In a way, this crisis gives us the time and space to write and create new music,” Michelle says. “When all this is over we are planning to go back into the studio and record new stuff.”

The EP offers anthem after anthem for anyone grappling with uncertainty and the self-isolation blues. It’s a welcome reminder that although the world might be on lockdown, there’s nothing to prevent us from turning up the volume on our speakers and moving to the mesmerising tunes of new records just like the title of CIEL’s beckons you to do.