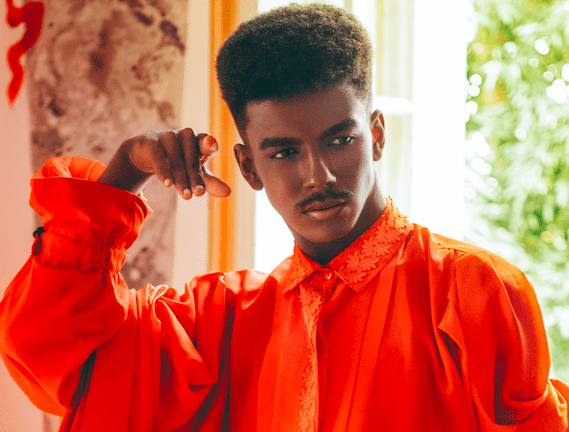 By Molly Powell
May 18, 2020
Posted in Fashion throughout the decades, Lifestyle

With today’s male fashion icons disregarding traditional stereotypes of masculinity, the image of the ‘macho man’ as a style icon could be gone forever. The fashion industry is changing forever to cater for androgyny.

Fashion plays a huge part in how we express our identity to the outside world. Whether we set trends, are a keen follower or resist them – fashion changes how others perceive us. Throughout the years, definitions of what makes people more ‘masculine’ or ‘feminine’ have been explored through fashion styles and can construct what we, as a society, deem as attractive at a given time. There is no denying that masculine and feminine ideals are tied to fashion, but in recent years these boundaries have been pushed by the mainstream fashion industry.

The likes of Harry Styles and Timothée Chalamet have proven that people don’t have to conform to traditional masculine ideals to be considered stylish or desirable. It seems the recent societal shift of being more open and accepting towards gender fluidity, combined with reduced pressure to conform to gender roles, has meant that fashion icons like these are more willing to explore androgynous styles.

Androgynous style icons are not a new phenomenon

Stereotypes of masculine or feminine styles are being pushed to one side, and we are more so allowed the freedom to wear whatever we find appealing, regardless of its recommended gender. Of course, this freedom was always available, but it now feels welcomed and normalised, partly due to the introduction of androgynous fashion by these new fashion icons.

Indeed, androgynous style icons are not a new phenomenon, they were present over the years with David Bowie, Prince, Marlene Dietrich, Coco Chanel, Boy George and Twiggy to name a few. Yet, there has definitely been a shift in acceptance in the last few years. For instance, in just 2014, Kid Cudi was mocked for wearing a crop top when performing at Coachella. By 2019, males and females alike were copying this trend at the festival.

One of the main reasons for the historical tradition of tying masculinity to men’s fashion was the lack of discussion around gender as a social construct. In more recent times, the mainstream media have focused on issues relating to gender, such as the adverse effects of stereotypes and the pressures men can face, which often go unnoticed. Although these issues remain unresolved, society, in general, has recognised its previous restrictiveness and is more open to ‘unconventionality’. Just one way this has been expressed is the increase in male make-up artists across different types of media, who are welcomed on their pure talent alone.

A genderless, open-minded approach to fashion could be the future

The fashion industry is capitalising on the concept of a ‘new man’ as someone who is realising that the stereotype of a ‘macho man’ style doesn’t have to be the only option. A global survey by the Center for the Study of Men and Masculinities in New York concluded that just 7% of men relate to the way masculinity is depicted in the media – suggesting that this stereotype is outdated and out-of-touch.

People of all genders are beginning to recognise that a genderless, open-minded approach to fashion could be the future. In 2015, Selfridges launched an ‘agender concept space’ which they describe as a “unique genderless shopping experience across fashion, accessories and beauty.”

Androgynyous fashion can be altered to suit your own style

Fashion icons such as Chloë Sevigny and Cara Delevingne have also shown that androgynous fashion can be altered to suit your own style and dressed in a way that appears both laid-back and sexy.

I would be more than happy to live in a society where clothes are genderless. In fact, I have many items in my wardrobe that are unisex from brands such as ASOS, which have an extensive range of unisex and genderless clothing, as well as tops that are labelled as male purely because I like the design. In a world that is becoming increasingly label-less, clothes are an excellent point to start, as they are a product consumed by everyone. These changes may even cause more people to be a little more accepting of fluidity.