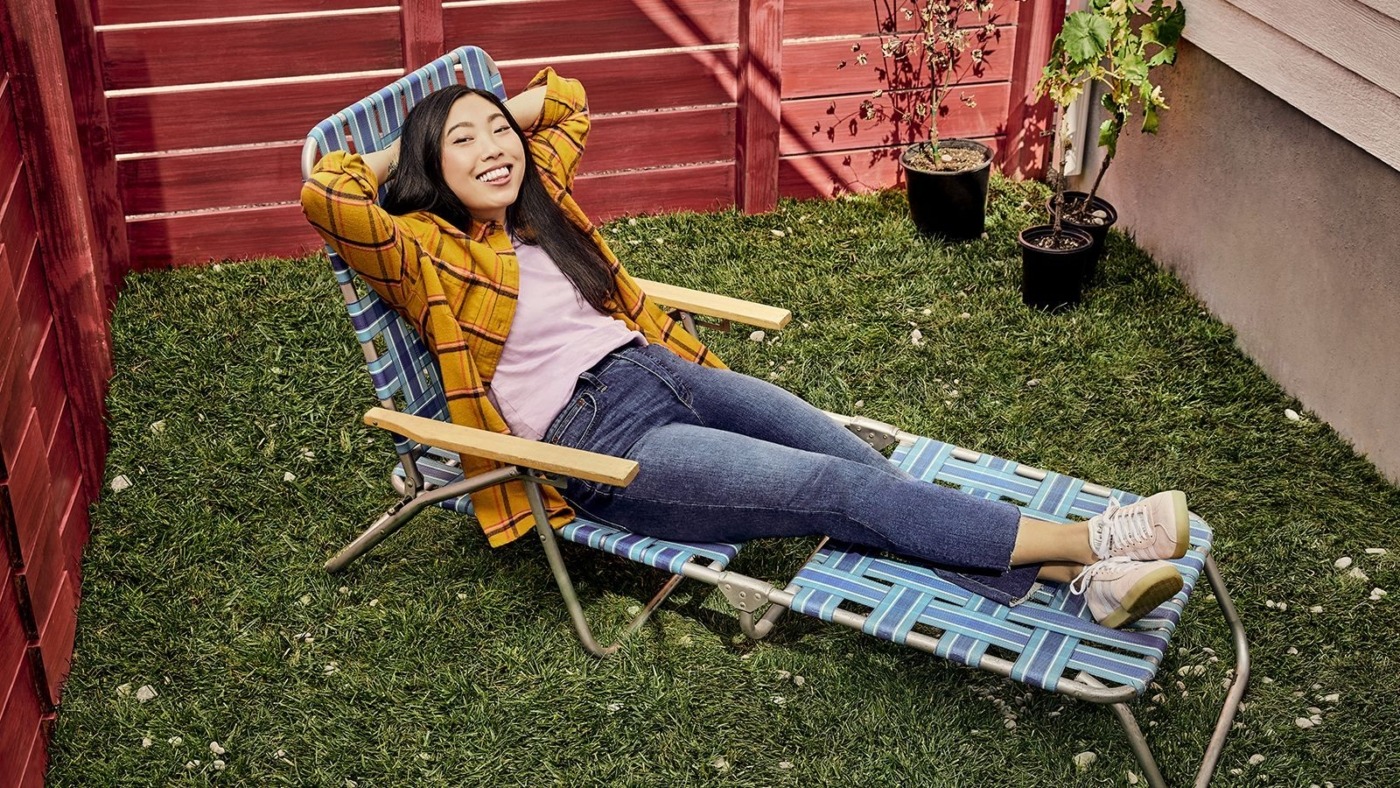 I wasn’t sure if I should be ashamed that I didn’t when my friend asked me while we were leaving the cinema after Crazy Rich Asians. Don’t get me wrong, seeing Asian actors on the big screen trading jokes and insults I’ve grown up hearing my entire life was an incredibly gripping, extraordinary experience. But the movie was about crazy rich Asians. Like watching any Disney movie, you’re reminded that it’s not real, and it’s intentionally out-of-touch.

It was through Crazy Rich Asians however that Awkwafina shot to Hollywood and worldwide audience’s consciousness. The 31-year-old Asian-American actress-comedian and her signature voice (much like Natasha Lyonne’s, who starred in Orange is the New Black and Russian Doll, and even guest-stars in the show I’m about to review) enraptured me. Upon being suggested clips of Nora from Queens on Facebook—including one where Nora, played by Awkwafina herself, adamantly asks the salon to bleach her virgin Asian hair, only to be transformed into a Chinese-Korean female Chucky—I was fascinated. And being quarantined gave me the perfect five hours to binge the 10 half-hour episodes straight.

Unlike the deliberately over-the-top Crazy Rich Asians, Nora from Queens moved me to tears with its familiar normalcy and plausibility

Nora, also Awkwafina’s real name, is a 27-year-old woman who is unemployed and lives in Queens with her father (B.D. Wong) Wally and grandmother (Lori Tan Chinn), both of whom are Chinese. She’s constantly overshadowed by her Silicon Valley-hotshot cousin Edmund (Bowen Yang), whose only flaws seem to be having a vestigial tail and public speaking. She tries to move out after Grandma tells her off for hoarding, taking up odd jobs like recklessly driving for a ripoff Uber (until her car is towed after she’s caught sleeping in it without wearing pants) and webcamming with her friend Chenise as a sexy “dragon lady” (prior to burning down Chenise’s apartment after her costume’s tail catches fire). Ultimately and a further series of comic misfortunes later, she finds her way back to Queens, welcomed with open arms and into her family’s unconditional love.

Unlike the deliberately over-the-top Crazy Rich Asians, Nora from Queens moved me to tears with its familiar normalcy and plausibility. In six years, I could very well see myself as a Nora (as frightening as the thought is), because the Comedy Central show manages to be so realistic about adulthood and what you’re not taught about it. It very skilfully points out how little we’re educated about opening and managing a bank account, taxes, maintaining personal identification documents like birth certificates and social security numbers, and other “adult essentials”. The stark realism of not being able to move out because of sustained unemployment is as relatable as it is haunting. Awkwafina, who in 2013 was making $9 an hour at a vegan bodega (and five years later, giving a speech at the Golden Globes as the first Asian American woman to win an award for best lead actress), gives a flawlessly down-to-earth performance of Nora and her life in Queens.

Awkwafina, who in 2013 was making $9 an hour at a vegan bodega, gives a flawlessly down-to-earth performance of Nora and her life in Queens

But the show is not without its “fairytale element”: her loving father and grandmother are never “unhealthily” disappointed in Nora’s deadbeat lifestyle. They’re always there for her, no matter how low her luck has stooped, and there’s never a moment she can’t rely on them. In particular, Lori’s performance as Grandma is tear-jerkingly sweet. The actress, who was preparing herself to go on food stamps before snagging the role—which unlike her past performances, weren’t “written by non-Asians and portraying us the way they want us to be portrayed”—symbolises the generation of diaspora preceding China’s Cultural Revolution, always dreaming of better days until they reach “the land of the free”. Grandma is never pessimistic and never fails to cheer Nora up; there’s even a full episode shot in the style of a Korean drama, “Grandma & Chill”, dedicated to her fantastical journey and personality (and riotous former Mao-enthusiast best friend, Shu Shu).

Yet the show never loses sight of its realism, be it through B.D. Wong’s portrayal of the awkward dad who doesn’t know how to talk about childbirth, or the pressure-cooked Edmund, who can’t face his father because his multimillion-dollar business still isn’t on par with that of his Stanford classmates. However, Nora from Queens reinforces these Asian stereotypes as much as it challenges them, through Wally’s jarring New York accent, his admission of being a frustrated single parent, Nora’s uncontrollable queefs, and her elaborate masturbation routine. Growing up in a Chinese household, and having spoken to multiple friends throughout their coming of age, I can attest to the unspoken rule that you don’t talk about these things in an Asian family. “These things”, as in identity crises (being Westernised, being bisexual), feelings (mental health is a myth), and sexual health (no, I’ve never had THE talk), to name a few. They’re strictly taboo in an Asian household, but Nora from Queens is wholly unafraid in addressing them.

Nora from Queens is wholesome, uplifting, hilarious and unapologetically Asian, and I cannot wait for its second season

I cannot recommend the show enough because being seen moved me beyond expectation. It’s an absolutely expert screenwriting masterclass in how to accurately portray Asian characters (and not just use them for comic relief), for one. It was like seeing the inside jokes in “subtle asian traits”—a Facebook group created by teenage Australian-Asians in 2018 which now boasts over a million members, trading memes and celebrating news like Parasite tiding over the Oscars—come to life. Nora from Queens is wholesome, uplifting, hilarious and unapologetically Asian, and I cannot wait for its second season.

‘Upright’: comedy and sorrow balanced on a knife’s edge