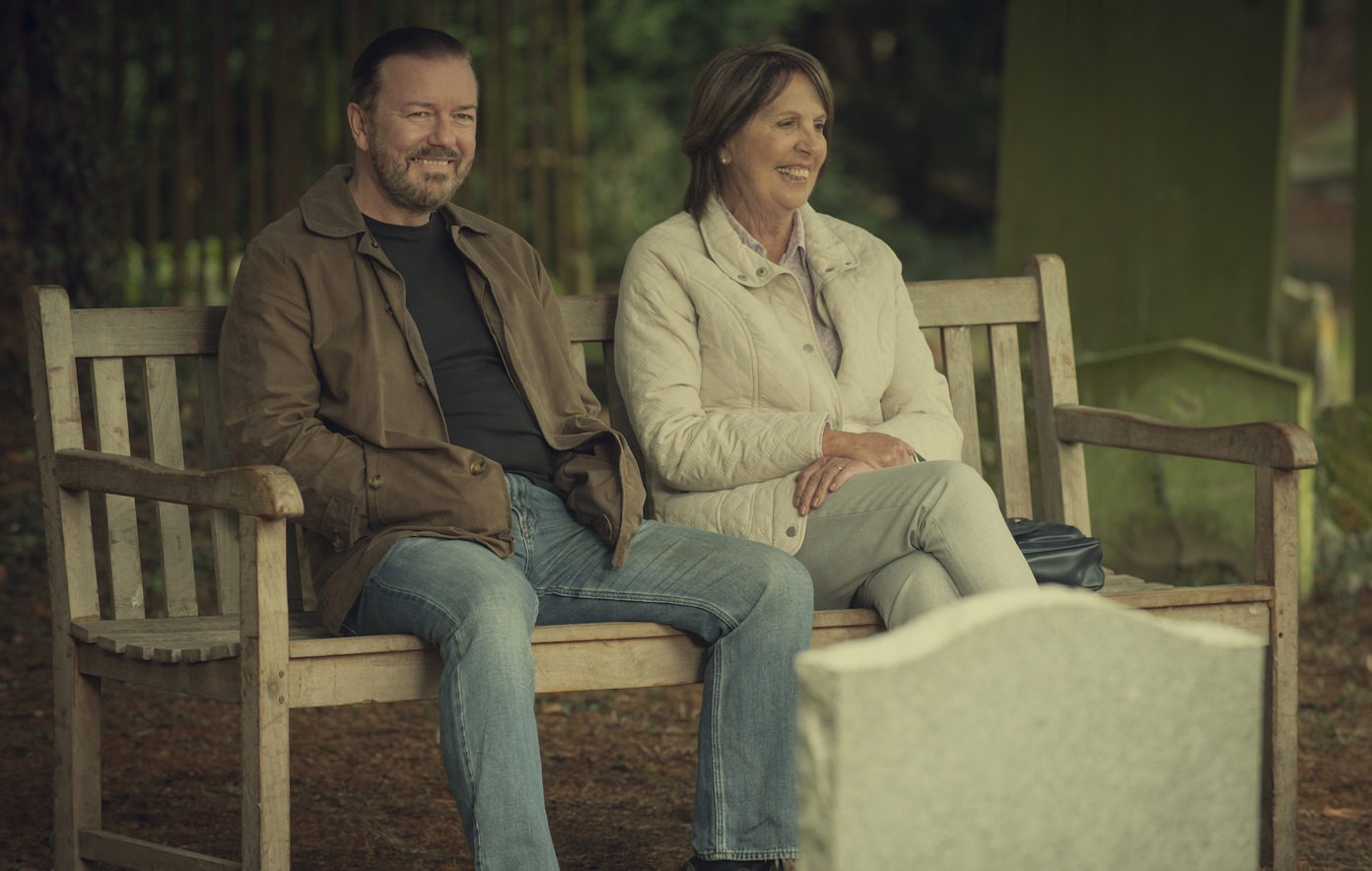 ‘After Life’: a heavenly return or a hellish flop?

Once I had discovered After Life was returning for a second season, I felt both excited and intrigued. I thought the first season was brilliant and had potential to develop plots further, but I also wondered how Ricky Gervais could expand upon the first season’s rather conclusive ending. Nevertheless, once the highly-anticipated wait was over, I involuntarily binge-watched season two, and I have to say the show has been taken to new heights.

After Life follows the life of Tony (Ricky Gervais), a newspaper journalist, who is struggling to come to terms with losing his wife Lisa (Kerry Godliman) to breast cancer. The first season showed us that Tony’s only way to cope with life, after dabbling in drugs and coming close to suicide, is to punish the world around him by saying and doing what he feels. However, season two starts with Tony clearly determined to be kind to others and have a more positive outlook on life. But is it ever that easy? Not only does Tony still severely suffer grief, but another series of unfortunate events, both in his personal life and his work life, culminate to bring him down once again.

Many of us are familiar with Gervais’ comedic style from The Office, but his ability to create such raw and profound emotion in Tony’s character is astonishing

Being the creator, producer and director of After Life, Ricky Gervais does a brilliant job of portraying Tony in such a genuine and heart-warming way. Many of us are familiar with Gervais’ comedic style from The Office, but his ability to create such raw and profound emotion in Tony’s character is astonishing. Two particular scenes exceptionally reflect this: his frequent graveyard-bench chats and confessions with Anne (Penelope Wilton), and his daily cry behind a laptop screen (and a glass of wine) displaying video memories of him and his wife. These scenes allow us to be intimate spectators of Tony at his weakest level, as we see the shell of a crushed man who usually hides behind a cantankerous persona.

Of course, though many enjoy the insights into Tony’s mental health and the accurate representation of bereavement, we need uplifting themes as a balance. This is exactly what After Life succeeds in with its star-studded comedic cast. Joe Wilkinson and Roisin Conaty, both regulars on 8 Out of 10 Cats Does Countdown, embody their quirky characters (Pat and Roxy) so well. One of my favourite comedic scenes is when postman Pat (yes, what a lovely coincidence) asks to pop to Tony’s bathroom, and then proceeds to take a bubble bath. His unawareness of being such an inconvenience makes every annoying thing he does even funnier. On another level of dark comedy, however, is the psychiatrist (Paul Kay); Kay’s skill to make a character so outrageous and so dislikeable with his severely dark humour is masterly performed. I wonder how many times it took to film his many audacious quips without cracking a grin.

I appreciate the show’s depiction of real issues, displaying not only grief, but the hardships adults face as their parents age

What makes the show really stand out is the clever writing which ties all these various elements together. Each episode of After Life season two presents Tony’s daily routine: from waking up to his faithful companion Brandy the dog, to visiting his dementia-ridden father (David Bradley) at the local care home, to his treks around Tambury interviewing interesting people for the paper. This style of writing, along with the scripted dialogue, creates a real down-to-earth viewing. I appreciate the show’s depiction of real issues, displaying not only grief, but the hardships adults face as their parents age. It’s a stage of life so common to so many people, but has rarely been portrayed in such a thought-provoking way. Still, Gervais cleverly neutralises the heavier themes of pain and dementia with the caricature figures dotted about Tambury. We meet interviewees, from a young woman whose had so many appearance enhancing procedures that people can no longer decipher whether she’s laughing or crying, to a village fool who took a year to twig that the letter box he had regularly deposited letters into was in fact a dog waste bin.

Many fans of After Life turned to Twitter to share their praise and confess their ugly crying, but some critics didn’t share this love for the show. Some commented on the inaccuracy of Tambury, being intended as a rural village but having blatant London exteriors. But honestly, if people feel the need to nit-pick minor aesthetics of the show, the whole meaning behind the show must have gone over their heads.

Nevertheless, the fact it has only just been replaced from its #1 position on Netflix, weeks after its release, shows just how many people enjoyed it. And if you like shows which one minute have you tickled with witty humour, and the next have your eyes welling-up with relatable touches of emotion, After Life will be a unregrettable watch for you.