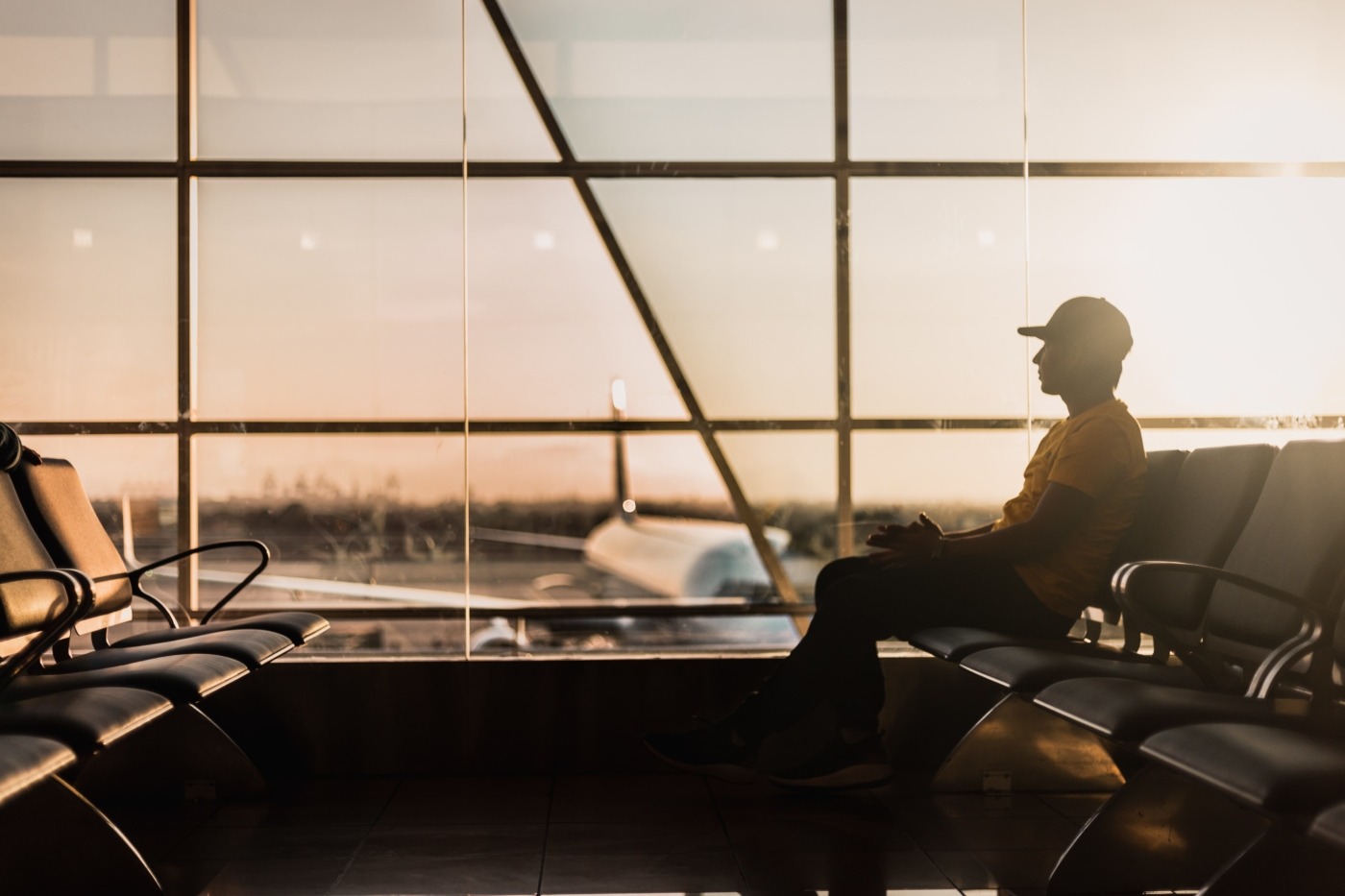 On the 17th of March, Durham University student Maya Prowse issued a desperate plea to the British government via Facebook from Peru, asking people to share her story. Due to travel restrictions following the recent Coronavirus outbreak, she found herself unable to return home from her year abroad in South America. She recounts how the British Embassy in Lima shut down, how her dad was placed on hold for an hour and a half with the Foreign and Commonwealth Office (FCO), only to eventually be cut off, and that for a long time, all Brits were simply told to contact their airlines for further information. Her distress, as well as her critique of the British government is evident: she asks them for more “guidance, clarity and reassurance, (as well as a way home).”

We’ve been hearing horror stories about stranded students like this one left, right and centre. Warwick have their own fair share, particularly concerning international students trying to return home. Polina Goupalo, a Film Studies student has found herself stranded in Warwick after her flight home to Cyprus in late March was cancelled. Other flights were made available to her, but Polina was still unable to return home. Cyprus had reacted to the pandemic much faster than the UK and they quickly began to restrict entry to the country. Cypriot nationals would only be permitted to return if they could provide the authorities with a health certificate stating that they weren’t carrying the virus – a certificate Polina couldn’t imagine acquiring from the British health services anytime soon, considering the low levels of testing taking place on this side of the Channel. She sympathises with her homeland: “our healthcare system really isn’t great, and we don’t have a lot of resources, so it makes sense for the government to take these strict measures,” also mentioning that the Cypriot government is offering their stranded students €750 and even sending them food packages. On the other hand, she deplores the UK’s slow reaction, calling it “shocking” and labelling the lockdown measures as “relaxed” compared to Cyprus’ nine o’clock curfew and heavy fines. Despite being resigned to staying and recognising the risks involved in travelling, she does heartrendingly articulate her sadness about not being home: “I was really looking forward to going home and seeing my family whom I haven’t seen in over a year.”

Distressing narratives not dissimilar to Polina’s and Maya’s have been circulating in the media continuously over the last few weeks, weighing up the role of universities and the government, debating how much these should intervene in the repatriation of students. The answer is simple: they both could and should be doing more to those feeling anxious or nervous about being so far away from loved ones and home during this difficult time.

Universities and the government could and should be doing more to those feeling anxious or nervous about being away from home.

There are, however, young people who made the conscious decision to stay and wait out the lockdown in a country that isn’t their own – students who don’t necessarily feel stranded at all.

A recurring pattern soon emerged. Students that had chosen to stay put seem to have mainly done so for their own health and safety. Fiona Holdsworth, a Modern Languages student at Warwick moved to Paris earlier this year as part of her year abroad. When France announced its lockdown in early March, Fiona decided to complete her internship from the comfort of her new Parisian home. Fiona felt that this was a “less risky” option and that in France “it [would] be over faster as the peak [seemed] to be a lot lower than it [would] be in the UK.” After all, the confinement measures to tackle COVID-19 are much stricter in France: “you need a signed form with you to explain what you’re doing if you leave the house,” she says, “the fine is higher if you are caught outside for a reason deemed non-essential, and you can’t leave for exercise for more than one kilometre.” Although Fiona admitted that if she was ill and required medical attention she would prefer to be in the UK, she was more concerned about travelling home and infecting her family, than physically being with them. Amana Frances, a Liberal Arts student at the University of Durham, also chose to remain in Paris to complete her year abroad work placement. Much like Fiona, she told The Boar Features she “felt very safe” in Paris and “appreciated the way the French government were dealing with it.” When lockdown was announced in France, it seemed to her that the UK government, who at the time were avoiding strict confinement measures and favouring a herd-immunity policy, was comparatively doing “very little.”

Students who have chosen to stay abroad seem to have mainly done so for their own health and safety.

German and Politics Warwick student Will Carr also chose to remain in the Austrian town of Landeck, where he was carrying out his British Council assistantship. He spoke about a few people he knows who made the trip to Vienna in an attempt to get an indirect flight back home but clarified that he didn’t want to try this himself as it felt “too risky”, considering the number of flights being cancelled and the risk of infection. Although he mentioned that “it will be nice to get back to the UK when it is possible to do so,” he reiterated that he feels safe in Austria. The lockdown measures there are strict: three-thousand-euro fines if you are caught outside for reasons other than those permitted by the government, compulsory facemasks for supermarket trips. And they’re working: case numbers are dropping, whilst in the UK, the peak has not yet been reached at the time of writing. University of Birmingham Modern Languages student Lucy Mountain, who was spending her year abroad in Milan, also talked about how after she “panic-booked” a flight back to the UK, she eventually chose to stay in Italy. She says that despite being in one of Italy’s most hard-hit-cities, she does feel safe and like Will, is more worried about the high risks involved in travelling back home.

However, health and safety were not the only things that swayed many of these aforementioned students to stay. Economic factors were also at play for some. Warwick student Wicky Guo explained that travelling home to China was just as unaffordable as unsafe at the moment – she knows a friend who bought a single ticket for over £1990. She was also informed that once she reached China, she would have to pay for the costs of her quarantine in a hotel room or in hospital, including medical tests and meals.

Others had their degree in mind. Like PPE Warwick student Victor Chavdarov, who chose not to fly home to Bulgaria in part for this reason: “I’m more productive here,” said, adding that by staying in the UK he benefited from a bigger flat and more freedom. Wicky similarly worried that if she went home it would be more difficult to complete her final assessments due to time differences and website restrictions. Lucy also discussed the impact travelling back to the UK would have on her Italian: “even though I’m not getting a full immersion, [by staying] I won’t be impacted as hard going into final year,” she concluded.

Finally, those on their year abroad almost all talked about a certain sense of disappointment, nostalgia or regret they wanted to avoid. Fiona worried that if she left, she wouldn’t be able to come back. Amana simply states that, health risks aside, she “didn’t feel ready to leave France yet.” She got on with her flatmate, she had a nice apartment in the 15th Arrondissement, and she wanted to resist the panic: “When everyone was leaving in a mad rush, people were leaving apartments full of their things, and not having a chance to process it. I decided I would rather take the risk of having to wait a little longer to get home than to have a super stressful departure with no closure,” she says, “[I] though that the time in confinement in Paris could be an interesting part of my year abroad experience, as opposed to a reason to leave.”

Those on their year abroad talked about a certain sense of dsappointment, nostalgia or regret they wanted to avoid.

Many people would argue that choosing to quarantine in a country that isn’t your own because you are afraid of making the rather risky trip home is synonymous with being stranded. However, being stranded implies being desperate– and whilst some of the students interviewed may have been homesick or stressed, none felt desolate. Furthermore, the risky trip wasn’t always the determining factor. Many of these young people have chosen to regard confinement abroad as an opportunity to deepen their knowledge, to hone their language skills or to discover yet more about the culture they are studying. Some also felt safer abroad than in the UK, and they aren’t wrong: World-leading disease data analysts have projected that the UK will become the country worst hit by the coronavirus pandemic in Europe, accounting for more than 40% of total deaths across the continent.

Many of these young people have chosen to regard confinement abroad as an opportunity to deepen their knwoledge, to hone their language skills or to discover yet more about they culture they are studying.

Not everyone is stranded and scared, and whilst those seeking repatriation should most definitely be receiving more support, at least a few students, both in and out of the UK, seem to be satisfied in their foreign confinement.