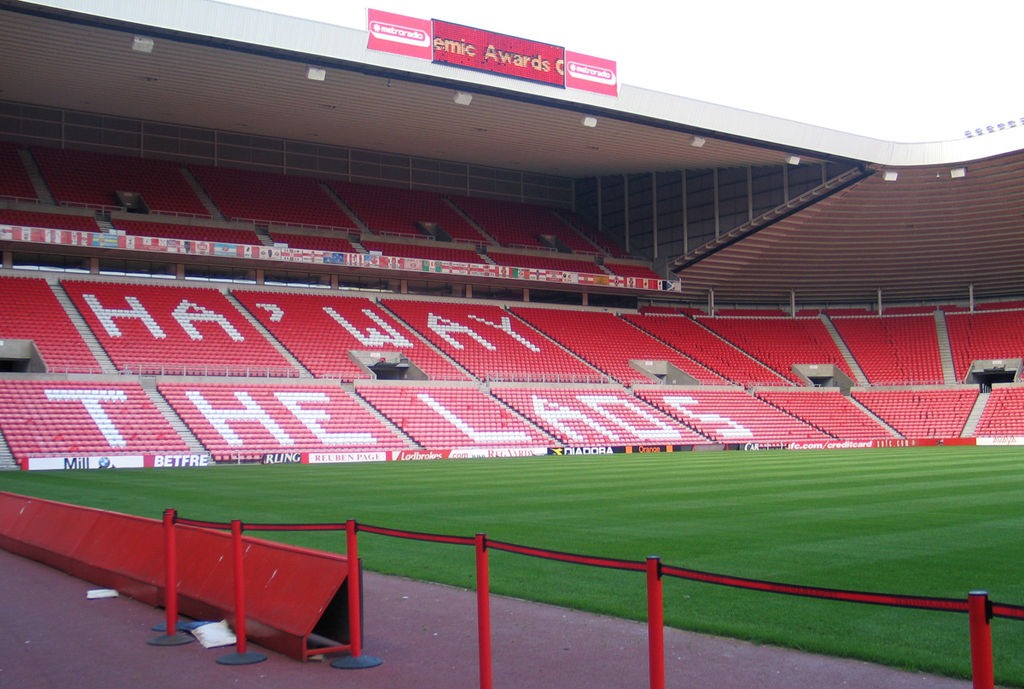 ‘Sunderland ‘Til I Die’: reliving a second season of turmoil

For those craving a footballing fix during this impromptu off-season, there is a plethora of football-related content available on Netflix, YouTube and Amazon Prime to keep you going throughout the summer. The most recent of these releases is the new series of Sunderland ‘Til I Die, an in-depth documentary revolving around the demise of Sunderland AFC.

As expected, season two carries on from the first, with Sunderland down in League One after suffering successive relegations from the Premier League. With a new owner, manager, and staff in charge, there is a hopeful atmosphere around the club as they start their bid to win promotion back to the Championship.

It is safe to say that, much like in the first season, not much goes right for Sunderland. Their star player and perhaps the only good to come out of Sunderland’s 2017/18 season, Josh Maja, rejects a new contract in favour of a January move to Bordeaux, jeopardising their promotion chances unless they can find a suitable replacement. That replacement eventually came on the brink of the transfer deadline in the form of Will Grigg, Wigan’s main striker and a Northern Irish cult hero. In his first few months, however, he definitely was not on fire, failing to seal victories for Sunderland as they continued to draw against mid-table teams, seeing them slide into the Play-Off places.

The result did not spur them on further, as Sunderland suffered further heartbreak in the Play-Off final

One of Sunderland’s triumphs, and subsequent failures, came in the Checkatrade Trophy, open to League One, League Two, and Under-21 sides. Upon reaching the final, however, Sunderland fans were left distraught after their team lost to Portsmouth, one of their main rivals for promotion, 5-4 on penalties. The result did not spur them on further, as Sunderland suffered further heartbreak in the Play-Off final, once again losing at Wembley to Charlton in the very last minute of added time, condemning them to spend another season in League One.

What makes this dismal season so compelling is it is a relatable and unenviable situation, one that I am familiar with as a Blackburn Rovers fan. Not every team can be Manchester City or Juventus, or make documentaries telling their stories of success where the only problem they have is which £50m full-back they can sign to replace Benjamin Mendy. For every victory, success story and fairy-tale promotion, there is a Blackburn Rovers. There is a Sunderland AFC.

While Sunderland ‘Til I Die portrays the football matches themselves well, more time is given to the fans and owners than in other football documentaries, which works out best on two fronts. By having a truly all-access pass to the operations of the football club, Sunderland ‘Til I Die gives a brutally honest account of life running a struggling side, seeing the brand new owner, Stewart Donald, struggle with having to make cuts, negotiate player contracts, and manage an expensive last-minute deal for Will Grigg in the January transfer window.

The documentary also focuses on Charlie Mevthen, Sunderland’s new Executive Director, who has been taunted on Twitter for being “a real-life David Brent”. His blunt man-management style and passion for huge marketing events made him a particularly unique individual to follow through the course of the season.

Unsurprisingly, it is the fans who steal the show in Sunderland ‘Til I Die. To the residents of Sunderland, the football club means everything. It is the heart of the town, and a huge part of the community, which is why it is so hard to watch the fans struggle through Sunderland’s woes. As frequently referenced in the show, including during a particularly odd Brexit march sequence, Sunderland is not the most affluent area. The song playing during the opening credits, Shipyards, is a reference to the gradual closing of Sunderland’s shipyards, previously the sole opportunity for workers in the city.

As a documentary made by two Sunderland fans, I can only imagine the pain they experienced every day, having to edit footage of their club faltering

Football is an escape from a troubling and uncertain world for many, and to see the club they hold dear fall at the last hurdle can be hard to watch for both Sunderland and non-Sunderland fans alike. As a documentary made by two Sunderland fans, I can only imagine the pain they experienced every day, having to edit footage of their club faltering and floundering in successive Wembley finals.

With Sunderland sitting in seventh place prior to the EFL’s suspension, things don’t look to be getting better for the club. The creators have already ruled out a third season documenting the 2019/2020 campaign, stating they are waiting for a new angle to arise, perhaps if Sunderland reach the Premier League again. After witnessing the transfers, tackles, and tears alongside Sunderland fans these past two years, I sure hope they get there.