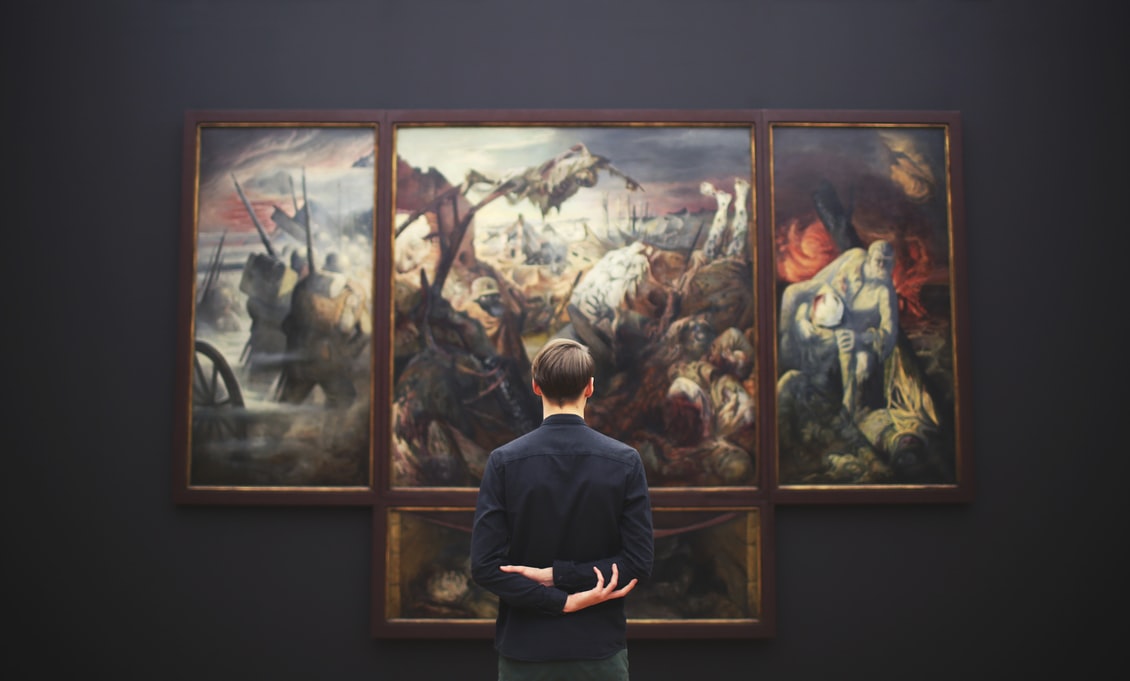 The tragedy of stolen art

In the early hours of Monday 30 March this year in the Dutch town of Laren, thieves smashed through the front doors of the Singer Laren Museum, and stole the 1884 Vincent Van Gogh painting  The Parsonage Garden at Nuenen. The painting, on loan from the Groningen Museum, has since been valued at up to €6m (£5m) – a worthy prize for any daring thief.

Art thefts are well-known for causing a media frenzy and public uproar. After the initial shock, detectives and internet sleuths scramble tirelessly to discover new leads that might bring about the return of the art. This chaos, as well as the anger that art thefts provoke, is symptomatic of a cultural loss – not just a monetary one. This sets art theft apart from your everyday theft.

We can learn a lot from the colourful history of art theft. Some of the most famous paintings in the world, such as Leonardo da Vinci’s Mona Lisa and Edvard Munch’s The Scream, have fallen prey to these thieves of culture. During World War II, the Nazis famously stole (and sometimes destroyed) thousands of works of art when looting occupied territories, and sadly many of the works they stole have never been found.

Interestingly, the theft in 1911 of Vinci’s Mona Lisa sparked the painting’s shoot to worldwide fame. The thief, Vincenzo Peruggia, stole La Gioconda from the Louvre and kept it in his home in Paris. Finding it tricky to sell the painting, Peruggia eventually succumbed and called an art dealer (Alfredo Geri) who played along for just long enough to garner evidence to report the crime. Thankfully, it was returned in good condition.

The story of the theft gripped the world, and the Mona Lisa became an overnight sensation. The theft of the painting, the ensuing media frenzy, and the widespread joy and relief at its return shows that art theft goes beyond merely causing intrigue and curiosity – it captures the interest of the general public. The newfound adoration of the Mona Lisa in the years after its theft show how acutely the public felt its loss: France, Italy, and the rest of the world collectively felt that Vincenzo Peruggia robbed their culture when he took the painting. The Mona Lisa remains the most frequently viewed painting in the world – mostly as a result of the strong sense of loss after it was stolen.

Another art heist that gripped the world was that of the Isabella Stewart Gardner Museum in Boston, Massachusetts. In March 1990, after evading security guards by tying them up, thieves broke into the museum and stole a total of thirteen works of art. Some of the pieces stolen include Rembrandt’s 1633 work The Storm on the Sea of Galilee, The Concert by Johannes Vermeer, and a selection of works by Degas, all of massive cultural and monetary value.

Empty frames still hang on its walls to represent its lost art.

The paintings have never been recovered. Despite the immense media interest at the time, no leads ever resulted in the discovery of any of the works. A reward of $10 million remains available to anyone who can present information ‘leading directly to the return of all thirteen works in good condition’. In the museum itself, empty frames still hang on its walls to represent its lost art. This poignant reminder encapsulates the real tragedy of the loss of art.

Behind the media chaos and the unending work of detectives and amateur sleuths, nothing can replace the cultural value of what is gone. It’s a great shame when nobody can appreciate the beauty and importance of such significant works. The sadness of art theft is that it robs people of this chance.