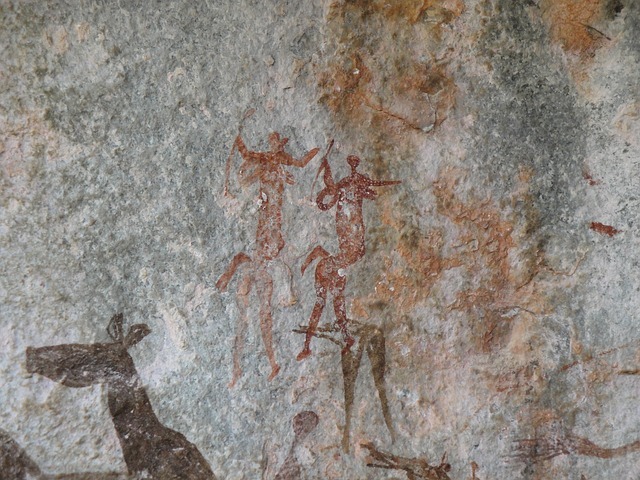 Social security might have deeper roots than we think: evidence from hunter-gatherers

A lot of focus has been placed on the UK government over the past few weeks. As the pandemic situation escalates, people have been turning to the Prime Minister and his team to provide the much-needed response. The government has done just that. They have taken unprecedented action to provide Britons with financial and health security: emergency hospitals, food parcels for the vulnerable and making up the lost income for those who cannot work are all actions of social security. They go beyond the welfare and pension system we normally attribute to the term and make one think about the history of social security.

I’m not talking about recent history (the emergence of the modern welfare state following the Beveridge Report in 1942 etc.), but rather very ancient history. I’m talking about around 33,000 years ago. A new study led by anthropological archaeologist Brian Stewart of the University of Michigan has found that hunter-gatherers across southern Africa may have had a social security net held together by ostrich eggshell beads. These intricately crafted beads were excavated from two high-altitude rock shelters in Lesotho. When studied, they were shown to have originated between 100 and 300 kilometres away from the site, suggesting that they had been exchanged between groups of hunter-gatherers across huge distances.

The ostriches, whose eggs had been used to make the beads, lived in dry, flat grasslands, not up the cliffs where they were found by the archaeologists. The beads are extremely long-lasting, shown by being preserved for at least 33,000 years, which would have allowed them to have been passed between many hunter-gatherer groups in the network. Their effectiveness for their purpose also suggests that they were not the first iteration of such a device. Stewart suspects that such systems existed perhaps as long as 200,000 years ago and that ‘people got better at forming and maintaining these networks, hence the development of ostrich eggshell beads’.

So how exactly did the system function? Well, it wasn’t a system like the ones we know today. This is for two reasons. Firstly, there was no standardisation or regularity of the worth or function of the beads. Secondly, and more importantly, there was no state to organise the social security. The way that social security works in modern societies, such as our own, is that we pay the government our taxes and then they redistribute it through spending on healthcare, benefits and pensions, for example. The hunter-gatherer groups did not have such concepts as states or governments and so went without it in their system.

Stewart and his team suggest that it was something akin to the hxaro exchange system practised by some modern hunter-gatherers in the Kalahari Desert of southern Africa. In this, members of different groups exchange gifts, including ostrich eggshell beads, to create a network in which people assist each other in times of need. This could be for help in arranging marriages or establishing the expectation of receiving shelter if ever required. Similarly, these beads would likely have been exchanged between groups to create a sense of community between culturally different groups, forming a ‘kind of mutual aid society’.

Whilst the exact function that the beads served is not known (and might never be since gifts given in reply to the beads are not likely to have survived this long), they acted more like a social security net than simply as money. They weren’t for immediately getting something in return when given, probably because there couldn’t be any standardisation of their value. Instead, they likely helped to foster goodwill between groups to develop a mutual understanding that they would support each other in times of need. If this was how such a system worked 33,000 years ago, it gives cause to reflect on a couple of things. Firstly, the instinct to help and cooperate, recognising that people can be unlucky and need support sometimes, has been with humans probably since we first became homo sapiens. Secondly, our system of doing so is infinitely more complex, yet not necessarily more developed. After all, whilst some modern humans need to be forced to pay their taxes, these ones chose to help each other of their own volition.