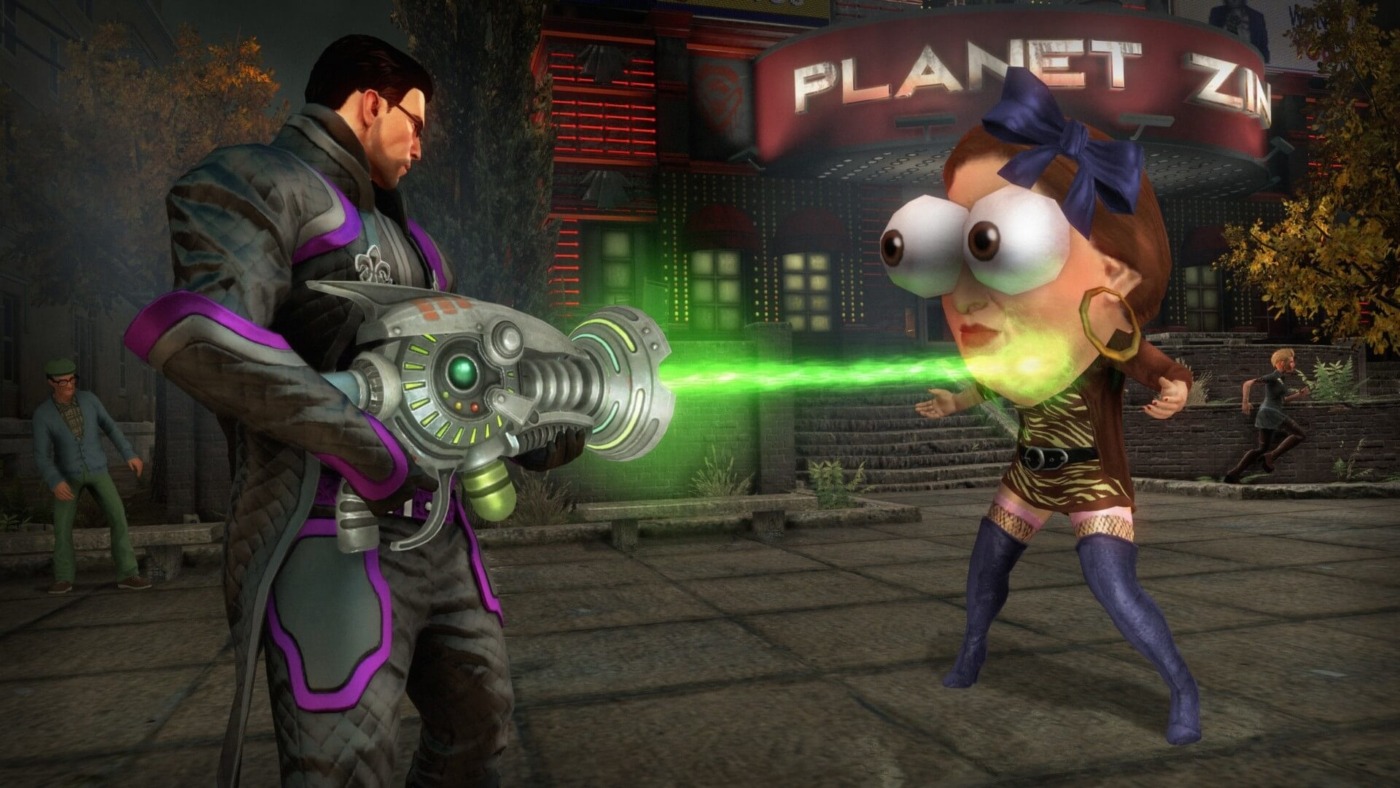 In the 1960s, the playwright and parodist Tom Stoppard theorised that the only way fiction would advance was through parodies, as all original stories had been exhausted, a belief typified in his play The Real Inspector Hound, which unravelled Agatha Christie’s The Mousetrap. While I believe he was entirely wrong on this count, as there has been a rich variety of postmodern storytelling since, the idea we may reach the limits of a medium’s capabilities is always tempting to speculate about.

There’s a bizarre comfort in having a gold standard by which all other things fall. So now that we stand on the cusp of a new decade, did the gaming experience peak with Saints Row IV?

Saints Row started out as a quirky Grand Theft Auto knock-off before diving into utter absurdity with its third and fourth instalments. In Saints Row III you were a celebrity icon who would batter and shoot your way through the hypersexual, hyper-violent town of Steelport. It was fun, often hilarious and didn’t take itself at all seriously.

Saints Row IV took things a step further. It made you the President of the USA, tasked with fighting aliens using superpowers in a simulation of Steelport after the human race had been obliterated. Hours were spent running like The Flash and pulverising an army of aliens with fists, guns or alien tech. Fun was the main aim, and it delivered.

Unlike most of the action game market, the later Saints Row games were a hedonic sandbox bursting with creativity. While many games stagger the fun, making you work to unlock special features and powers, Saints Row III and IV give you most of the toys up front. The superpowers and the absurd abilities are all there to experiment with, and you barely have to touch the plot to do so. It makes the experience arguably more fun, but also takes the challenge out. Saints Row IV is only interested in giving the player pure unadulterated bliss, but there is a back-catalogue of other open-world games that offer something else more tangible. So, yes, maybe this is the peak of gaming as an experience, but what more can we ask for?

As fans clamour over games improving their graphical fidelity, can we say these cinematic games of the future are adding more beyond slightly refined experiences?

Where does gaming really go now? If you want to shoot people, blow things up, and participate in intense battles while wearing fun outfits and listening to excellent voice acting from the likes of Keith David, then Saints Row IV is, in theory, your perfect game. Sure, technological advancements give people new releases to look forward to, but I have my doubts as to how much VR will improve on our gaming experience, especially for its current price. As fans clamour over games improving their graphical fidelity, can we say these cinematic games of the future are adding more beyond slightly refined experiences?

The 2010s are a treasure trove of gaming advancements. Just Cause 3 gave us the most beautiful explosive action that could not be beaten even by its own sequel. Outlast was the pinnacle of the survival horror without-a-gun genre. As the latest console generation comes to a close and new remakes and remasters such as Resident Evil 3 come out improving on the overall aesthetics of games, we should be demanding new gameplay mechanics rather than rehashed old IPs.

I hope I’m wrong and gaming continues to blow us away over the next decade. This article is part of a clamour for a challenge, for an innovative developer to show us how much fun we can have without drowning in microtransactions – the decade’s other main addition to the gaming sphere. Bring it on, 2020s, show us what you’ve got. Just please don’t rinse and repeat old products.