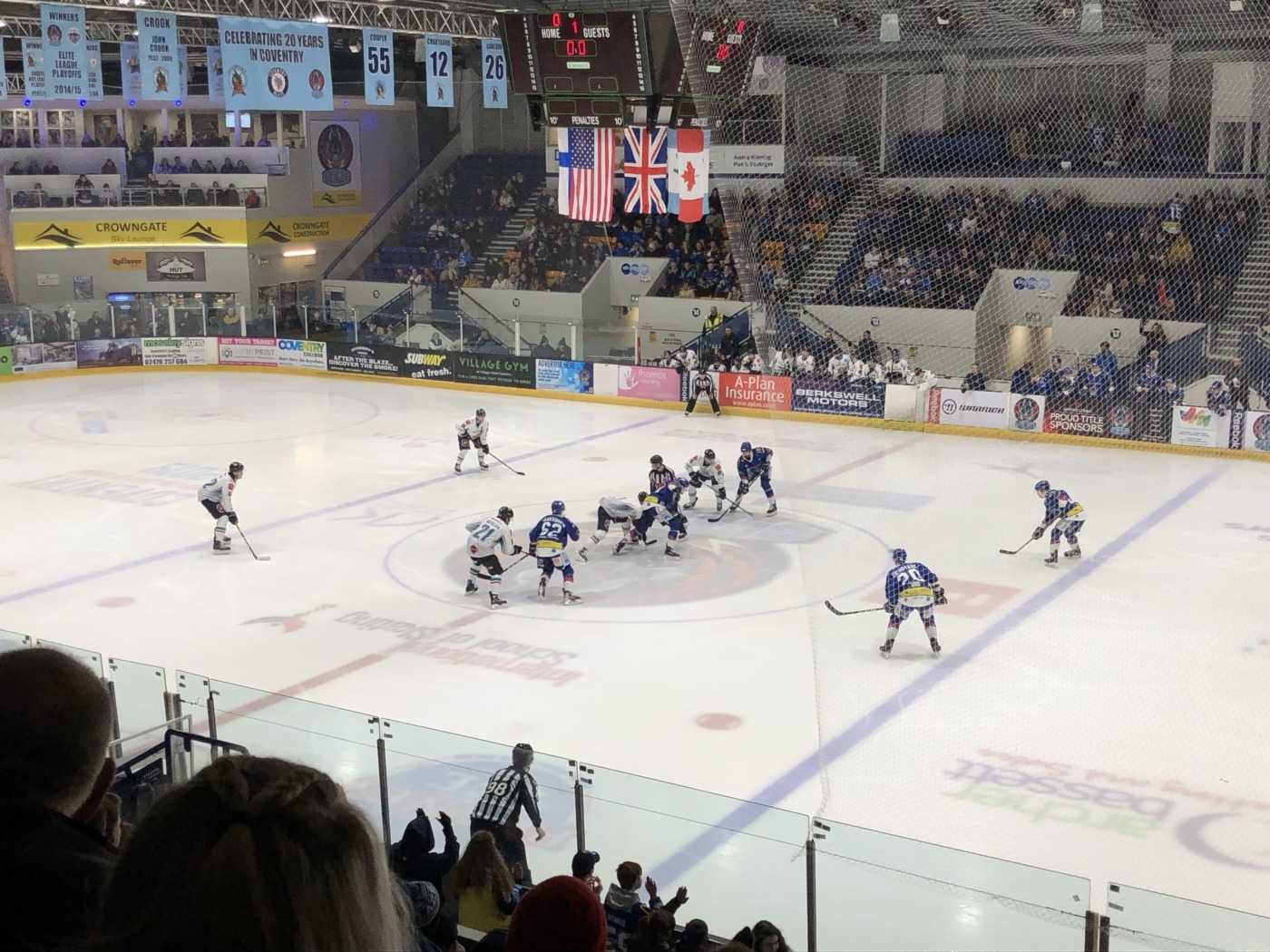 Among a swelling contingent of ice hockey fans from across the country, I was meant to be in Nottingham today to watch the Elite Ice Hockey League (EIHL) arrive at its deafening crescendo. For obvious reasons, British ice hockey’s annual pilgrimage to the Playoff Finals Weekend wasn’t to be, leaving supporters across the country to contemplate what could have been for their respective teams had the world not been flipped on its head.

The 2019/20 Finals Weekend would have signed-off a positive year for the sport in the UK: attendance figures are up, the Elite League’s standing in Europe has improved starkly, and the overall quality of the competition has improved dramatically over recent years. Team GB’s sensational rise to the top flight of the World Championships, and their subsequent great escape from relegation at France’s expense, has placed British ice hockey in good stead.

A month has passed since the Elite League announced that the remainder of its season had been cancelled as a result of the escalating COVID-19 crisis. Team GB’s hotly-anticipated exhibition match against Canada has been kicked into the grass, and the World Championships are off. The European ice hockey season is over – while any hopes that the NHL could resume soon are fading by the minute – and it is time to reflect on what has been a genuinely thrilling season.

Of all the teams in the Elite League, Fife Flyers certainly had the least to play for heading into the stretch. Winless throughout large portions of the season, Fife – despite mounting a late charge for the playoffs – failed to make an impression in 2020, and will be hoping for better things to come when hockey returns to British shores later this year. Likewise, Dundee Stars – who finished the season beneath the playoff line, albeit with a game-in-hand over Manchester Storm – will expect a better return next season.

Matt Ginn was inducted into the EIHL’ second all-star team, marking another impressive season in Manchester

From puck-drop Manchester Storm seemed destined to be embroiled in a fight to make the post-season, and that is how their season transpired. Matt Ginn – a constant figure between the pipes for the Storm – was inducted into the EIHL’ second all-star team, marking another impressive season in Manchester. Glasgow Clan, meanwhile, will start the season with a new head coach prowling the bench: Zack Fitzgerald was shown the door after just a year in the hotseat.

Guildford – a hockey town that surged into the limelight upon Petr Cech’s arrival last autumn – will finished in a league of their own: not consistent enough to mount a title challenge, but much too strong to be troubled by the play-off race.

Of the teams that finished the season in the top five, you might imagine that only three would be particularly pleased with their performances in 2020. Fifth-placed Nottingham Panthers lost ground to their local rivals, while Belfast Giants seemed to be skating in reverse for much of the season. Distracted by their stint in the Champions League, Northern Ireland’s big arena franchise failed to deliver much to the ire of Adam Keefe.

Cardiff Devils suffered no such European hangover, and will represent British ice hockey in the CHL once again next season after finishing the season top of the table – although not recognised as champions.

The Steelers finished 2019 just five points above the playoff line, but led the title race for much of the campaign this year

Sheffield Steelers – the second most improved outfit in 2020 – will be thrilled with what was shaping up to be a serious title challenge and victory in the Challenge Cup final in Cardiff. The Steelers finished 2019 just five points above the playoff line, but led the title race for much of the campaign this year. Had it not been for Coventry Blaze’s remarkable resurgence, the Steelers would undoubtedly be anointed as the feelgood story of 2020.

Although the Blaze had already improved significantly on their efforts from the 2018/19 season prior to the festive arrival of C.J. Motte, the American netminder’s impact in Coventry simply cannot be understated. Since the turn of the calendar year, Danny Stewart’s Blaze were the form-side in the competition, enjoying a seventeen-match stretch without losing in regulation time to finish the season.

Motte – voted onto the first line of the EIHL’s all-star roster by fans across the league – was an integral part of Coventry’s charge, but if it wasn’t for the offensive contributions of Luke Ferrara and Janne Laakkonen the Blaze certainly wouldn’t have been in a position to challenge for the title.

Ferrara – now a mainstay in Pete Russell’s GB roster – became the first British player to finish the campaign as the league’s top-scorer in the Elite League-era, having found twine on 33 occasions for the Skydome club. Laakkonen, in his debut season with the club, notched forty assists – also a league-leading sum. Likewise, Charles Corcoran’s 52 points for the season mustn’t go unmentioned.

As clubs across the UK batten-down the hatches as they seek to weather the storm inflicted by COVID-19, supporters can only be left to question what might have happened today in Nottingham. In a season of so many twists and turns, it seems too simplistic to suggest that the Devils would have enjoyed a weekend-long procession at the Motorpoint Arena. We will never know if the applecart was due to be upset this afternoon, but I suspect it might’ve been.