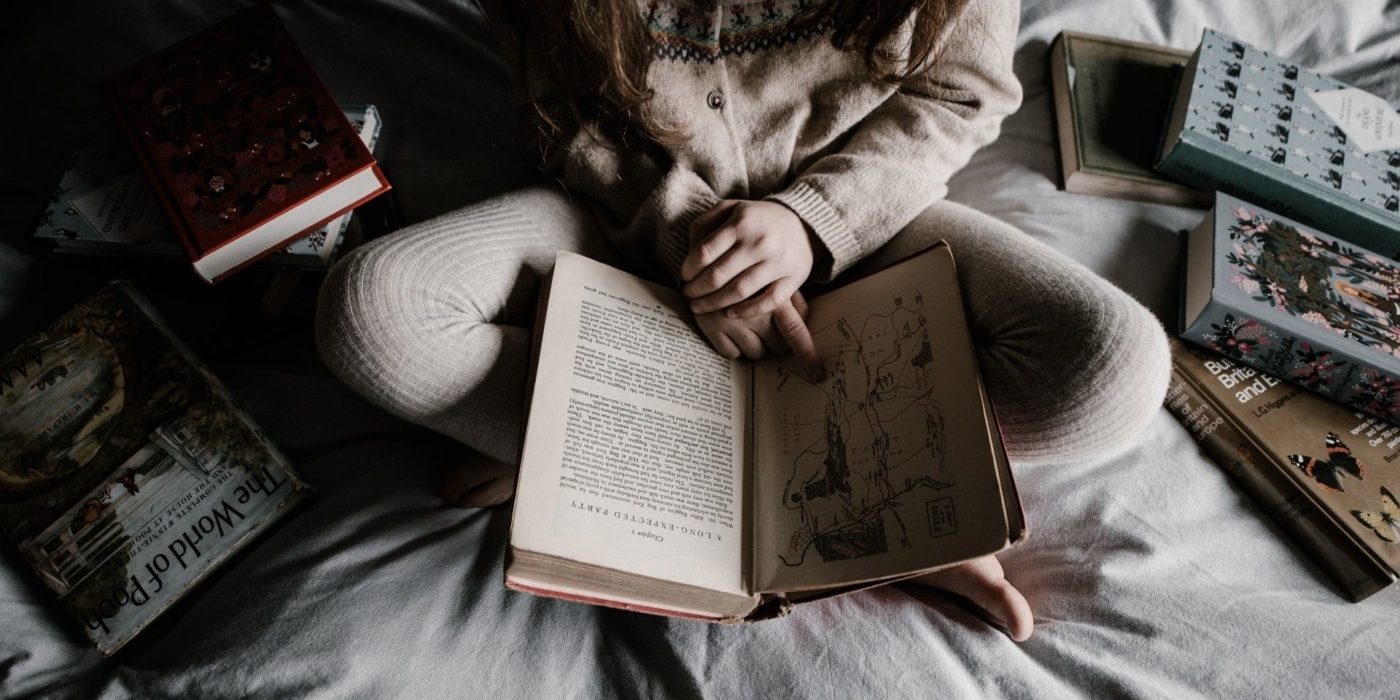 As the country sits in lockdown for the fourth week in a row, ‘to-read’ piles across the world are slowly being tackled with the lack of much else to do. While the Goodreads lists increase and the bookshop stocks deplete, perhaps it’s not just those of us in the real world who have to stay at home to save lives. If the literary universes were to join us in self-isolation, I imagine it would go something like this.

Winnie the Pooh and his woodland pals realise the urgency of the situation and retreat to their homes on the word of Christopher Robin, who stands on the outskirts of the forest and shouts the news from a safe six foot distance. Before he settles into his home, however, Winnie the Pooh rushes to the closest source of honey and stockpiles in a panic. Dragging a palate of 62 jars of honey, he is unaware of the dirty looks his fellow habitants shoot at him. He is pacified by his relief that if nothing else, he won’t run out of his favourite food.

Across the wood, Tigger is already feeling antsy. He bounces from house to house in an attempt to draw someone, anyone, into conversation, but quickly gets bored of talking to people through their windows. Full of excess energy, he decides to make the most of his daily walk and jogs the entire perimeter of the woods, messaging five of his friends to challenge them to do the same. They like the message, and that’s the last he hears of it.

Poor Piglet’s stress levels sky rocket during the self-isolation and he’s glued to the news, worried about the scary figures he hears. After receiving a care package from his bestie Pooh full of calming colouring sheets and candles, he learns to take a step back and concentrate on his own well-being.

Down the road, the sound of a melancholy playlist drifts from the gap between the sticks of Eeyore’s home as he secretly enjoys being undisturbed by his boisterous neighbours.

For Daisy Buchanan, lockdown is horribly dull despite her huge house, pool and extravagant garden. She pacifies herself by filming a video in which she sheds faux tears as she tells the poor people watching that she is suffering just as much as them in isolation, and that they are all united in the experience. Wiping the tears away immediately post-upload, she waits for the likes and comments to flood in.

Across the lake, lockdown provides Gatsby more time to sit and watch the green light, uninterrupted as Daisy remains far more than six feet away. Without the option of throwing a huge party, he drinks alone until Nick Caraway arrives, declaring himself Gatsby’s ‘quarantine bro’. Six days in, and they have already shaved each other’s heads.

With home visits to family and friends banned for everyone’s safety, Sophie must enjoy her afternoon tea sans the anthropomorphic Tiger. Given his record of a big appetite, Sophie’s mother is secretly glad at his absence as supermarket trips become few and far between. Inspired by her Twitter feed, she bakes tins upon tins of banana bread and drops a loaf off at the Tiger’s doorstep.

The Tiger, who can no longer come for tea, sits bored in his own home, and gives in to the hype to try the new Netflix show everyone seems to be raving about. Hoping for a triumphant tale of big cats taking over leadership of the world, The Tiger King isn’t quite what he expected.

In the Dursley household, conspiracy theories rage wild. From 5G radiation to changing the batteries in pigeons, Vernon practically froths at the mouth as he forwards hoards of WhatsApp voice notes and fake news messages. Petunia believes every word of it. Dudley uses the radiation excuse to explain why he feels so unwell. He conveniently ignores the huge pile of junk food he consumes on a daily basis and the fact he’s not entirely sure what an apple looks like – it’s definitely the radiation making him ill.

Anticipating the horrors of being quarantined with the Dursleys, Harry uses Trelawney’s handy prophecy that the lockdown will be enforced and flies out of his bedroom to the safety of the Weasley home the day before the announcement. Soon enough, the siblings have fallen out over Monopoly (it was unanimously agreed that George cheated) and Molly makes the executive decision to ban the board game.

While these figures come from a vast range of literary universes, there’s one common factor across them all: even fictional characters know that to stay indoors, self-isolate and save lives is the right thing to do right now.