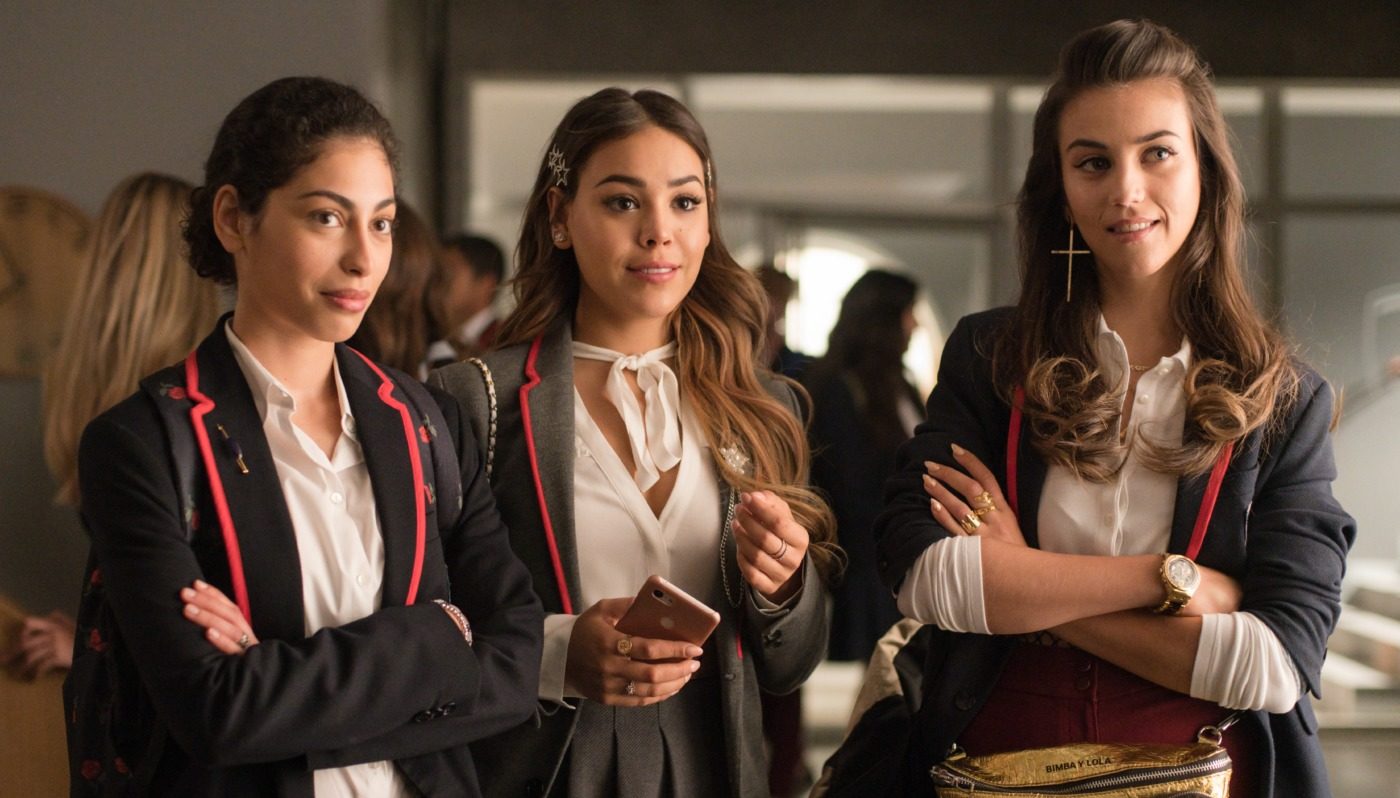 The latest series of Netflix’s Spanish teen thriller Élite is undoubtedly the best yet. For anyone unfamiliar with the series, the plot follows the students at an elite high school in Madrid as they get up to all sorts of scandalous activities. After a corrupt business deal led to the collapse of a local school, three students from poorer backgrounds (Christian, Nadia and Samuel) are given scholarships to the elite international school that is home to students whose daily activities include murder, corruption and drug-dealing.

The first season was incredibly powerful as a ‘who-dun-it?’ and laid the foundation for the subsequent seasons, with the death of the main character Marina after she had wanted to run away with her boyfriend Samuel’s brother Nano. She had discovered the dodgy business dealings of the other students’ parents and paid for it. The second season then saw the police try to catch the real killer as Nano (brother of key character Samuel) was wrongly arrested, and the students come to terms with the death of one of their friends. However, the third season is different. It deals with the aftermath of the reveal of the killer, and (of course) with another death.

Seeing the three main male protagonists Polo, Ander and Guzmán reignite their friendship really made for some heart-warming scenes

The relationships that were formed in season three are much more complex than we have seen before. They feel more realistic and more impactful to the plot than the couples that were put together earlier on. The storyline that followed my favourite character Ander and his boyfriend Omar’s tumultuous relationship and the heart-breaking sadness that surrounded these characters this season honestly destroyed me; but the ending to the season was warming and made me so happy.

Friendship was definitely a key theme in this season. Seeing the three main male protagonists Polo, Ander and Guzmán reignite their friendship really made for some heart-warming scenes. Guzmán and Samuel’s growing friendship was unexpected and definitely made for a very interesting storyline as they tried to avenge the death of Marina.

I absolutely loved the strong female friendship energy of this season too. Lucrecia’s character development from your typical mean girl to a loving and kind independent woman who uplifts her friends was the best part of this series for me. Her friendship with someone who she initially hated, Nadia, and how they constantly picked one another up when they fell down was so powerful. I really felt like Nadia came into her own as a character as well. I’ll always love her relationship with Guzmán, but the decision to focus the plot on her education and character development this season fit in well with her character.

I absolutely loved the strong female friendship energy of this season

The increasing focus on the princess of the series Carla and her deteriorating mental health was particularly poignant to viewers. From having to deal with her father’s money issues, her strained relationship with her parents, her guilt from having assisted Marina’s killer and wider harm she had caused, viewers witnessed an insight into her true character. It made her a much more likeable character and I felt like we really understood her towards the end of the season.

Personally, I didn’t really like the relationship between my least favourite characters Polo, Cayetana (who was just characterised as vastly unlikeable from the start) and Lucrecia’s wayward brother Valerio. I get that it made sense to the plot in the end, but I think this is a way in which the directors and writers really miss the spot when it comes to understanding teens and their relationships. It might just be that I don’t like the characters, which is completely my problem, but I just didn’t like the dynamic of their relationship.

The incredible soundtrack really does make Élite. As a lover of Spanish culture and someone who is so keen to learn the language, Spanish TV dramas like Élite and La Casa de Papal are among my favourite programmes ever. For anyone who loves Netflix’s La Casa de Papel (Money Heist), you’ll adore Élite. It has a lot of crossover with casts including Jaime Lorente as Nano, Miguel Herrán as Christian and Maria Pedraza as Marina.

As a lover of Spanish culture and someone who is so keen to learn the language, Spanish TV dramas like Élite and La Casa de Papal are among my favourite programmes ever

To those who don’t like watching programmes that are in different languages, as long as you put on subtitles, you completely forget that the language being spoken isn’t your native tongue. You really are missing out on so many great pieces of TV and film if you refuse to watch the content produced in different countries.

I can’t wait for the next season of Élite. This season absolutely outdid itself and I watched it all within the space of a few days. In the meantime, to keep me occupied Netflix is bringing out a new season of La Casa de Papel in a few weeks, but until then – while self-isolating make sure you give Élite a go.

Gallery image with caption: Lions and tigers and mullet hair, oh my: is ‘Tiger King’ a success or a train wreck?

Gallery image with caption: ‘Duncanville’: charming and full of potential

Gallery image with caption: True crime: the impact of the TV genre on society