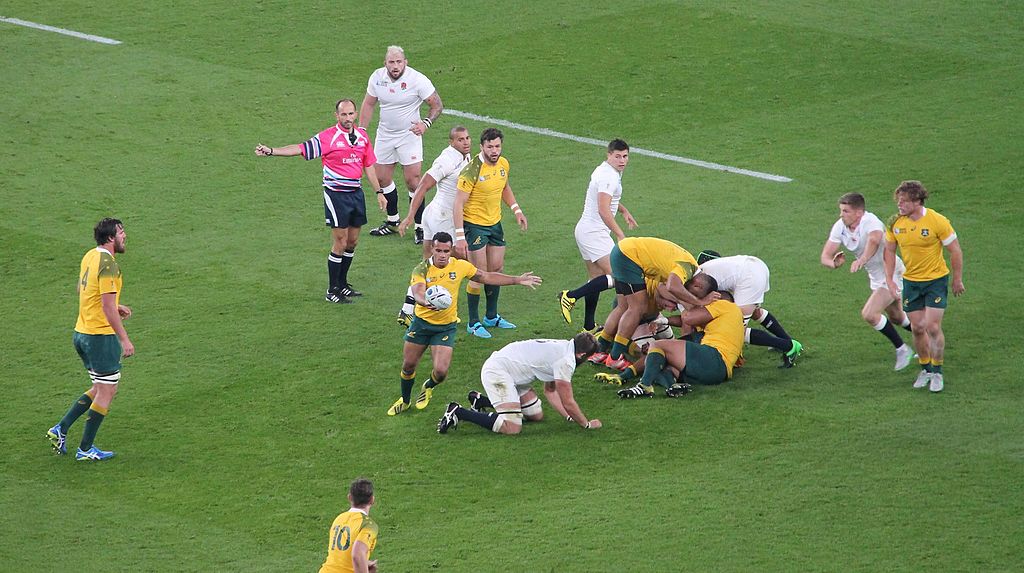 Is Eddie Jones the right coach to lead England to the future?

In a recent statement from Rugby Football Union (RFU) boss Bill Sweeney it was announced that Eddie Jones’ contract would be extended until 2023. Jones will now coach the England team through to the next World Cup, set to be held in France. There have been some questions raised about England’s success under Jones’ leadership, although his win-loss ratio of 78%, which is the best of any England head coach, speaks for itself.

The team that Eddie Jones inherited in 2016 had just been humiliatingly knocked out of their own World Cup in the group stages, while the Japanese team that Jones had just finished coaching surprised the world by beating South Africa.

The England squad of 2016 was resurgent, if not dominant. Showing a clear new style of rugby that emphasised speed and power, England won all thirteen games that they played that year, a run including their first Six Nations Grand Slam since 2003 and three victorious over Australia down under.

2016 was the first taste of Jones’ coaching style; line speed was the emphasis in defence, with backs, such as Johnny May and Owen Farrell, notably improving their physicality. Substitutes were now rebranded as “finishers”, showing that the bench wasn’t for those that didn’t quite make it on the team, but for those that had value as impact players in their own right.

There was also the introduction of several new players, such as Sam Underhill and Tom Curry

2017 was much a continuation of 2016, only losing one game against Ireland in the Six Nations. The new style of rugby that Jones was implementing became familiar. Starting George Ford at fly half and Owen Farrell at inside centre was no longer experimental, but excepted. There was also the introduction of several new players, such as Sam Underhill and Tom Curry, now familiar names and expected members of a first choice England side.

While the first two years were certainly successful for Jones, 2018 marked his biggest challenge. While many expected it to be the year that England established themselves as the team to beat around the world, it was marred by a disappointing Six Nations performance, and defeat in their tour of South Africa, a side recently in disarray.

Jones repeatedly came under criticism, as his comments in media interviews were viewed by some to be agitational at best and arrogant at worst. The squads Jones picked were also lambasted; there was a continued pattern of picking four second rows and then expecting some to play out of position, rather than picking dedicated flankers. Injuries to players such as Billy Vunipola and Anthony Watson revealed a team that did not have the strength in depth that many thought it did.

Fluid, quick and creative in attack, England were equally comfortable with ball in hand

England’s results in 2018 place their performances a year later into context. A mixed Six Nations showing was followed by victories in three out of four warm-up games ahead of the World Cup. The actual competition in Japan is the best example of Jones’ England model. Dominant performances against Australia and New Zealand in the quarter and semi-finals, respectively, showed the work that Jones had put into the team. Fluid, quick and creative in attack, England were equally comfortable with ball in hand and contesting aerial duels.

The World Cup final on the other hand was an anti-climax, an ugly reminder of the confused performances that still haunt England to the present day. From all the excitement that England had generated from their previous games, they were on the back foot from the first minute.

2020 marks the first step in another four-year cycle. England have slowly recovered from their World Cup Final loss, and have demonstrated that even in the difficult conditions of a stormy Murrayfield, they can get the job done.

Since 2016, Jones has certainly delivered some of England’s best performances: the tour of Australia, and the Semi-Final against New Zealand will rightly go down in history. However, he fell short of the mark on the biggest stage of them all, but by playing a comparatively young side in the World Cup Jones has prepared a template for the next four years.

There is no doubt that Eddie Jones is a capable coach. By turning down the opportunity to become the Head Coach for the 2021 Lions tour he has also shown his dedication to the England team. There is currently no better person suited to leading England through to the next World Cup, where the only aim can be to win it.