Contact-tracing may trigger a new era of surveillance

Coronavirus has brought with it a global surge in surveillance in various forms. Police roaming town centres, stopping cars on the motorway, and filming people on walks to name a few. There’s even been talk of starting to check shopping items to determine whether they’re legitimately necessary. In other words: Big Brother could be watching your shopping trolley.

But there’s a new kind of surveillance emerging that goes beyond flying drones over the Peak District or even rummaging through customers’ shopping baskets. Apple and Google are collaborating on developing contact-tracing technology, using a smartphone’s Bluetooth signals, in efforts to reduce the spread of the pandemic. The phone app will allow people to record their own symptoms and receive alerts if other users of the app, that they have come into contact with, fall ill.

This technology could prove invaluable in shaping state response to the virus. I know I don’t only speak for myself when I say the novelty of somewhat endless amounts of time to watch Netflix is starting to wear off. An app to monitor the spread of the virus could support a gradual ease of lockdown and boarder restrictions, all the while lowering the risk of refuelling infection. It could be our ticket back to some kind of normality. But at what cost?

The app raises many questions about privacy and personal liberties. There is a danger that the app could give authorities a pretext for accelerating mass collection of personal data to track citizens. Without an appropriate level of safeguarding or transparency, the technology could allow for a grave abuse of power.

Both Apple and Google have released details of the cryptography specifications they plan to use to safeguard users in attempts to reassure privacy activists that their approach can be trusted. The app is designed to keep users’ information anonymous.

However, a draft government memo, that is yet to be approved, detailing the contact-tracing technology has revealed that the app could “enable de-anonymisation if ministers judge that to be appropriate at some stage”. The memo doesn’t elaborate on the circumstances in which de-anonymisation would be found to be necessary. In the end it boils down to how much we trust our government to respect our privacy.

Britons have always been quick to protest any attempts at government collection of data. But these are not normal times, and there is a good case for making an exception for such highly individualised and privacy invading data.

The problem is, temporary responses to major threats have a tendency to become permanent. We only need to take a look at the 9/11 bombings which inspired a panicked US into building the grossly invasive surveillance state that Edward Snowden eventually exposed in 2013. Or the Beijing Olympics which became a catalyst for further expansion of the surveillance regime in China. We may not notice it, but intrusive surveillance is already the new normal. Handing over personal data in these large quantities could be crossing a line that’s hard to step back from once the threat of the pandemic is over.

Any future tracing app will almost certainly be voluntary in Britain. While it may be true that the government won’t force us to download the app, there could be pressure to do so from other sources. For example, the concept of an “immunity passport” for those deemed no longer at risk of the virus has been discussed. It may be that downloading the app becomes the only option for people to return to life as it was before the arrival of the pandemic.

Whether the technology is rolled back in a post-pandemic world will ultimately depend on public oversight. The implications of this sort of technology need to be thoroughly examined and scrutinised to ensure that the data gathered is only used for purposes of stemming the virus and nothing beyond that. No matter how desperate we are to return to life as it was before the pandemic began, it’s imperative we’re cautious of opening the gates to a new electronic surveillance culture that could remain once the pandemic is over. 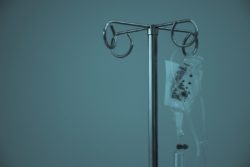