At first glance, Clap for Carers is a poignant display of gratitude as the nation comes together to applaud those who are working on the front line of the fight against coronavirus. However, for all its emotion, I can’t help but feel the gesture is somewhat hollow.

For the third week in a row, the sound of cheer was heavy with emotion as the country struggles to absorb the unprecedented changes of the past several weeks. While the show of appreciation has been met with heartfelt sentiments, some have been quick to call out the hypocrisy of the movement.

The clap was a show of appreciation by a nation whose government has done nothing but neglect – if not pillage – the NHS for the past decade. Having supported pay-caps, encouraged privatisation, and starved the service of staff by creating a hostile environment for immigration, the new Tory slogan, “Stay at home, protect the NHS and save lives”, is all too ironic on the part of a government that has failed, and is failing, to do so.

However, there is something to be said about the way Clap for Carers has somehow transcended the bitter debates of the past several years. What it symbolises is a nation’s deepening appreciation for the NHS and an acknowledgement of our dependency on it. There is no denying that in this bleak and uncertain time, Clap for Carers does a great deal to lift morale.

But the clap needs to be followed up with genuine attempts to support and protect carers working on the front line. Actions speak louder than words – or in this case, applause. Alone, clapping for carers is a sweet but relatively ineffectual gesture.

Actions speak louder than words – or in this case, applause.

As of last week, only 7000 out of 550,000 front line NHS workers had been tested for the virus. This is all the more concerning given the ongoing shortages in personal protective equipment for healthcare workers. Staff members improvising with make-shift respiratory masks and making do with sub-par protective eyewear from schools and laboratories speaks volumes on how much the government are falling short in protecting NHS staff. As result, the cost of working on the front line is much higher than taxing work or long hours – it has cost some their lives.

A number of UK supermarkets, whose staff continue to work throughout the lockdown, are expressing their appreciation by offering staff a financial reward in the forms of bonuses, vouchers and extra time off,  putting the government to shame. The suggestion of a similar kind of financial reward for NHS staff has been raised, which seems only reasonable due to the risks and sacrifices made on their part. Yet given the government’s history of grudging expenditure policies in relation to the NHS, I’m sceptical this will come into fruition.

It’s essential the government comes out the other side with a newfound respect for the NHS, which manifests in adequate investment and support for the service.

A government who scoffed at the idea of a magic money tree back in the 2019 general elections has now managed to uncover a whole forest of them in the form of a multi-billion-pound stimulus, propping up businesses and the self-employed. This, of course, is only fair but it also begs the question: why is it that when it comes to the NHS, the government is so reluctant to spend money?

Discrepancies between the UK and countries such as the US, where coronavirus has been particularly threatening to those who don’t have access to healthcare, has proven, more than ever, the importance of a strong healthcare system which is available to all. Before COVID-19, the number of NHS hospital beds had fallen substantially, and the country is short of an estimated 43,000 nurses. It was also required that NHS staff pay for parking at their workplaces. It shouldn’t take a global crisis for the government to invest in the NHS and its staff.

COVID-19 will undoubtably re-shape the country, in many ways it already has. There is no doubt that your local NHS trust will be experiencing a huge strain on services given the coronavirus pandemic. But the truth is, the NHS has been suffering for far longer. It’s essential the government comes out the other side with a newfound respect for the NHS, which manifests in adequate investment and support for the service.

Without this, clapping every Thursday evening is a heart-warming display of appreciation at a time when we need not appreciation, but action. 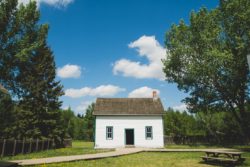 Cartoon: Things to do at home