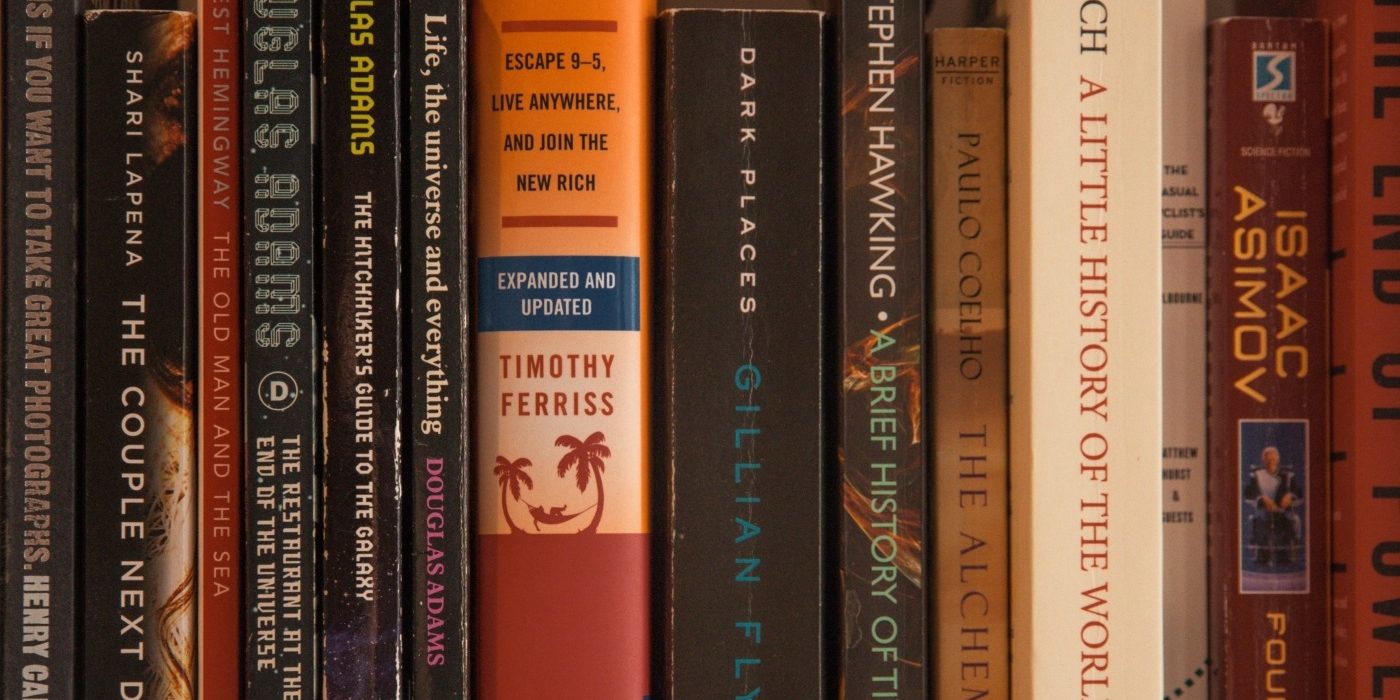 This book is probably the easiest one to introduce via a blind date, since until the final chapters I really had no clue what was going on. I spent the whole time trying to understand the characters and their motives, especially the two that feature in the title. But, for some reason, the lack of clarity wasn’t frustrating and just intrigued me even more. The revelation of the story is a real eureka moment and it is really clever how the author manages to tie everything together.

The book’s constant tense changing adds to the confusion. It flips between the past and present every few or so chapters, but gives no indication in the chapter name that it is doing so. The only hint is from the change in the protagonist’s name, since his present name is one he has contrived himself. From this it is easy to understand after a few switches.

No science fiction text is really complete without the underlying plot of an impending doomsday. This is a really classic trope, but the author tells it in such a way that doesn’t seem like we’ve seen it all before. The story doesn’t start in the midst of action during an apocalypse or just after when there are still threats about, but really when everything is calm. The characters are a bit hopeless and confused – the present day action only starts because the character puts himself in the danger, rather than it finding him.

The fact we get a complete backstory of the villain before his crime is revealed really humanises him in a way that makes it difficult, in my opinion, to completely condemn him

Nothing is really black and white in this story and it is a struggle to tell if the villain can actually be classed as a villain. Of course, this book has nothing on Frankenstein’s consistent shifting of the blame, but it is still hard to identify the monster. The fact we get a complete backstory of the villain before his crime is revealed really humanises him in a way that makes it difficult, in my opinion, to completely condemn him. Apart from some minor hacking, he doesn’t do anything majorly bad until the final reveal of his story.

His involvement in a love triangle humanises him a lot more as well. I know the love triangle trope is undoubtedly overused, but I promise the author spins it in such a way that won’t have you groaning. While most texts leave you constantly caught between lovers, take Twilight or The Hunger Games as classic YA examples that will definitely make you sigh, this book actually leaves you with quite the opposite feeling.

Personally, I didn’t want any of the opposite gender relationships in the text to succeed; one male is too good for the female and then the female is too good for the other male (or villain). One male is also clearly morally superior to the other, so I couldn’t fathom anything occurring between them either. They are always consciously and unconsciously competing with each other as well.

I find that going in blind to any book immerses you much more, you find yourself focusing on key details when trying to figure out the plot and thus engaging more with what you are reading

So, the love triangle does not feel forced or a way to drum up fangirls, but more as a way to understand the characters. It lets us understand the supposed villain’s thirst for control, the female’s insecurities and the male’s caring nature, which validates his assumption of the leadership role at the end of the text. When such an overused trope is used in a fresh way and certainly has a purpose within a text, I cannot critique it at all.

Before reading the book, I didn’t read its synopsis and so was a bit confused through most of it, as echoed in my introduction. Despite this, I do actually recommend such an approach, since reading its summary on Goodreads here reveals quite a lot (maybe even too much) of what is not clarified until near the end the book. I find that going in blind to any book immerses you much more, you find yourself focusing on key details when trying to figure out the plot and thus engaging more with what you are reading.

But, if you are still not convinced to give this a try, then I am sure you’ll be a little bit curious about a book with a setting plagued by pigoons, rakunks and wolvogs. Yes, there are no spelling mistakes.