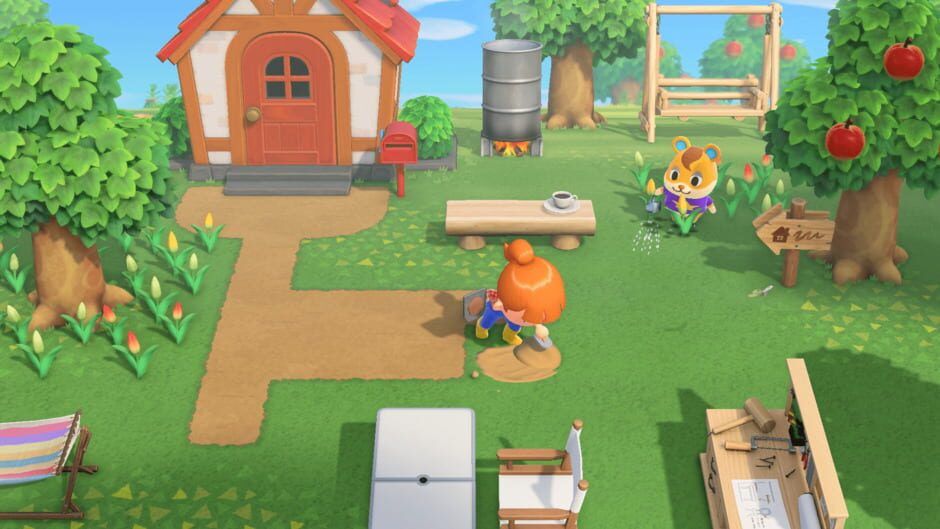 A free update containing new events, a garden shop, and the return of Redd is coming to Animal Crossing: New Horizons from April 23, 2020.

In a video posted on Twitter and YouTube, Nintendo announced that the museum would expand out further to include artwork, a section that featured in previous titles. These can be bought from Redd, a sly fox who appears to have docked his boat onto your island (although not by the harbour, strangely).

Another returning character, Leif, will set up Leif’s Garden Shop in the plaza on occasion, selling rare flowers and shrubs similar to how Label and Kicks sell unique items of clothing.

Aside from these recurring characters, Animal Crossing is holding new events throughout the upcoming months:

Nature Day will see players given new nature-inspired challenges such as planting shrubbery in exchange for a large collection of Nook Miles, and despite its name, will take place from April 23 until May 5.

May Day will also be celebrated in the first week of May, with new mystery islands opening up for players from the airport. The trailer shows these as maze-like islands, and also featured the back of another Animal Crossing regular, Rover, hidden away in the corner.

International Museum Day takes place from May 18-31 and gives players the opportunity to participate in a Stamp Rally that will see them earn in-game items after collecting stamps from different museum exhibits.

Throughout June, Harv’s Island will host the Wedding Season, where your character will help to create mock-up anniversary pictures for Animal Crossing couples in Harv’s Studio. Cyrus and Reese, the llama couple who ran Re-Tail in Animal Crossing: New Leaf were featured in the trailer having their photographs taken.

This update comes just over a week after the competition of Animal Crossing’s previous event, Bunny Day.