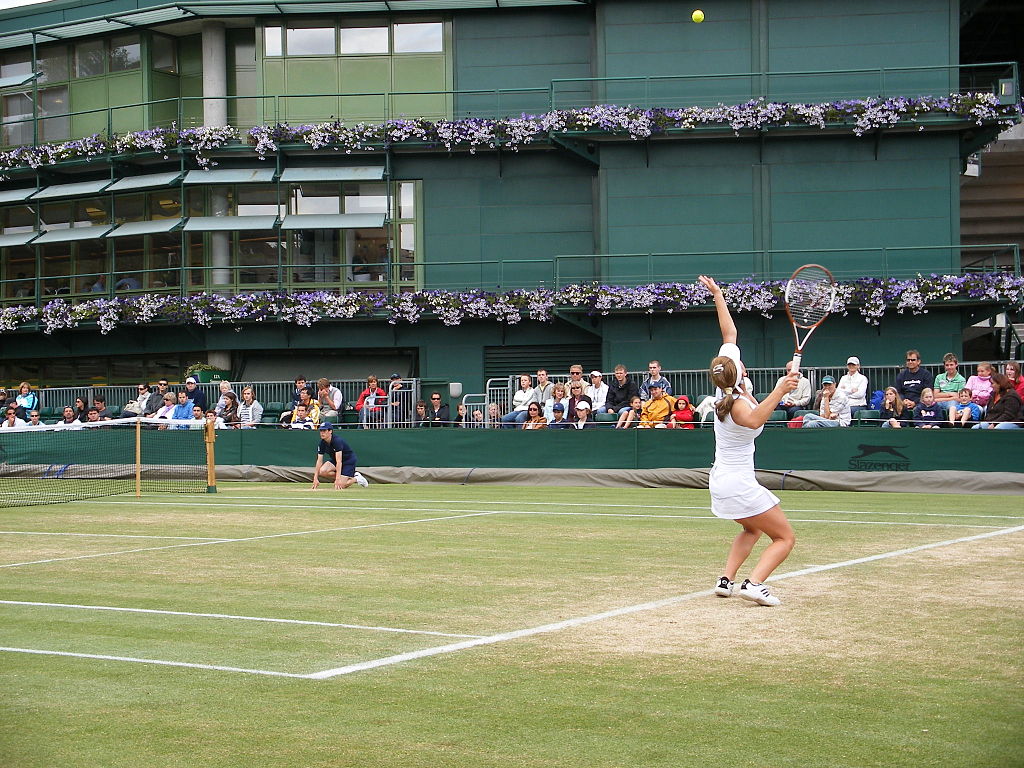 With the world of sport currently on hold, The Boar Sport is committed to reliving some of the biggest shocks in sporting history. Last summer Simona Halep stunned Centre Court, beating Serena Williams convincingly in the women’s singles final of Wimbledon 2019. Halep’s triumph prevented Williams from winning her first title following her return to the sport, sustaining Magret Court’s record as the most decorated player in the history of the women’s tour.

Awash with feelings of incredulity, the SW19 crowds watched on in disbelief as Simona Halep upset the apple cart to defeat Serena Williams in straight sets to win her first Wimbledon title. In a match that defied all expectations, the Romanian number one swept Williams, a 23-time Grand Slam champion, aside with relative ease.

Defeated in under an hour of play, Williams was gracious in defeat – congratulating Halep for “play[ing] out of her mind” – but must now be questioning where it all went wrong in her third successive defeat in the final of a Grand Slam. John McEnroe suggested that “Williams must get fitter” in order to stand a chance of eclipsing Margret Court’s legendary trophy haul, a fair assessment on an afternoon where Williams was beaten comfortably at her own game.

Outclassed. Outpowered. Outpaced. Williams couldn’t keep up with Halep in a match that could come to represent the changing of the guard at the summit of women’s tennis.

In commentary, McEnroe remarked that it would have been impossible for Halep to have visualised a better performance than the one that she delivered on the biggest stage of them all. Undoubtedly, he was right. Halep started phenomenally; breaking Williams’ serve in her opening two service games to take a breath-taking 4-0 lead in the blink of an eye. At 4-0 in the first set, Halep was yet to make an unforced error; Williams had made seven.

By her own admission, Halep played the best tennis of her life as she strolled to her first Wimbledon title. Her serve was faultless, her returns impeccable, but Halep’s defensive play on the service line was simply perfection. Daniel Dobre, Halep’s coach, watched on with disbelieving eyes from the player’s box as reality overtook his wildest dreams. Roaring with glee as Halep edged towards glory, Dobre’s post-match comments were equally refreshing:

“She played very well this year – in Miami, in Roland Garros and Eastbourne – and this week she found everything so she won.”

Romania’s first Wimbledon champion, and deservedly so. Having already stolen the show, Halep stole the hearts of audiences around the world as she spoke to Sue Barker whilst the Venus Rosewater Dish rested in the Romanian’s grasp. Grateful for the support she had received from at home in Romania, thankful for the support she had received in SW19, and blown away by how far she had come, Halep was every bit as graceful in victory as Williams was in defeat.

As the dust settles, and minds begin to drift to Flushing Meadows – the setting of the final Grand Slam of the year, it is almost impossible to predict what will come next in the arena of women’s tennis. In her post-match comments, Williams admitted that she “trying to go for too much because [Halep] was getting a tremendous amount of balls back.” In her own words, Williams is going “in the right direction”, but she must break her Grand Slam final voodoo before time passes the former-world number one by.

For Simona Halep, the future looks very bright indeed. Few players have beaten Serena Williams in straight sets in the final of a Grand Slam, but even fewer have brushed the legendary American aside within the hour. Since winning the French Open in 2018, Halep had failed to reach the final of a Grand Slam. With her drought now over, Halep’s rise shows few signs of being halted.

As the weight of history weighed on the shoulders of Serena Williams, Simona Halep made beautiful history of her own. Romania’s first Wimbledon singles champion will head to Flushing Meadows with new expectations thrust upon her; perhaps Halep, too, will be stifled the weight of history.