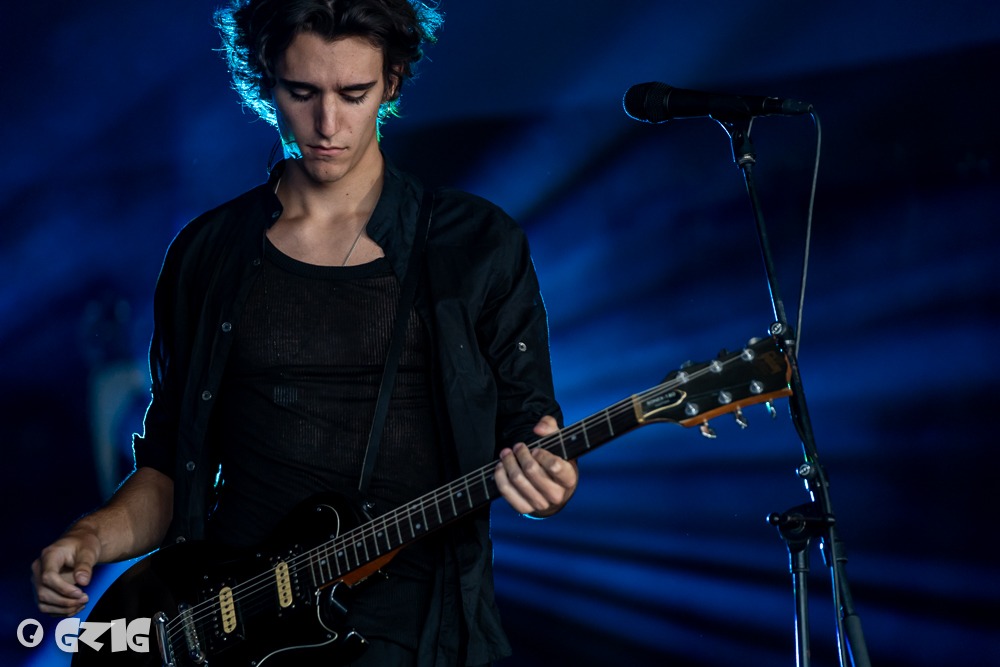 I first heard his voice as I stumbled into one of the concert tents of last year’s Sziget Festival in Budapest. I was transfixed. My first thought was “Jeff Buckley reincarnated”. Although he has been compared to the American musician by many, Tamino is a sensational singer, songwriter and multi-instrumentalist in his own right.

Born Tamino-Amir Moharam Fouad, Tamino is a Belgian-Egyptian indie/soft-rock musician. Grandson to one of Egypt’s most celebrated actors and musicians Muharram Fouad, he has music and performance in his blood. His mother named him after one of European Opera’s most famous characters, a prince who appears in Mozart’s The Magic Flute. The singer’s own middle name, Amir,  is the Arabic word for prince, and is also the title of his first full-length album.

Tamino released Amir in October of 2018. It features 12 tracks, including the songs ‘Habibi’, ‘Cigar’ and ‘Indigo Night’ that appear on his first, self-titled EP, Tamino. It was the lush, deep-cut single ‘Habibi’ that first gained the artist a global presence, attracting the respect and interest of Radiohead bassist Colin Greenwood. This led to their collaboration on the hypnotic rhythms and enigmatic lyrics of ‘Indigo Night.’

Mesmerising, intense and profoundly candid, Tamino is absolutely one to watch

Amir is incredibly well mixed and constructed, thanks in part to producers Pieterjan Maertens and Jo Francken. Though all of the songs fuse together beautifully as a concept, we can still revel and delight in their important differences. In ‘w.o.t.h’ we’re presented with a deep, Massive Attack-like ambience, in contrast to the heart-wrenching, acoustic simplicity of ‘Verses’. This just shows the artist’s versatility and fearless capacity to innovate and experiment.

Despite having lived in Belgium all of his life, Tamino is very conscious of his Egyptian heritage and recalls many Middle Eastern traditions in his music. His melodies and instrumentation blend the sound of contemporary indie-rock with the mysterious passion of Nubian folk music. Particularly in Amir, he preserves the richness of this blend by playing alongside the Nagham Zikrayat, a professional orchestra featuring predominantly Middle Eastern musicians.

His voice glides between deep, baritone lines and a delightful falsetto with effortless agility. Having seen him in concert twice, I can assert that his voice retains its studio quality and at times even exceeds it. As if the voice weren’t enough, it goes without saying that the 23-year-old is awfully easy on the eyes. His style reflects the dark, brooding sound of his music, as he opts to wear all black in most of his shows and daily life. Mesmerising, intense and profoundly candid, Tamino is absolutely one to watch.

Gallery image with caption: Milk Teeth interview: behind the making of their self-titled record

Gallery image with caption: The Weeknd vindicates his vices on ‘After Hours’

Gallery image with caption: ‘A Billion Heartbeats’: Mystery Jets paint a portrait of the moment

Gallery image with caption: Lo-fi: music made in the bedroom, for the bedroom