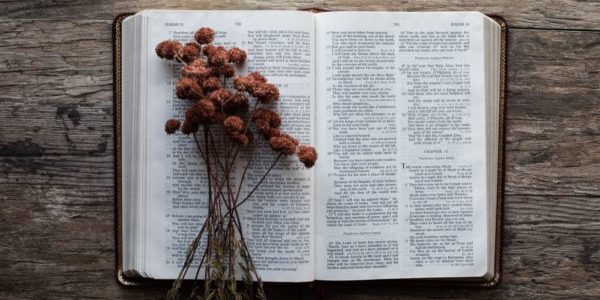 The second anything happens to a celebrity, the news is on it instantly – from births to deaths, they have everything covered. Nothing can escape journalists: news and rumours spread like wildfire. It is easy to criticise the industry for this invasion of celebrities’ privacy and while I am not saying this exposure is always justifiable, the news does have a duty and purpose to inform its readers of current events. On the other hand, the publishing industry’s willingness to profit from the deaths of celebrities is not one we should stand for. There is a big difference between the release of information in a news article and in a published biography, the latter clearly targeting just to gain money.

The biography of Caroline Flack is the most recent example of this vulture-like behaviour. On 17 February, a mere two days after her death, it was announced that Caroline’s biography will be rushed to be released on April 30, just ten weeks after her passing. With the death fresh on everyone’s mind and news stories constantly being released, it is undoubtable that this media attention will increase the profit made from this new biography.

A share of this profit will supposedly be donated to anti cyber bullying charities, and while this does help win back some brownie points, it begs the question of why it is only a portion of the profit being donated. How can anyone a part of Ad Lib Publishing, the company due to release Caroline’s biography, be comfortable gaining any money from its sales? The fact that the portion of the profit to be donated has not been named in any news stories seems to imply the donation will be a pitiful amount in comparison to what the company keeps anyway.

Why is profiting from the misfortune of another being normalised?

Even the title of the biography leaves me slightly unsettled: The Short, Sweet and Tragic Life of Caroline Flack. Firstly, it sounds like Netflix’s next most popular rom-com but on a more serious note, the acknowledgement of Caroline’s life being “tragic” again leads us to ask: why is profiting from the misfortune of another being normalised?

This biography is not being released in the form of an informative piece of work or as a historical book, but as something that will probably just be a few hundred pages of gossip. And what makes it even worse is that Caroline herself isn’t here to approve the release of such a book or validate its contents. It is so easy to misinterpret what someone else has told you, to read a story from a different perspective – all it takes is for one word of Caroline’s to be written differently in the biography and the media onslaught could begin again.

The Mirror covered Ad Lib Publishing defending their new project; they explain how “Emily (Herbert) is a wonderful writer who has serious and important things to say about this terrible tragedy” and that “she will reveal much that is unknown about this sad, sad story”. Again, we are seeing an unsettling recognition that Caroline’s story is a “terrible tragedy” or a “sad, sad” one running alongside a willingness to still expose it.

These biographies are not a tribute to the celebrities who have passed, especially when released so quickly after their deaths

Just as you were thinking things couldn’t get any more despicable, this isn’t Emily Herbert’s first rodeo. She has also written about other celebrities who have passed, such as Michael Jackson, George Michael and released Robin Williams’ biography Robin Williams – When the Laughter Stops in 2014, the same year that he died. The exploitation of Caroline’s story is unfortunately one of many and I am sure the publishing industry will not stop here. Even the backlash on social media regarding the biography’s quick release has had no effect.

These biographies are not a tribute to the celebrities who have passed, especially when released so quickly after their deaths. They promote the idea that once a celebrity dies, their life and secrets are public property, just because they were in the limelight while they were alive. What angers me the most is that companies release countless books a year and there are countless brilliant writers desperate to be published, yet still the industry fund these biographies that treat celebrities as the media’s property.

Sometimes it is easy to forget these celebrities are humans too, and so I hate to see how the release of Caroline’s biography will affect her family and friends. The media had a profoundly negative effect on Caroline’s life while she was alive and it seems wrong that her suffering is prolonged: rather than exploiting her story, it’s time publishers let celebrities rest, dignified and in peace.