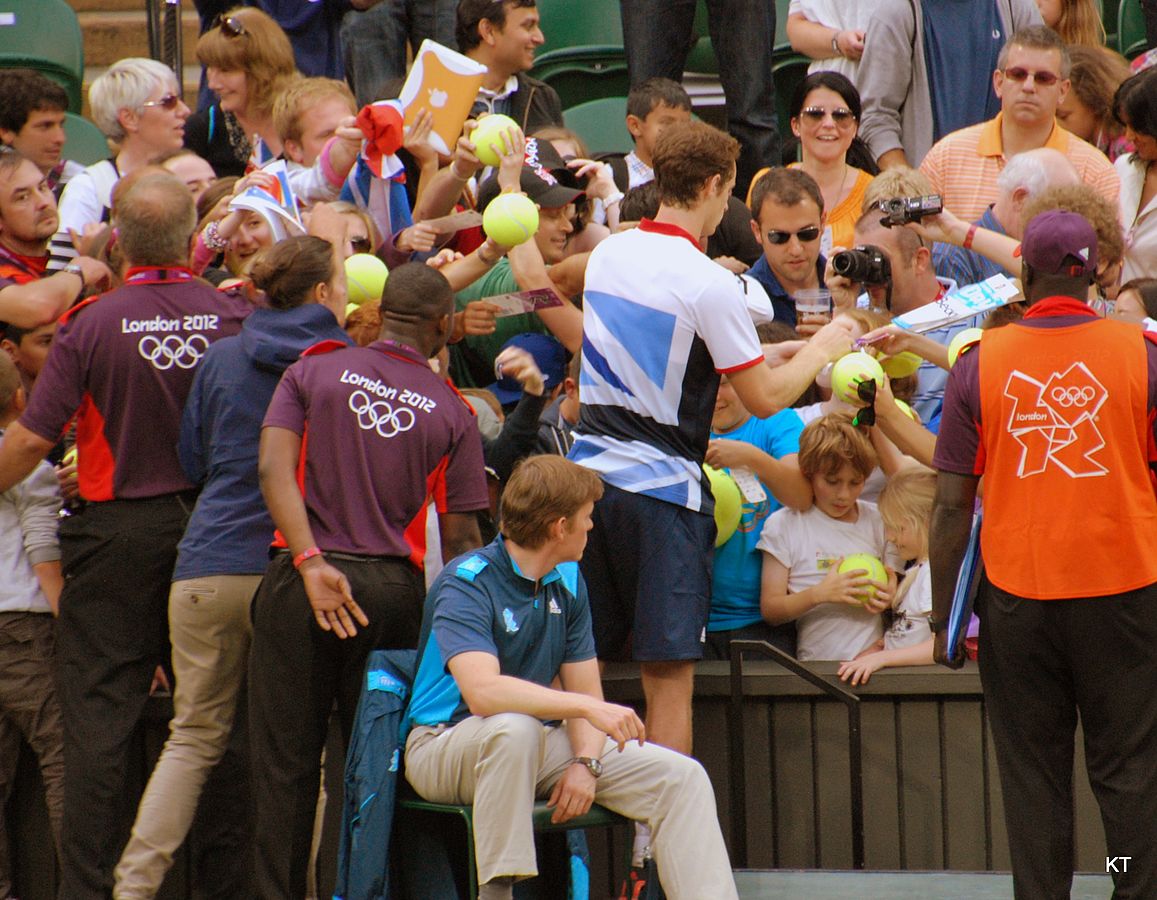 Cast your mind back to happier times, and come with me to the London 2012 Olympic Games. In the nation’s first home Olympics in 64 years, Team GB enjoyed their most successful Games since 1908, soaring to third in the medals table on home soil amid a summer defined by its euphoria. Many athletes enjoyed the most famous moments of their career in London: Bolt, Farah and Ennis, to name just three. Few deserved their flash of champagne celebration quite like Andy Murray did.

A child of Dunblane, Murray cut an agitated figure under the spotlight throughout many moments during the early stages of his career. In 2006, when asked who he would be supporting at the upcoming World Cup, Murray responded with now infamous line: “Anyone but England.” In the six years that preceded his Olympic triumph, Murray’s position as Britain’s best tennis player was subject to ridicule and hatred.

British when he won; Scottish when he lost. Murray’s relationship with the press south of the border was fraught with tension. The media’s characterisation of Murray as boring, petulant and a perennial loser has since proven to be hollow, hate-ridden rhetoric, but there was a time when Murray’s greatest detractors where the very people who should have been his most ardent fans.

Murray had proven that he could match his illustrious peers

In the years prior to the 2012 Games, Murray had inched closer and closer to Grand Slam glory. After breaking into Roger Federer, Rafael Nadal and Novak Djokovic’s elite club at the peak of men’s professional tennis, Murray had proven that he could match his illustrious peers. Beating them proved more problematic.

Flushing Meadows provided the backdrop for the first major defeat of Murray’s career. The first Brit to reach a Grand Slam final since 1997, Murray was beaten comprehensively by Federer in a match defined by the Swiss’ dominance. In 2009, Murray rose to second in the world rankings, beating Nadal and Djokovic in finals in Rotterdam and Miami to assert his place among the modern greats of World tennis.

In the two years prior to the London Olympics, Murray’s career continued to follow the same pattern. “I can cry like Roger, it’s just a shame I can’t play like him,” commented Murray after being defeated by Federer in the final of the Australian Open in 2010. Murray reached the semi-finals of Wimbledon in 2011, but fell to another straight sets defeat against Nadal.

Twelve months later, Murray went one step further to become the first British player to reach the final of Wimbledon since Bunny Austin in 1938. Once again, Murray succumbed to Federer on the world’s biggest stage. After taking the first set in the final, Federer responded emphatically to win his seventh title at the All England club.

Murray had done everything but win a Grand Slam title. The self-berating Scotsman was caricatured as Britain’s nearly-man: Murray was the sportsman who had almost made his country proud, but not quite – so the media chimed. The source of much of the criticism volleyed in Murray’s direction owed to his steely, abrasive demeaner on court. For the neutral, it was quite hard to like a player who hadn’t won anything of note, and screamed at himself whenever he lost.

Murray’s golden travails at London 2012 flipped the script. Covered in the Games’ iconic purple signage, the All England Club – previously the scene of many of Murray’s most painful defeats – was the stage for Team GB’s sixteenth gold medal of the summer, a moment of euphoric relief. Murray breezed through the opening two rounds of the tournament with relative ease, but was forced to come from a set behind against Marcos Baghdatis in the third round to reach the last eight.

Nicolas Almagro provided limited challenge in the quarter-finals to a resurgent Murray, who strolled into the semi-finals with a 6-4 6-1 victory over the unseeded Spaniard. The semi-final was an altogether different proposition: Murray beat Djokovic amid a sea of tension in an enthralling 7-5 7-5 nail-bitter. On the other side of the draw, Juan Martin del Porto was beaten by the Wimbledon champion. For the second time in as many months, Murray would face Federer in a final in West London.

Breathless, hysterical celebrations soon ensued. The atmosphere on Wimbledon’s Centre Court after Murray had stunned Federer to win Team GB’s sixteenth gold of the Games was a lethal concoction of joy, disbelief and relief. At last, Murray had leapt over the final hurdle, charged over the finish line and beaten Federer in a match that spectators the world over had watched through their fingers.

As the chair umpire announced the 6-2 6-1 6-4 scoreline, Murray didn’t drop to his knees, nor did he jump into his family’s arms: he looked awestruck, as he stood on a moment crystallised in British sporting history. Murray’s attitude and approach to tennis has since been immortalised in his style of play: a tireless, fearless competitor, Murray is among an exclusive group of athletes befitting of recognition as the greatest British sportsperson of their generation.

Murray was in constant conversation with himself on that famous day in London. Before hitting the ace that won Britain gold, Murray looked to the sky, took a deep breath and refused to back down. “Andy had a clear plan,” Federer said after the match, “and never looked like he was doubting himself.”