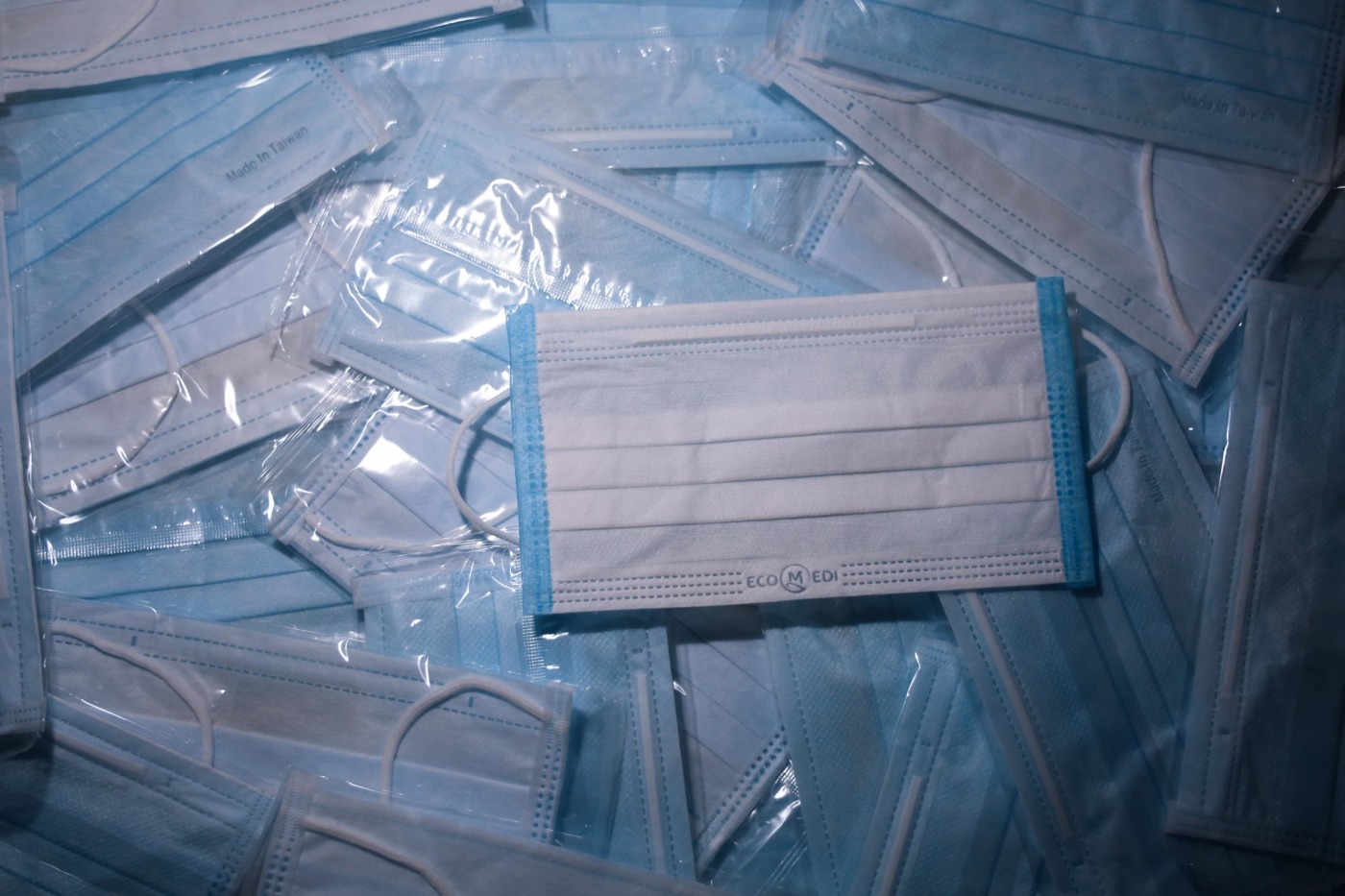 Image: De an Sun on Unsplash

Is coronavirus being used as an excuse for sinophobia?

Coronaviruses are a sub-group of viruses which are zoonotic, meaning that they can be transferred between animals and people. They are named after the shape of the spikes, (“corona” translates roughly as crown), on their surface. Contrary to what many fear-mongering headlines would have you believe, they are not a novel disease and are responsible for between 15 to 30% of common colds. Coronaviruses usually cause cold and flu-like symptoms, as they affect the respiratory systems of mammals, and it’s not unlikely that you or someone you know have been affected by one. You just might not have been aware of it.

So, what is the actual danger when it comes to coronaviruses? Some strains of coronaviruses are, in fact, very dangerous. For example, Severe Acute Respiratory Syndrome, (more commonly known as SARS), resulted in more than 8000 cases of the illness in 2003. This virus was airborne, meaning it could spread as quickly and indirectly as the common cold, and had flu-like symptoms. Between 2002 and 2003, SARS killed 1 in 10 people who were affected by the illness, particularly people who were over the age of 65. The death toll from the recent coronavirus, named Covid-19, is currently twice as high as SARS.

Many people in China have been affected by the Covid-19 virus, both by the illness itself and the measures they have taken to stop it spreading. A total of 77,666 people in China have been confirmed as suffering from the virus, far more than in any other country, and cases are increasing rapidly due to the country’s large population. Even those who don’t have the virus are feeling the strain; to slow the spread of the virus, many schools have been temporarily closed, cities like Wuhan have been isolated, and people are being advised to self-quarantine.
It has also taken a toll on students who have family members in China and those who were due to return there over summer. One student at Warwick said: “My family and I have personally been affected by this tremendously. With BA flights to China cancelled, travel bans on my parents and friends, and the rest of my family split apart, there have been many contributing factors of stress while living in England- and I think many East Asians can relate to my experiences on some level.”

The Coronavirus outbreak has taken a toll on students who have family members in China and those who were due to return there over summer.

There have been many formal and informal discussions about Coronavirus that have been fuelled by a sense of panic. Emergency planners have announced their plans for if there is a sudden outbreak of Covid-19 in the UK, which could involve temporarily setting down schools as well as cutting off local populations. These attempted reassurances for the public have only reinforced the fear of the virus. Similarly, fear-mongering has taken over the media worldwide, with The Atlantic electing to run the headline “You’ll Likely Get The Coronavirus” in order to earn clicks from people. Meanwhile, headlines have even been fuelled by racist stereotypes which claim that Chinese people are dirty and uncivilised. Phrases like “yellow peril’ and “Chinese virus panda-monium” have been run in European and Australian papers.

Headlines have been fuelled by racist stereotypes.

Additionally, many Chinese people in the UK have found themselves the victims of public racism. For example, Chinese students in Southampton have been targeted with abuse, having stones thrown at them in the streets and being told to go back to their “f**king country”. Similarly, many Asian people have been verbally abused for wearing face masks. In East Asia, it is common, (even fashionable), to wear masks to protect from germs and air pollution in busy areas. But in the UK, a student was called a “virus” because she was wearing one and, in Portsmouth, a resident was reportedly told to get off a bus for the same reason. This is because masks have severe medical connotations here instead of being seen as a precaution against illness.

Many Chinese people in the UK have found themselves the victims of public racism.

One Chinese student at Warwick said, “I can empathise with people who may sit further from an East Asian-looking person wearing a mask on the tube. Everybody wants to protect themselves and those they love… [but] cases of hate crime and excessive violence against East Asians should not be tolerated.”

But sinophobia isn’t as simple as statistical violence- a majority of hate crimes aren’t reported to the police to begin with and there are much more subtle types of racism at play.

For example, many Chinese, family-owned restaurants have experienced a drop in business since the outbreak with people voicing a reluctance to eat there. The topic has also trended several times on Twitter with users joking about “Chinese people eating anything that moves”, (BBC), as they have live food markets. CNBC reported that many Uber and Lyft drivers are now reluctant to pick up people of East Asian descent, including a group of Korean friends who were “waved away” by a driver who came to pick them up. Additionally, NHS services are more reluctant to see patients who have recently travelled to East Asia in case they are carriers of the virus- this makes it more difficult for Asian students to access healthcare services in the UK. While these might not be violent examples of sinophobia, they help create an atmosphere in which hate crimes can occur.

Closer to home, posts about coronavirus have been published on the student-run anonymous Facebook page WarwickFessions. One student joked “mate gonna be actually fuming if I catch the corona virus”, while another submitted more seriously: “if you’re feeling ill, stay home (especially if you’re from anywhere near Wuhan or have come into contact with anyone near Wuhan)”. Chinese students reading these posts could feel unnecessarily isolated from other students, especially since hearing reports of racism towards Southampton students.

Many Chinese students are already experiencing anxiety because of the virus and the risk currently being posed to their friends and family in China. They don’t know whether or not their family members will fall sick from Covid-19 or, due to cancelled flights, when they will next be able to go home. Feeling cut off from their local community and knowing they may experience racism, (subtle or not), every time they leave their house is likely to only contribute more to their stress. A student at Warwick said: “I personally have experienced lapses in my mental health due to the stress of the coronavirus. At this point, just that little bit of compassion and understanding from the British and the Warwick community would be so helpful.”

Many Chinese students are already experiencing anxiety because of the virus and the risk currently being posed to their friends and family in China…Knowing that they may experience racism is likely to only contributr more to their stress.

It can’t be argued that reactions to the coronavirus have been born entirely out of sinophobia. After all, the UK is not just a country with a history of racism but one founded on racism, as we invaded, colonised, and abused other countries for the sake of improving our own. However, some would argue the British reaction has definitely been fuelled by racism in two ways: it has given people who already held prejudices, (whether consciously or not), an excuse to act on them and has been used by the media and British public to create racist narratives about Chinese immigrants. A narrative has been created in which “Great” Britain must be urgently protected against a scary, foreign disease carried by people who are seen as “not like us”.

Reactions to the coronavirus have been born entirely out of sinophobia.

Moving forward, it’s important that a blind eye isn’t turned to those who are dealing with the consequences of the virus right now. As a university with over 2000 Chinese students, it is important that these students are correctly supported and protected by Warwick and its students. Think before you make jokes about the coronavirus, even if it is anonymous, and consider whether it’s really appropriate for you to do so. Racism, even if it is fuelled by fear, should never be seen at Warwick University.