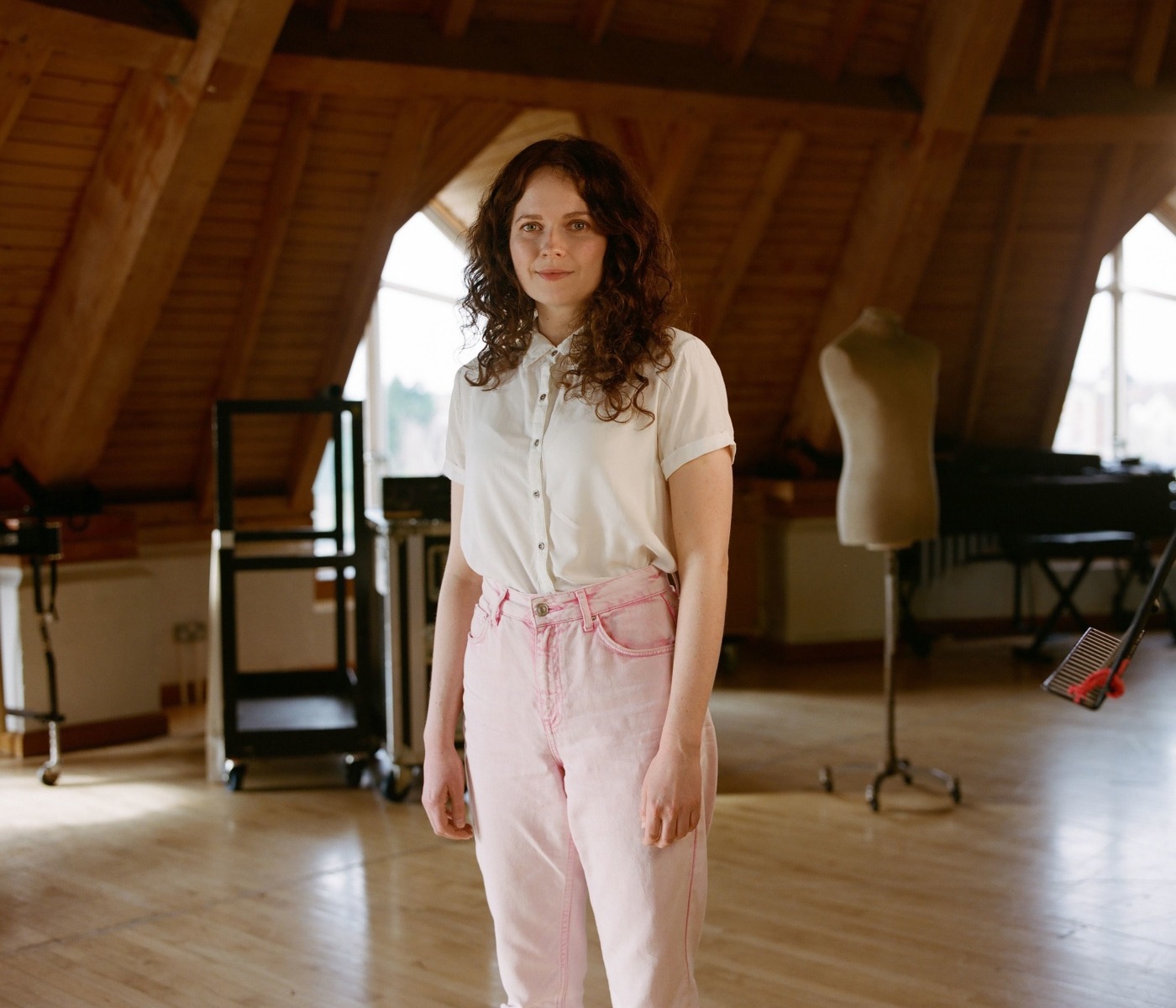 Nine years after graduating from the University of Warwick, Bathsheba Piepe has achieved what many actors only ever dream of: she will be appearing with the Royal Shakespeare Company in two plays that are part of the RSC’s forthcoming PROJEKT EUROPA season. I was eager to ask her what it feels like to have achieved her “number one ambition.”

“It really is a dream,” Piepe tells me. “I remember when I was at Warwick going to see shows there and imagining what it must be like to be part of the company.”

Even more impressively, this is actually her second time performing there, having previously acted in the 2016 season. “Coming back here, it’s even better,” Piepe explains. “The first time I was there, I was so in the moment, learning day by day and experiencing things.

“Coming back, and especially for this season is really interesting, because I think this it’s so much to do with creation, and it’s a totally new way of working for the RSC – there’s so much collaboration and devising. It’s a very different experience.”

I think essentially it’s a kind of provocation about, what is Europe? What does it mean to be European, especially in light of Brexit?

It’s clear that PROJEKT EUROPA marks a new turn for the RSC in more way than one. The company is, of course, the symbol of traditional British theatre, but in this new season they are questioning what Europe means in a post-Brexit world.

Piepe explains this to me: “I think essentially it’s a kind of provocation about, what is Europe? What does it mean to be European, especially in light of Brexit? How do we keep collaborating? How do we push these questions, especially in the arts?

“I was reading today about the projected figures of how much the UK arts scene will lose, and it’s really moving. It’s brought together cast and creatives from all over Europe, for example, our director Barbara Frey for Peer Gynt is Swiss. In the company we’ve got a lot of different experiences, and that means that, creatively and artistically, people are bringing totally different spirit to the company, which is really exciting.”

PROJEKT EUROPA is a series made of three plays, as Piepe explains: Europeana, based on a Czech novel and directed by Maria Åberg, Ibsen’s Peer Gynt, directed by Barbara Frey, and Blindness and Seeing, which will be directed by Tiago Rodrigues.

Piepe adds that her season at the RSC seems to have brought her full circle from her time at Warwick, where her favourite module from her Theatre and Performance Studies degree was Theatre and the New Europe.

One of the joys of talking to Piepe is hearing how much she enjoyed her time here. “I obviously loved my time at Warwick, it totally formed me as an artist. I think what’s really amazing was the incredible teaching and creativity. It’s been really lovely for me as well seeing all the emerging companies.”

Piepe is quick to mention the infamous Warwick mafia, the group of Warwick students who run the UK’s creative scene – every time she mentions another project she has been a part of there is a mention of another Warwick graduate, from performances in New York to a band she is a part of.

“It’s so incredible to see that the standard of work being made by Warwick students absolutely continues to thrive. People talk about the Warwick mafia, and in my experience it’s true. In the creative world – producers, directors, writers, theatre makers – there are so many people who have gone to Warwick. It’s an incredible network.”

I ask Piepe why she thinks this is – to quote The Guardian’s Andrew Haydon, “What is it about Warwick?”

“I think you’re given so much freedom to explore and create there,” she explains. “I think the teaching is exceptional, and the more time that passes since I was there, I just think we were so lucky to be surrounded by people who were just so passionate about making theatre, taking chances and doing something because they absolutely love it.

“There’s such a freedom to take risks and explore as well. The drama societies are so strong and I remember feeling like every aspect of it was so professional. Everyone cared about it so much, and that’s such a joy to be a part of. I think people are really encouraged to create their own work; that’s the key.”

After graduating from Warwick in 2011, Piepe trained at LAMDA, having been acting professionally since 2014. Piepe explains what first attracted her to the RSC project: “Something that I’ve really been thinking about over the last couple of years is what it means to be an actor versus a creator and framing yourself artistically.

“The thing that really attracted me to this season was the sense of agency and empowerment that I felt even in the audition process. It was very nontraditional in the sense that we had to create our own five minute piece. To me that was so interesting.”

We don’t have to constantly one-up ourselves, and taking time out to really do what you love is a good thing

“Often in the acting world you can feel like you don’t have a voice, but with this I felt like they’re really looking for collaborators. And I think going to warwick gave me that grounding and that opportunity to explore myself as an artist and as a creator. I just had such an amazing time there.”

Since, for so many, a stint at the RSC must be as far as their dreams can stretch, I’m curious to know what’s next for Piepe. A show at the Barbican? Maybe the National? Her answer somewhat surprises me, but is very refreshing: “the arts world is so unpredictable, you often feel like your fate is in other people’s hands. I’m feeling now that I want to take control over my life and my career.

“I’d love to spend time travelling through Europe. I did a tour a couple of years ago, and my great-grandfather was a travelling musician. He travelled all through Europe before he came to England and I’ve always had a sense of kind of wanting to retrace his footsteps. If I could combine that with acting that would be incredible.”

I think Piepe’s answer points to advice we could all take on as students: we don’t have to constantly one-up ourselves, and taking time out to really do what you love is a good thing.

Follow your passion, have faith in your own work and where you are already

Piepe is keen to leave me with more advice for future Warwick mafia members: “Follow your passion. Have faith in your own work and where you are already. For me, I always felt like okay, I’m at university, then I’ll go to drama school and then I’ll go into the real world and grown ups will tell me what to do. But the more I think about it, the more I think, when you’re a student, you’re the ones that are making a change. You’re the new generation, so go and make that work. Don’t wait for anyone else to give you permission.

“I think it’s all about making your own opportunities and being proactive, and unleashing your power. Take those risks, take those chances. You are the industry.”

Piepe’s last comment to me is perhaps her most powerful: “I think if I could give my past self any advice it would be: find your authentic voice, and just get out there and be loud.”

Piepe is appearing in Peer Gynt and Blindness and Seeing at the RSC’s Swan Theatre, as part of PROJEKT EUROPA, which begins in April with Europeana. More information can be found here.