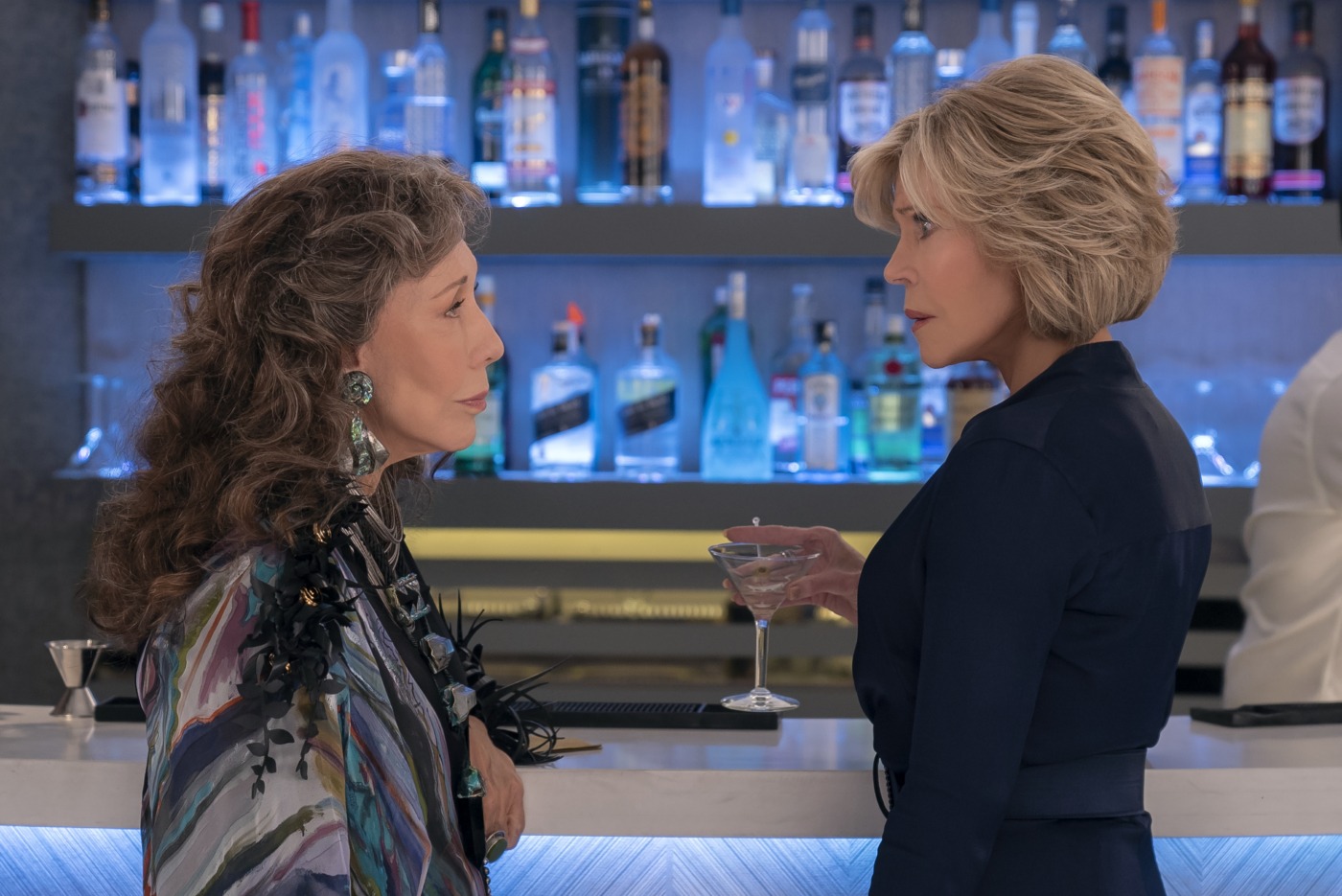 ‘Grace and Frankie’: a revolutionary display of media representations

You know a show is a success when you discover your best friend watching it at the same time as you in another room of your home, you discover other friends watching it on the treadmill, and when recommended to further friends they reply with; “my mum loves that!” Grace and Frankie is yet another Netflix original to hit screens, and the hearts of viewers. A tale of two unlikely companions, forced together after their husbands divorce them (plot twist: for each other) Grace and Frankie has proved to be a success as it deals with before-unchartered territory in Netflix character building. While some could criticise it for reaching almost telenovela levels of drama, I argue that its depiction of characters and relationships is entirely realistic, and refreshing for this take.

The first episode of Grace and Frankie takes you to a fancy Californian restaurant, where Sol and Robert (the soon-to-be) ex-husbands of the pair, and law-partners, release the bombshell that they are in fact divorcing them for one another. After a lot of shock and anger in the beginning of the series, Grace and Frankie eventually become peaceful and supportive of their husbands decisions; a refreshing support for exes not usually portrayed in the media. This portrays Sol and Robert not as the enemy or even victims, just two people who have lived a life as people who they are not – and entirely deserving of the right to happiness. Family is central to the themes of the series, and the unconditional love, support and forgiveness shown here is exactly the right way to deal with a family member coming out, and equally family members dealing with the loss of a partner. Bearing striking similarities to the support of Philip Schofield’s family as he came out, TV has never done something so right.

Family is central to the themes of the series, and the unconditional love, support and forgiveness shown here is exactly the right way to deal with a family member coming out

The revolutionary depiction of Robert and Sol’s characters extend even further, not only are they two gay men, but two elderly gay men, each in at least their seventies. Two wealthy, elderly lawyers are a far cry away from the typical young, attractive, hip archetypal gay character many shows have attempted to portray in the past. They are characters who have spent seventy years waiting to come out, living a lifetime that spans from a time when homosexuality was illegal and deeply stigmatised, to a time when marriage equality has occurred, representing a deeply underrepresented group in the media. Not only this, but Robert and Sol are an interfaith couple; Sol Jewish and Robert Catholic – two religions that are not typically forgiving of homosexuality. Sol and Robert, as characters, pave the way to redefining what it is to be a western gay man in media narratives, which is much needed.

While the series scores highly for its representations of the male characters, it achieves tens across the board in its efforts of engaging with femininity

This success is not limited to sexuality though, as for the most part of the series, both Grace and Frankie are single, completely prioritising one another and their relationship. Rather not unlike a married couple, Grace and Frankie rely on one another, and even when they do eventually engage in romantic relationships they do not forsake each other for a moment. Not only is female solidarity celebrated, but Grace and Frankie are not portrayed as the geriatrics much of the media would love to see them as, but thriving entrepreneurial women, who can just be a little forgetful at times.

Hugely funny, heartwarming and unique, Grace and Frankie has a special place in my heart. While it wonderfully confronts gender roles, the successes of the show would not be so profound if the family were not the white, middle class people that they are. Saying that, Netflix heralds yet another success in innovative television-making, and I’m sure I’m not alone in my excitement for what season seven will bring.