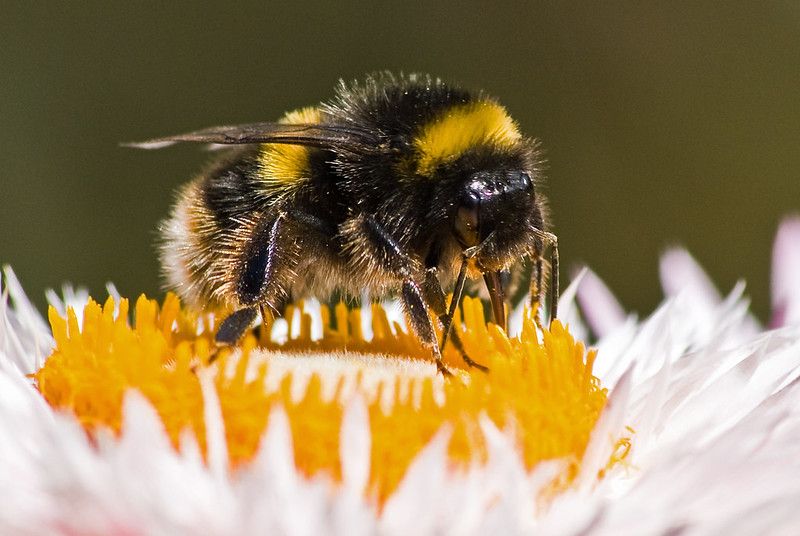 The possible loss of vital buzzy pollinators, because of rising or unstable temperatures and wind, could bring terrible consequences for ecosystems, agriculture and the economy. Only recently people started to see the connectivity and the subtle fragility of the global ecosystem. Bees and bumblebees, nature’s most important and hard-working pollinators, are in trouble. Round and proud they buzz around spreading pollen and fertilizing many types of wild flora, as well as the crucial domesticated crops.

Bees and bumblebees face huge factors that will further endanger their survival. Several separate studies concluded that the dropping number of insects is heavily related to climate change. For example, in North America it is nearly 50 percent less likely to see a bumblebee than it was in 1974, whereas in Europe, there are 17 per cent less bumblebees than it was in the early 20th century, writes the National Geographic. This means that bumblebees have either died out or moved elsewhere.

In a new paper published in the journal Science, researchers from the University of Ottawa and University College London examined the habitat and spread of 66 species of bumblebees across the two continents. By using a massive dataset and a complex modeling process they suggested that climate change is responsible for the decline of the bumblebee. Scientists found that in the areas where the climate became hotter or have experienced temperature swings, bumblebees are less abundant. Study leader Peter Soroye, a doctoral student at the University of Ottawa, said that the decline in number is “linked to species being pushed beyond temperatures they haven’t previously had to tolerate”. According to the U.S. National Oceanic and Atmospheric Administration, the last 5 years were globally the hottest ever recorded in the 139 years.

Bumblebees have been known to be more suited to cold weather, with their furry bodies able to generate heat while flying. This ability often allows them to be the first bees pollinating in the spring. However, the exact vulnerability of the bumblebee is still unclear for most of its species, but the study suggests there is a visible limit to their adaptability.

Bees and bumblebees, nature’s most important and hard-working pollinators, are in trouble

Climate change impacts the life of insects in several ways. The bees can simply overheat, there can be less vegetation and flowers meaning bees would be let to starve. Bumblebees only live one year at most, whereas queens usually spend the winter in leaf litter or in the ground. They are vulnerable to shifts in temperature, unusually early ice melts and refreezes.

Another independent study conducted by the University of Sussex researchers show that bees are threatened by higher and more frequent winds caused by global heating. Simulating the natural environment researchers lured honeybees into a shed with sugar water feeders. Only one bee was allowed in at a time, and its visit to artificial flowers were recorded and timed under different fan speeds, which mimicked calm and windy days.

The results showed significant difference. With no wind, the bees on average took nectar from 5.45 flowers during their 90-second time trial. When wind speeds were increased, this fell to an average of 3.73 flowers. Over the course of a day, a bee’s capacity to supply its colony with food would be significantly curtailed, writes The Guardian.

Bees also took more time to take off from the flower – ranging from an initial 0.05 seconds to 54 seconds. The lead author of the research Georgia Hennessy proposed two possible reasons. The first one suggested that huge winds reduced the bee’s body’s temperature necessary for taking off and this in turn required more time. Whereas the second one proposed that the bee was simply waiting for the wind to stop, since gusty conditions occur frequently in nature.

In the areas where the climate became hotter or have experienced temperature swings, bumblebees are less abundant

The decline of the bee and bumblebee is tremendously dangerous to the environment, since they provide necessary pollination services for an abundance of flowering plants in order to reproduce. Consequently, this would result in a loss of biodiversity and terrific economic costs. One study estimated that bees contribute more than $15 billion to the U.S economy alone by simply pollinating crops.

However, climate change is not the only factor threatening the survival of bees. Pesticides and neonicotinoids are not making the life of insects easier. Destruction of habitat by development, the spread of pathogens, and the release of non-native bees for commercial pollination also endangers the bees.

Researchers hope that their study “will be impactful in drawing scientists’ attention more to the role climate may play in the decline of these bees.” Whereas they agree that the habitat loss was one of the main drivers of local extinction, they said that “there is a strong climate change signal”. There is little to add except the fact that last year the UN’s Food and Agriculture Organization warned that the decline in global bee populations was a “threat to global food security and nutrition”.