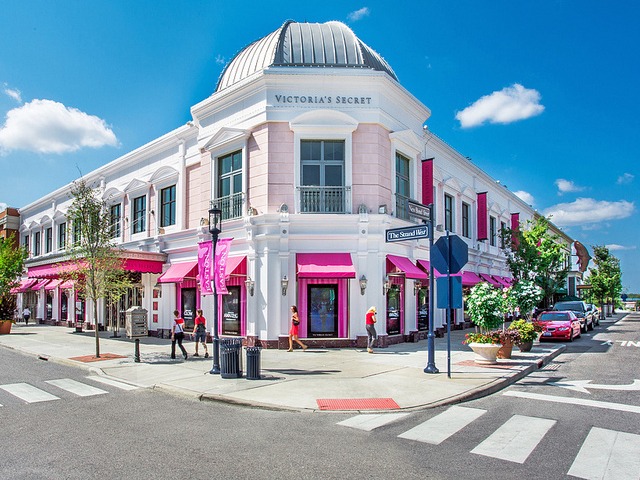 The downfall of Victoria’s Secret after the #MeToo Movement

It is no secret that fashion and lingerie brands that continue to resist the growing trend towards diversity in advertising and model sizes have struggled in the recent political climate. Women no longer want to buy uncomfortable and impractical lingerie from brands like Victoria’s Secret and Agent Provocateur that seem both outdated and unresponsive to demands for greater diversity.

Whereas it was once the defining shop for most American teenage and twenty-something women, Victoria’s Secret has truly suffered in recent years because of the brand’s inability to adapt. The brand is now worth just $1.1 billion in comparison to the $28 billion it was valued at five years ago.

In 1995, Victoria’s Secret launched their annual fashion show which became a pop-culture central point of interest and the viewing highlight of many a fashion and beauty lover’s year. Celebrities like Kendall Jenner and Karlie Kloss saw their career kick-started by the fashion show which featured beautiful women walking down a catwalk wearing underwear and angel wings.

For many young girls, looking and dressing like these models was an aspiration.

However, in recent years there has been heavy criticism over the messages and lack of diversity featured in the Victoria’s Secret fashion shows. The unrealistic standards of beauty that have been promoted by the catwalk throughout the years are just starting to be challenged.

Having to be inexplicably toned, tanned, and go on a strict (and dangerous) diet to be able to squeeze into uncomfortable and unrealistic underwear was seen as the norm for so many years.

Supermodel Karlie Kloss said that she stopped taking part in the show because she “didn’t feel like it was an image that was truly reflective” and wanted to stop promoting unhealthy messages.

There has been a shift in consumer demand for underwear. Customers no longer want underwear that is uncomfortable to wear and incredibly expensive. There has also been a shift in what society views as ‘sexy’. Emerging lingerie brands are catering to this changing consumer habits much better than the outdated styles of Victoria’s Secret.

While Victoria’s Secret still has a 24% market share, this has dropped down from 31.7% in 2013.  Brands like Rihanna’s Savage Fenty have catered more adequately to what women want in lingerie.

Les Wexner, ex-CEO of Victoria’s Secret’s ties to Jeffrey Epstein have not aided the drop in sales for Victoria’s Secret. With the growing power and recognition of the #MeToo movement worldwide, customers no longer want to contribute to companies that have links to sexual violence scandals.

The real curtain calls for the unrealistic and unhealthy messages promoted by the Victoria’s Secret fashion show to come to an end came in 2017. They continued with the show despite the tirade of allegations that were being made against Harvey Weinstein and the spread of the #MeToo movement across social media. The show came to be seen as out of touch.

Outrage ensued when marketing officer for Victoria’s Secret Ed Razek said that he had “no interest” in plus-sized models for the fashion show.  Then, in 2020, a New York Times investigation found an “entrenched culture of misogyny, bullying and harassment” in Victoria’s Secret.

Rihanna’s new lingerie brand Savage Fenty is size-inclusive, reasonably priced and comfortable. In its advertising, they feature models of all sizes, colours and genders.

Customers want brands that represent them. Victoria’s Secret are also missing out on a huge part of the lingerie market size-wise. Whereas they only make bras that go up to a size 40DDD, Savage Fenty makes up to a 46G.

The truth is that modern ideas of beauty and ‘sexiness’ are no longer compatible with the messages, products and catwalk styles that Victoria’s Secret promote. They are trying to change their image with a slogan of “all-new and all about you” for the new spring collection, but the company needs a complete rebranding.

Many models do not want to get involved with the brand because they want to align with modern ideas of feminism and empowerment with what they see as far-removed from what Victoria’s Secret promoted.

It’s unfair to say that Victoria’s Secret is now completely outdated and finished as a company. They are at least trying to rebrand as a more inclusive and consumer-responsive company. However, if they are to thrive in an era of #MeToo and changing femininity, they must accept that their lingerie can no longer be expensive and uncomfortable, disassociate all members of senior staff that have links to sexual violence scandals and continue to diversify their advertising and products to keep in touch with the changing tide of social attitudes.