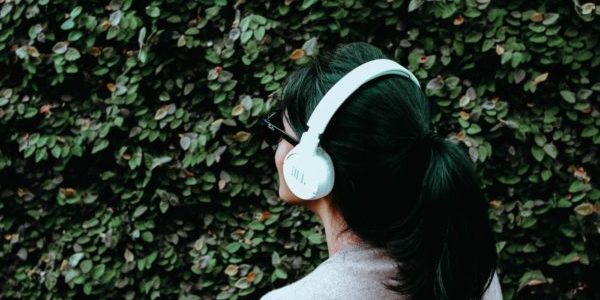 I know that some people are completely against listening to music while they read. Often they’ll say they find it distracting or that it creates detachment from the text in front of them. Sometimes, I would have to agree. More often than not, though, I love to read while something is playing in the background. I often imagine going without it to be like watching a film without the soundtrack, the story will be just as good but in those emotional moments, the pauses in the flow of the plot, the perfect piece of music can really amplify the experience and the perfect piece of music isn’t always that easy to come by.

When this topic comes up, my go-to example of a perfect pairing is always Never Let Me Go by Kazuo Ishiguro and ‘Wasting My Young Years’ by London Grammar. The lyrics of this song translate perfectly to the subject of the book and its fear of losing your grip on the essential moments of childhood, and the tone of the music had me on an emotional precipice from the first page to the last.

London Grammar’s music is often melancholy, corrupted by regret and tinged with hope. In Ishiguro’s novel, Kathy H spends the entire book in pursuit of what is possibly a fool’s dream. As a reader, seeing the pain her hope can cause is without a doubt capable of bringing tears to your eyes. If you mix it with ‘Wasting My Young Years’ though, keeping the despair away becomes a whole new challenge.

As I mentioned, sometimes music can become a distraction (mostly when I’m already preoccupied in some way). Sometimes, I find that the perfect way around this is to find music without lyrics, and what better place to look for that than film soundtracks. This next pairing might seem quite peculiar but now, whenever I watch The Dark Knight and I hear Hans Zimmer’s opening bank scene music, my thoughts immediately go to Dracula by Bram Stoker.

There’s a frantic pace to the music and a growing sense of apprehension as the music progresses, and reading Dracula while listening to this in the background had me on edge in a completely different way. It felt as if at any moment, the eponymous vampire was lurking around the corner waiting to strike. This was clearly Stoker’s intention in his writing but adding the backing track to it made it feel so much more terrifying. I easily found myself lost in the moment and the slightest noise out of the ordinary would have me jumping and probably falling off my chair.

As a final choice of standout pairings, I would have to go with an album rather than a particular track. Resurgam, the second most recent of Fink’s albums was all I had playing when I first read The Shadow of the Wind by Carlos Ruiz Zafón. Now, I love that when any of the songs from that album come on I’m instantly taken back to Barcelona – but not the warm, holiday destination Barcelona we know today.

What I love most about book-music pairings, beyond the moments they create while you’re actually reading the book, is their ability to take you back

I found that there was something cold in the music which paired excellently with the winter nights in Zafón’s novel. It’s quite a complicated book: there are moments of childish wonder, dark suspense and powerful emotion between the characters and that’s why it took a whole album to wrap it all up. Fink’s songs range from very bare where they fit nicely to the moments in between the action of the plot, and full sounding songs adding a real sense of grandeur to a scene. Even the more modern-sounding beats of some of the songs didn’t feel out of place. There is a beautiful variation in pace and power in both the album and the book which make them pair so well.

What I love most about book-music pairings, beyond the moments they create while you’re actually reading the book, is their ability to take you back. I will always have memories that are triggered by certain songs coming on and, pleasant or not, I always love to return to my favourite books just for a moment and to discover the emotions all anew. 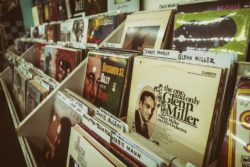 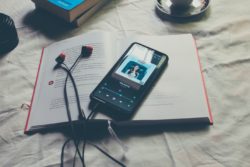