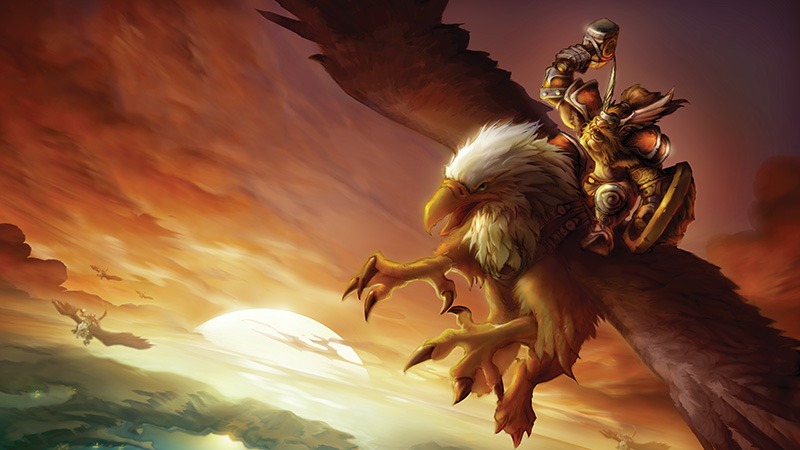 It was 2008 when I picked up my first copy of Warcraft 3. I got back home, turned on my computer and went straight into the campaign, which to this day continues to be my favourite ever created in a video game. The missions were challenging but not too much so that a 9-year-old kid, would not give up. The storyline was so compelling that I just could not wait to see what was going to happen next. Though I never really tried the other features that made Warcraft 3 such a remarkable game, like online play or custom maps such as DOTA, that was the moment I fell in love with Blizzard. I played almost every title that Blizzard has to offer and was never disappointed. Blizzard developers seemed to understand what the community wanted and their mission statements’ core values of putting gameplay first and dedication to quality reflected reality.

Recent events, however, suggest that Blizzard has lost the touch with the communities’ expectation and seemed to forget the key values behind their projects. Starting with the announcement of Diablo Immortal, a mobile version of a long time classic ARPG game. The community has been waiting for a long time to hear any news about a possible fourth instalment of Diablo to then receive just a mobile title. The disappointment was made to be known during the highly uncomfortable question segment, with one member of the public calling the announcement an ‘offseason April Fools’ joke’.  The announcement of Diablo Immortal was seen as Blizzard ‘selling out’ to a lucrative mobile games markets, with a complete disregard for a long time fans that have been there since the beginning.

The Blizzard response to the criticism was lacklustre, blaming the communities too high expectations and not their own shortcomings

The most recent bad news came after the release of highly anticipated Warcraft 3: Reforged. First announced in 2018 as not just a remaster, it promised new animations, new cinematic cutscenes, upgraded UI and many more. Though Blizzard did say that the changes would not be as significant, they attributed the scale back to community consultations. However, after the release at the end of January, it seemed like even more promises had been broken. There were many missing features like the cutscenes and upgraded maps. What was even worse however was that some features from the original game were missing, like a competitive ladder, custom campaigns or clans. You also could not get them back because the original client was merged with the new one. Though the biggest problem was by far the new EULA for custom games: any custom maps made by a community member was owned by Blizzard. The fans again felt lied to. The outrage was enormous. Most fans were requesting refunds, and the game is now one of the lowest-rated games ever on Metacritic, with a user score of 0.5. The Blizzard response to the criticism was lacklustre, blaming the communities too high expectations and not their own shortcomings. On top of that, they were only allowing refunds in exceptional situations. However refund policy has now changed and anyone can request one, though Blizzard notes that the company ‘stands by the quality of their product’.

The criticism spewing from these situations should be a wake-up call for Blizzard. What can they and companies facing similar backlash do? My suggestion would be to first accept the blame and apologizing to the long-time supporters of their games. This would show some instant goodwill and be a starting ground for amending their failures and not blindly standing by their failed projects ‘quality’.

Second, they need to go back to listening and respecting their community. Creating new games based on long-standing franchises with huge fanbases cannot be done without consulting the community about what they expect from the game. It is hard to attract new people to such games, and without consultations, you might lose the fans you already had. Blaming the community for having high expectations, using them as an excuse to cut back the project, as was in the case of Warcraft, or taking a dismissive approach to their expectations, as showed by the famous ‘Don’t you guys have phones?’ quote, is also a very quick way of making sure you are going to sell less game in the future.

Finally, go back to the core values of gameplay and quality first. In Blizzard’s mission statement, it is written that people will not remember how late the game was, but how great it was. It seems like this approach was forgotten by the developers. Making sure that the game’s quality is on an appropriate level would certainly increase the trust in the brand which ultimately would increase the profit. Blizzard being a massive company with vast finances should be in no rush with realising their games. It is up to these companies like Blizzard, who have fallen from grace with recent bad decisions, to increase the quality of their product and I hope they do this quickly. Who knows how much more time they have before the fans will have had enough.