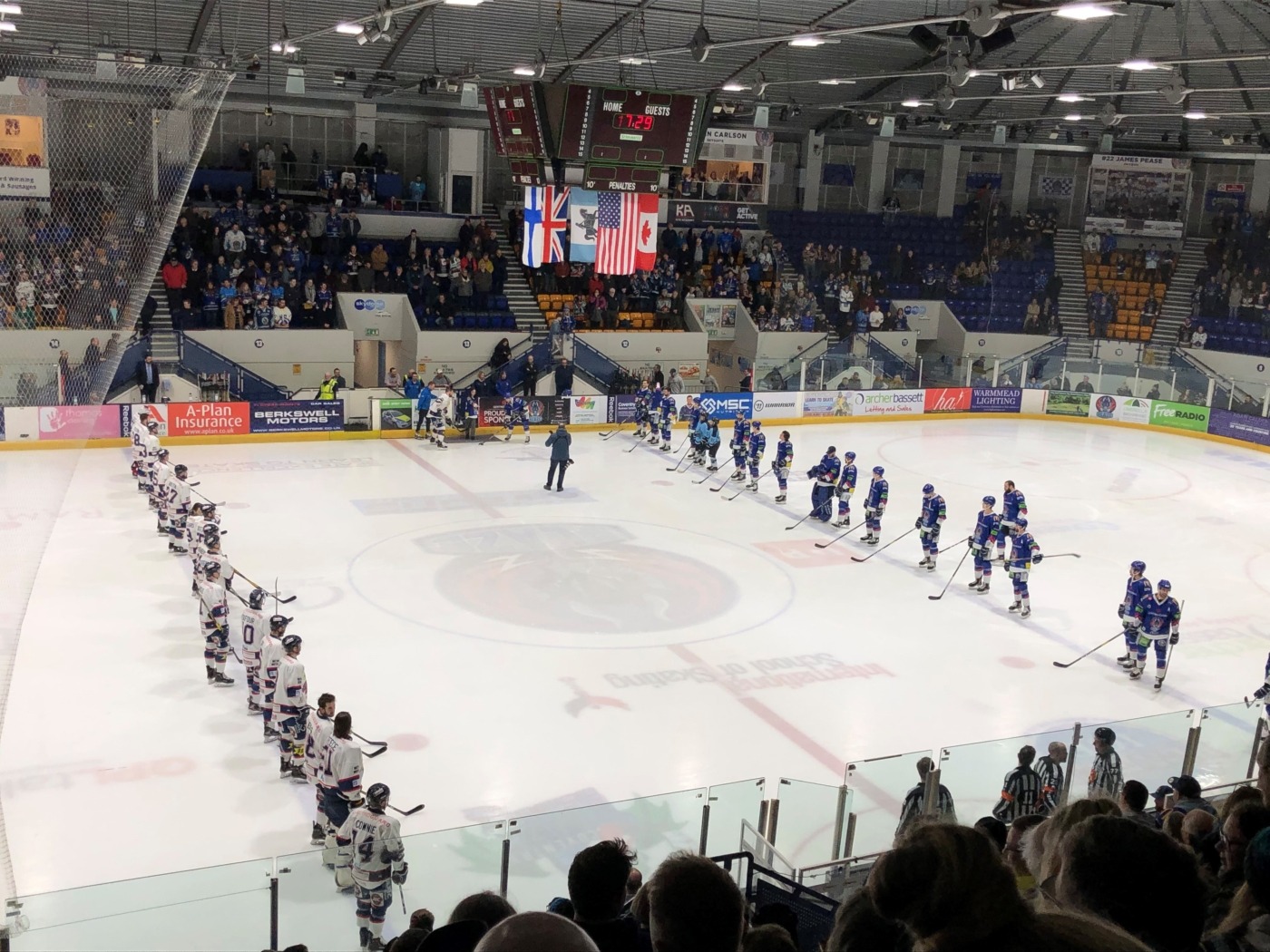 Coventry Blaze left it late against Dundee Stars to claim a famous 3-2 win, propelling Danny Stewart’s side into third place in the Elite League standings with less than a month of the regular season remaining. With just six seconds remaining in the final period, Luke Ferrara notched a timely winner at the backdoor to the delight of the home crowd.

Coventry Blaze, the league’s inform side, started slowly on home ice, failing to capitalise upon an early powerplay, only to concede the game’s opening goal after six minutes of play. Shawn Boutin was allowed too much space and time on the blue line, and the Stars defenseman capitalised, firing a low shot between the legs of CJ Motte in the Blaze net.

Despite starting the period slowly, the hosts grew into the contest, calming the nerves emanating around the Skydome Arena. Ross Venus and David Broll combined smartly to force a smart stop from Alex Leclerc, and the pressure told with two minutes remaining of the first period. Charles Corcoran broke into the Stars’ zone and fired a driven wrist-shot into the top right corner, sending the home fans into raptures.

Just under a minute later, the Blaze faithful had more reason to celebrate thanks to defenseman Dillon Eichstadt. The Blaze Man of the Match capitalised upon a loose puck and sent a looping shot beyond the reach of Leclerc, as the Dundee stopper sprawled across the crease in an attempt to thwart Eichstadt’s efforts.

With the Blaze ahead at the first intermission, the mood around the Skydome Arena continued to improve, although there wasn’t much to celebrate for either sides’ fans in the second period. Matt Pohlkamp forced another fine stop from Leclerc on eighteen minutes; however, neither the Blaze, nor Stars were able to find twine in the second period.

The third period started brightly for the travelling side, and they soon silenced the home crowd. Canadian forward, Matt Carter capitalised upon a moment of confusion among the Coventry Blaze defence, slotting a wrap-around opportunity beyond the reach of Motte. Justin Hamonic’s trip to the penalty box two minutes later for crosschecking served to inflame the rising tensions among the home crowd, but the Blaze roster remained vigilant until the final moments on the tie.

As the Stars pushed for what would have been a vital win in the race to qualify for the play-offs, Andrew Johnston and Luke Ferrara broke free and combined smartly in centre ice, allowing Ferrara to fire a powerful shot into the net to restore the Blaze’s lead. On a night defined by impeccable netminding and last-minute goal-scoring heroics; Dillon Eichstadt secured the MOTM award for the home side for his work on both sides of the puck.

In a season cluttered with significant moments, Coventry Blaze’s final minute salvo will live long in the memory of a fanbase ecstatic to have qualified for the post-season with a month to spare. The Blaze are up to third in the standings, but things could yet improve further for Stewart’s side, who could go level on points with Sheffield Steelers with a win over Fife Flyers next Friday.