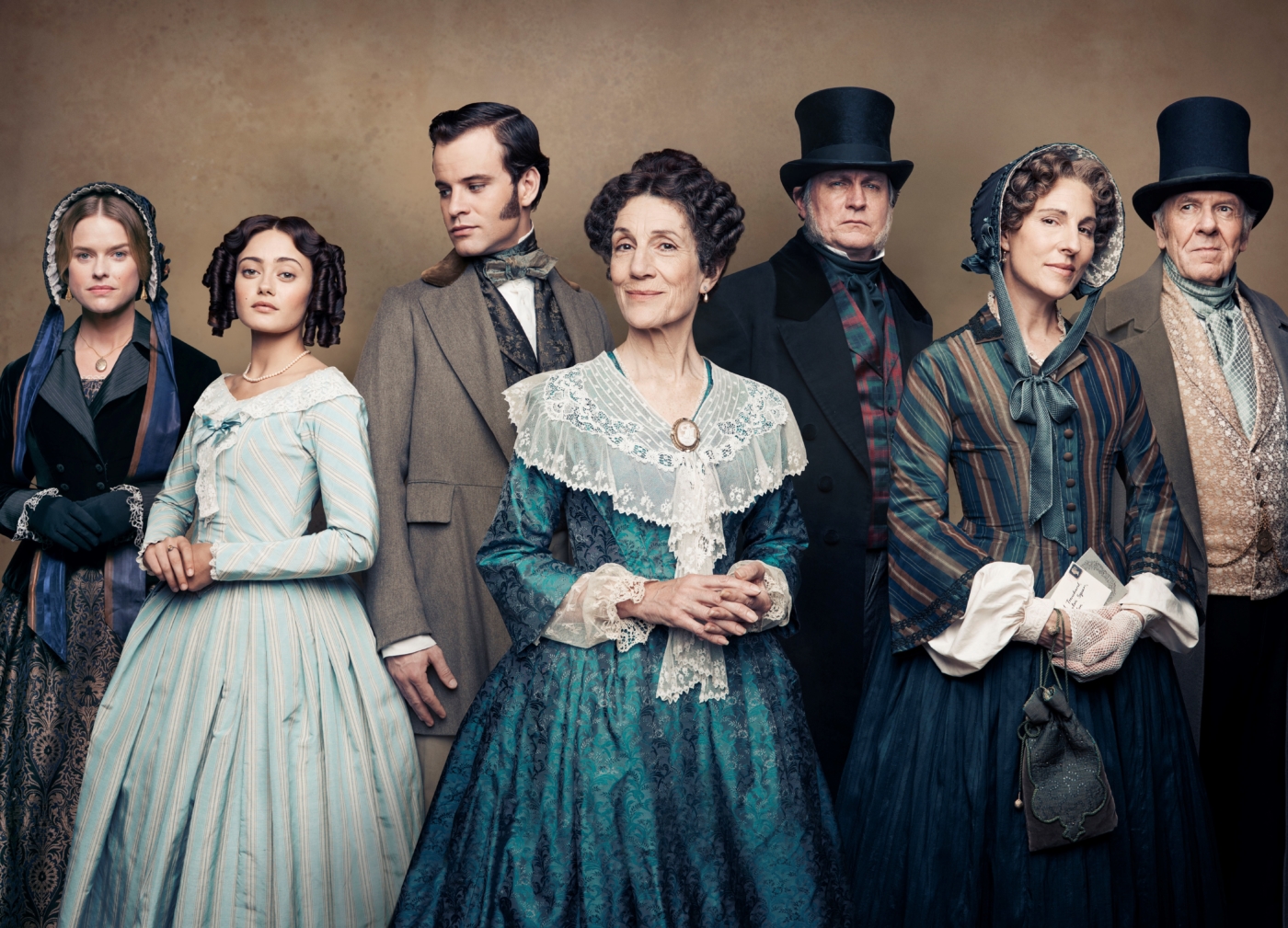 ITV’s latest Sunday night bodice-fest Belgravia certainly had a lot of promise – written by old hand Julian Fellowes and directed by John Alexander, it seemed to be a reliable follow-on from the never-ending stream of period dramas ITV has aired over the last decade or so. It’s got the same opening credits as Sanditon and the theme couldn’t be more Downton if it tried (is it actually the same piece of music?), and yet Belgravia is still somehow completely devoid of the charm of either.

The series begins in Brussels on the eve of the Battle of Waterloo, a time of great social and political upheaval (not that you can tell). Social climber and supplier to the Duke of Wellington James Trenchard (Philip Glenister) and his world-weary wife Anne (a strained Tamsin Greig) attend the Duchess of Richmond’s ball, after their daughter Sophia (Emily Reid) secures a family invitation through her romantic connection with the dashing young Lord Bellasis. What follows is possibly the most boring ball in history; the Trenchards look uncomfortable while being sneered at by poshos, Sophia and Bellasis swoon at each other, and some slightly gormless looking young soldiers prance about in tights. Thankfully, Napoleon’s advancing army is on hand to liven up this dull party, and the soldiers clearly prefer being cannon-fodder to enduring another minute of Fellowes’ dialogue (I can sympathise). Of course, Lord Bellasis dies in the ensuing battle, and we leave 1815 with a sobbing Sophia collapsing into her father’s arms. So far, so predictable.

I would love to feel some pang of emotion here, but Reid’s depiction of Sophia was so bland that I barely notice

The twist (if it can be called that) comes 26 years later, when Mrs Trenchard (who hasn’t aged a day) arrives at a new-fangled afternoon tea party, and happens to conveniently bump into Lady Brockenhurst, the still-mourning mother of the late Lord Bellasis. However, she is not the only person to have lost a child, as it is revealed that Sophia died just a few months after the battle (wink). I would love to feel some pang of emotion here, but Reid’s depiction of Sophia was so bland that I barely notice. Of course, it comes to pass that Lord Bellasis was no handsome Prince Charming, but instead quite the little scoundrel, who tricked Sophia into marrying him, knocked her up and then had the indecency to die on the battlefield. The resulting illegitimate child, I assume, is the ‘scandal’ of the series as his grandparents try to decide whether to keep it all hushed up or reveal the dirty little secret to all of high society in the hope it might cheer up the heirless Brockenhurts. So not exactly original then.

Other hints at future drama provide little enthusiasm – the Trenchards’ egoistical son Oliver (Richard Goulding) and his spoilt wife (Alice Eve) will likely continue to be headache-inducing, and Mrs Trenchard’s acclimatisation to her new social standing will probably lead to more scenes of snide comments behind lacy fans.

It all seems a little limp, and the heavy-handed writing doesn’t really help. The upstairs-downstairs dynamic that worked so well on Downton is faithlessly re-hashed as the family’s butler Turnton (Paul Ritter, who is usually good fun so there is some hope) relays everything that just happened in the previous scene to the household servants, with some handy social commentary sprinkled on top, just in case we had all forgotten what had just happened. Somehow in spite of all this exposition, we are still left none the wiser as to what is actually going on. In fact, the show’s main area of expertise seems to be ramming the information that we had just worked out down our throats, whilst covering very little else.

Despite the impressive cast, the acting is nothing spectacular, although this could equally be put down to some very lacklustre dialogue

While I usually love a good period drama, there is something about Belgravia that is completely lacking. Usually one of the best bits, both the set and costumes seem a little dull and lifeless, with no colour or interest. Perhaps this is all done on purpose, but it doesn’t aid an already unengaging programme. Despite the impressive cast, the acting is nothing spectacular, although this could equally be put down to some very lacklustre dialogue. Tamsin Grieg is usually a comedic scene-stealer, but much like her character, she is very much out of her depth. There are some fine moments however, and Sophia’s death in childbirth was genuinely distressing with real tenderness shown by Grieg.

I am willing to put this first episode’s many problems down to a shaky start and hope that the drama begins to find its feet (and hopefully some interesting characters) over the coming weeks. Otherwise I’m afraid that all Belgravia is good for is making sure you get a good night’s sleep on Sundays.