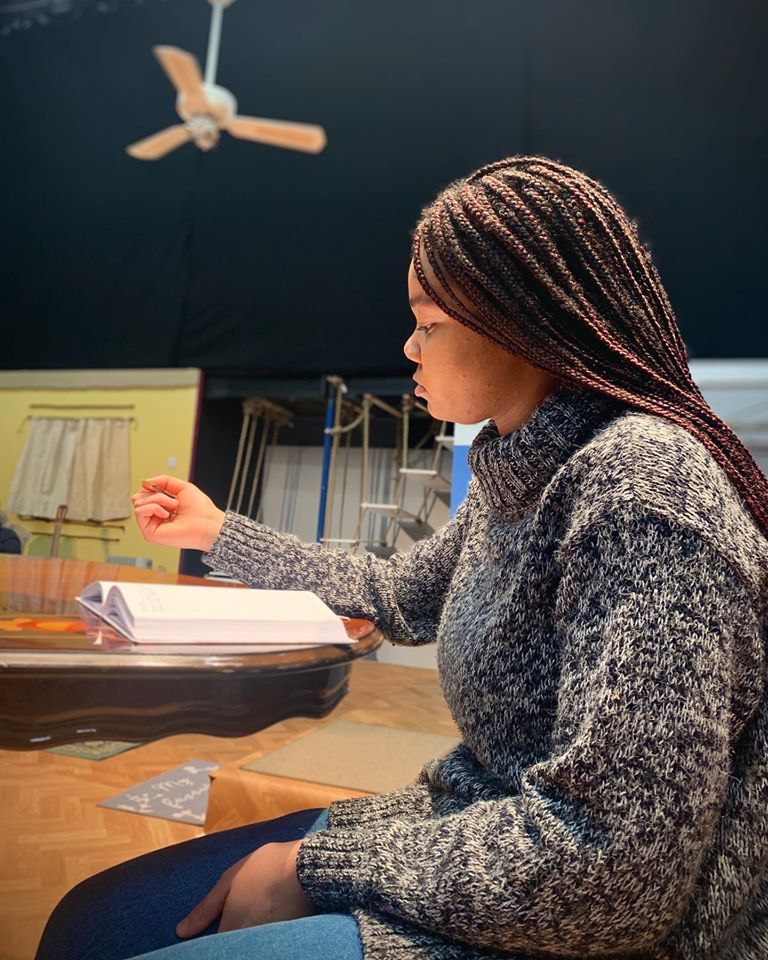 I never know what to expect when attending a show at the Warwick Arts Centre – something that The Boar enables me to do far more often than is responsible for a third-year student.

Tonight, whilst arriving to review the BAME Creatives production of Debbie Tucker Green’s: a profoundly affectionate, passionate devotion to someone (-noun) I was informed by a rather charming, young woman working front of house that I would have to leave the studio during the interval. This is the first time I have ever been politely shooed out of my seat as an audience member and I have to say, the experience left me intrigued. Which was good preparation for the night because profoundly affectionate is a very intriguing show.

An intergenerational, meta-physical lament as to the inability of men and women to understand one another

What initially appears to be your standard couple’s drama devolves (or, perhaps, transforms) into an inter-generational, meta-physical lament as to the inability of men and women to understand one another. Indeed, it is difficult to think of a more universal (and, therefore painful) subject matter for a night out at the theatre.

The play opens with a man and a woman-identified as A and B in the script-alone in their flat together. Credit should be given to the talented Set Designer Gi Vasey, as well as her Assistant: Hope Kagutha, for the creation of what truly was a marvellous and detailed set to behold. Everything from the shelves lined with children’s toys, to the newspapers, to the dishes stacked up in the kitchen showed signs of a long-lasting relationship-one that appears to be at breaking point.

The play opens in the middle of a tense, passive aggressive stand-off between the husband and wife and only escalates from there. We are made to endure the highs and lows and agonizing tribulations of many years of marriage-indeed, a hearty congratulations should be given to the Director Shaquira Lue and the Assistant Director Olamide Ajisafe for successfully tackling such a complex subject matter.

Both actors did a superb job. Bernice Leigh as the Wife, A, was deeply sympathetic and engaging. She expertly conveyed the deep-rooted insecurities of the character who, from the opening line, is fixated on how she is perceived by her husband, “I think…that this is still about me.” As well as the characters overwhelming love for her children. This was made most apparent during a powerful scene towards the end of the first Act, wherein-and I shall keep it vague to avoid giving anything away- she criticises her husband’s parenting “You know she needs talking to…She’s crying most nights.”

Yassin Kamara, by contrast, presented the audience with a decidedly nuanced character: deeply flawed, often contradictory and overused to aggression as a mask for his vulnerability. Kamara fully immersed himself in a character that, whilst it wasn’t always easy to like, one always felt like they at least understood where he was coming from-a credit to the actor!

Then, following a brief interval wherein I purchased a bottle of water, I returned to the studio to find myself looking at the same space-except with several key differences. Indeed, in an almost Waiting for Godot-esque fashion (is that a term?) I found myself re-examining the flat from before, only this time it was messier, the children’s toys were nowhere to be seen and several empty bottles of alcohol could be spied on the kitchen counter.

The same ideas of sexual frustration and an inability to communicate between partners, with even more visceral energy and humorous cruelty than before

We were in a different flat with a different set of characters, this time, referred to as Man and Young Woman and yet, the same ideas of sexual frustration and an inability to communicate between partners, with even more visceral energy and humorous cruelty than before.

Nahid Ahmed and Beatrice Ola drew great eruptions of laughter from the audience during their aggressive, fast paced insults towards one another: “You want a version of you, with a dick!” spat Ahmed at one point, to which Ola wickedly responds “Something with a dick would be nice.” Of course, without giving anything away, both of these characters also demonstrated excellent pathos, shifting from domineering, gendered conflict to more subdued and heart-breaking moments of intimacy.

It would be remiss of me not to mention Rahma Salia’s portrayal of the Young Woman. Salia danced with energy and ease between vulnerability, frustration and love in a manner that never once felt forced or hammy. I wish I could go into more detail than this but, unfortunately, that would ruin many of the unexpected twists and turns that punctuated this fascinating play. For now, I will have to conclude by congratulating BAME Creatives for a job well done. I look forward to their next production.

Tickets for the show can be found here.