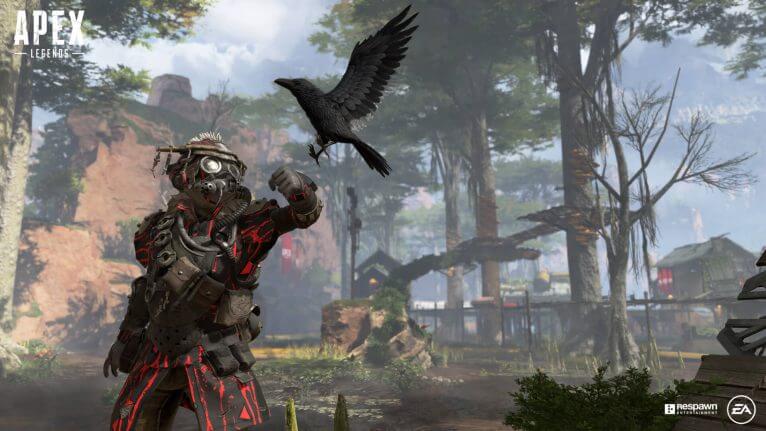 For a studio backed by the infamously mercenary EA, Respawn never fails to surprise me with the love and soul they put into their games. Apex Legends is no exception. Having reached a player count of 50 million within a month of release, the high-octane battle royale (BR) shows no sign of slowing down in the run-up to the game’s one year anniversary and at last count the active player base was estimated at a solid 70 million. It is easy to see why: Apex Legends brings a fresh take to the saturated BR market, offering lightning-fast action coupled with intuitive gunplay, backed by lovable characters and compelling lore.

Riding the wave created by the infectiously popular Fortnite, Apex took battle royale fans by surprise with an unannounced drop and quickly established itself as a worthy challenger. Hitting the sweet spot between the realism of shooters like PUBG and the goofy fun of Fortnite, the gunplay in Apex is engaging and addictive with an impressive current roster of 22 unique and viable weapons. While some are intentionally more effective than others, there is fun to be had with the neglected guns: the P2020 pistol, which I can only compare to a pea-shooter, can be equipped with an attachment that triples damage dealt to unshielded targets.

The diversity is similarly excellent, with cultures from around the globe and the LGBTQ+ community represented through across the 11 combatants

Indeed, fights in Apex are frequent and immersive, providing heart-pumping excitement through their speed and intensity. The looting and weapon customisation systems are delightfully intuitive, and after some practice, you will be able to skim through loot and efficiently upgrade your gear mid-combat to give you the edge. Lost health and shields can be replenished with plentiful healing items found across the map, and the speed at which this can be done means that aggression is the name of the game when engaging an enemy team.

All of this is made possible by the impeccable movement system – in a style borrowing heavily from Respawn’s own Titanfall series, the player is able to slide down inclines and parkour over walls and obstacles to gain the edge in a fight. While the double-jumping, wall-running action of Titanfall 2 is toned down for the sake of balance, nothing in the game feels cooler than sliding around a corner to waste an unsuspecting opponent before they can react, and in Apex Legends moments like this are an every-game occurrence.

The combat is supported too by two lovingly crafted maps, the wild Kings Canyon and the sprawling World’s Edge. Each fight is shaped by the environment it takes place in, from vicious close-quarter urban skirmishes to drawn-out, tactical sniper battles. The not-quite-cartoonish art style is endearing and the visuals are impressive, embellished by exquisite sound design that is as useful as it is immersive. Players are rewarded for attentive listening for enemy footsteps and other clues, as being taken by surprise in the Apex Legends most often spells death.

Apex’s greatest strength though lies in its roster of 11 playable ‘Legends’ (with more on the way), each sporting their own unique skills and advantages. The conventional breakdown of healer, support, recon, and assault is cast out, with the legends each possessing creatively designed tactical and ultimate abilities. These range from the relatively mundane, such as healing drones, airstrikes, and the creation of ziplines, to the beautifully insane, like speed-enhancing drugs, holographic decoys and rifts in space. As such, a large part of the fun is configuring your three-man squad for the best possible synergy. In Apex, teamwork makes the dream work. If (like me) you are lacking in friends to play with, Respawn has you covered with an ingenious non-verbal communication system that softens the pain of playing with randoms.

Like their abilities, the legends themselves are similarly creative with the roster boasting hardened ex-military, psychopathic scientists and amnesiac robots. Despite this the experience never feels absurd, owing chiefly to a rich and lovingly developed universe built upon existing Titanfall lore. What is more, the Legends each possess compelling personalities and backstories created by stellar writing and voice acting. Over the course of my playtime I have found myself embarrassingly attached to my four legends of choice, an experience you will no doubt share in. The diversity is similarly excellent, with cultures from around the globe and the LGBTQ+ community represented through across the 11 combatants. It is this world building and level of detail that takes the Apex Legends experience from good to great, and it is a model I hope other developers will follow in the future.