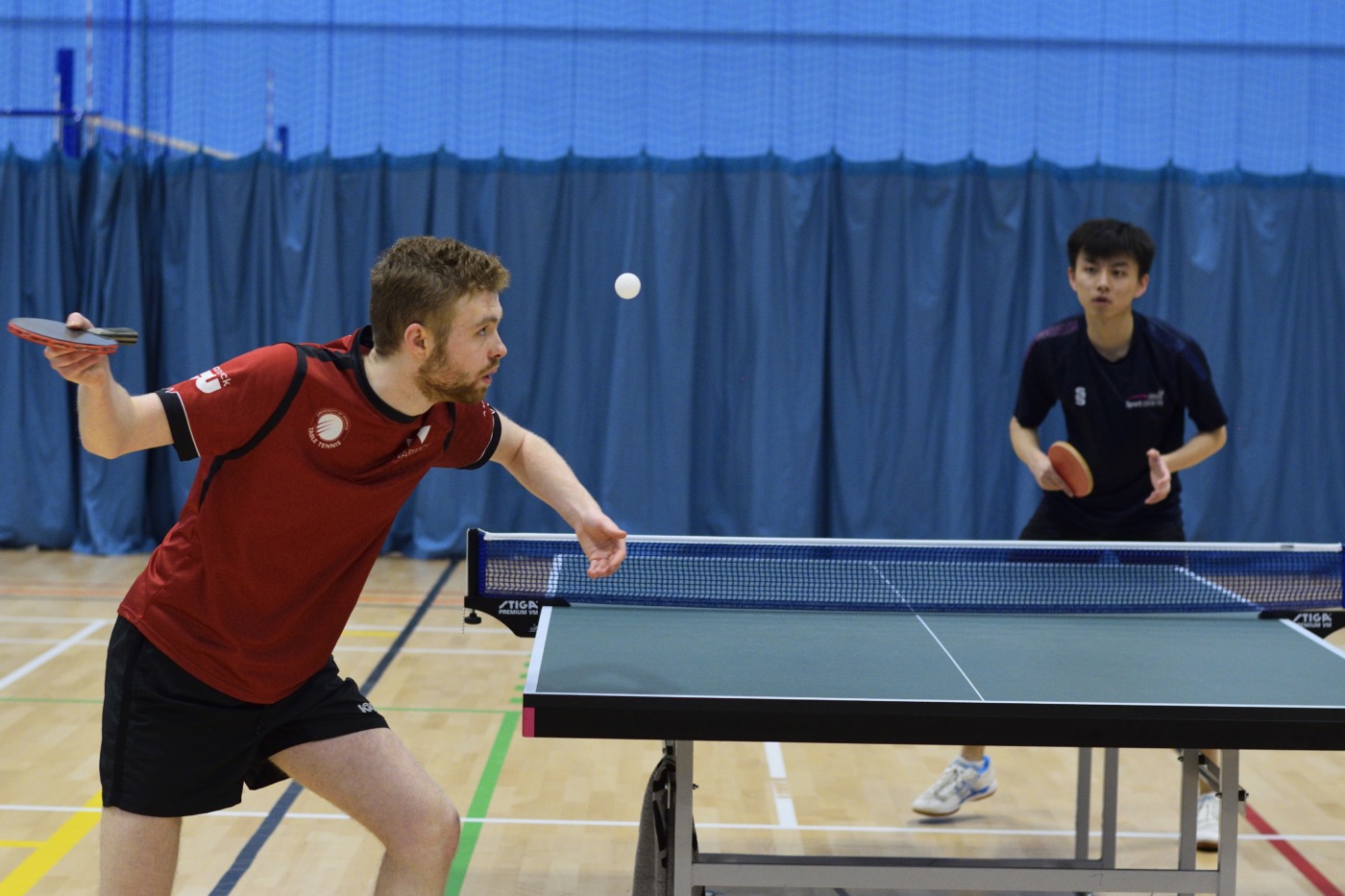 Warwick overcame Coventry, 13-4, with a comfortable win for the second year in a row. George Hazell and Mathieu Mace turned on the style winning all 4 of their singles matches. Sammy Kaye also had an accomplished performance, winning three of his, whilst Owen Hewett had some nail biters, eventually pulling through to win his last match 11-9 in the final set.

The match started off with two wins from George and Mathieu against Coventry’s 3rd and 4th players, George winning in straight sets whilst Mathieu lost his first 12-10 but quickly picked up his rhythm.

This was followed by Sammy Kaye getting straight into his free flow attacking play, defeating Vanja Lopinsky 3-0 and Owen Hewett, despite winning the first two sets was narrowly defeated by Coventry’s no. 1. Following this, three comfortable wins extended our lead to 6-1, including Sammy Kaye beating Coventry’s number 1 in a close and entertaining affair despite being in straight sets.

Warwick then won five of the subsequent seven matches which secured the match, including Mathieu and Sammy keeping their resolve and winning matches in five sets. Mathieu’s match in particular was interesting as his backhand dominated game was put to the test by Coventry’s number 1, but his superior control and placement came through.

The last two singles matches saw Sammy closely beaten in five and Owen got a much deserved five set win, having faced a variety of styles and already lost two matches narrowly in the final set. This was followed by a comfortable doubles win to top things off.