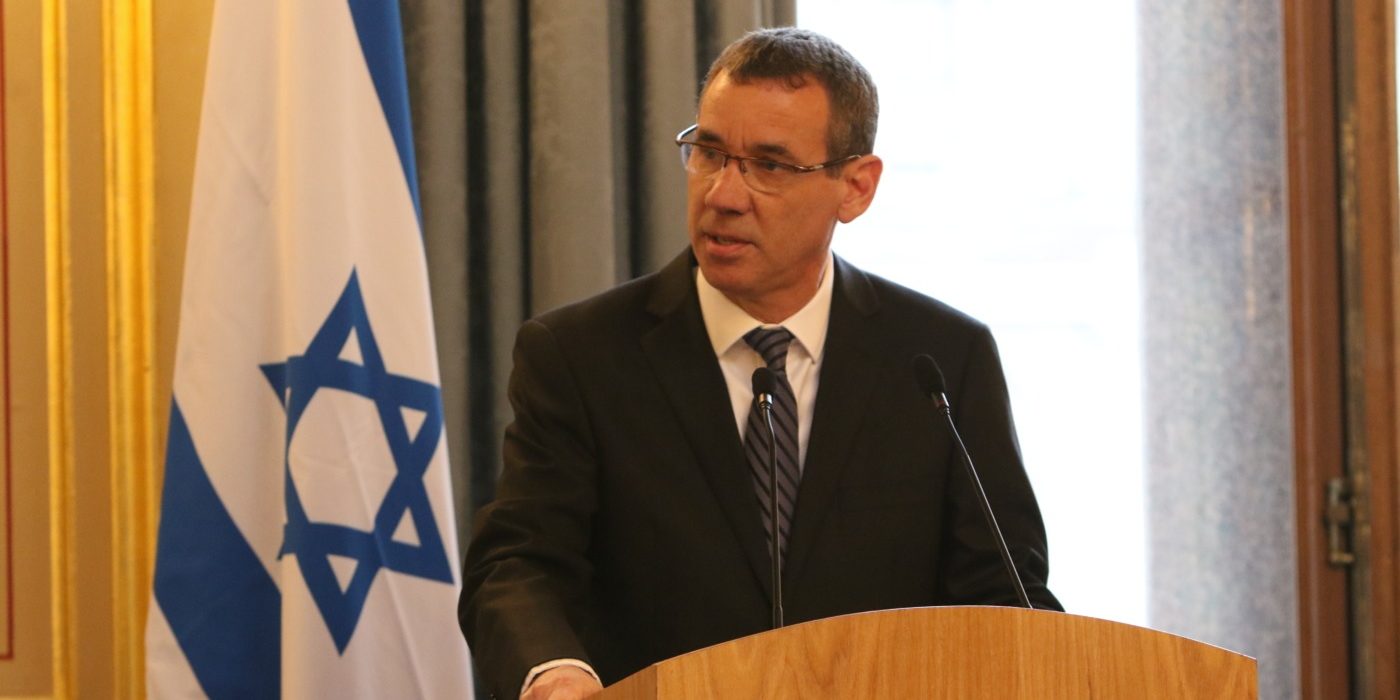 Following “the international situation in recent months” and national scrutiny towards the University of Warwick’s rejection of the International Holocaust Remembrance Alliance (IHRA)’s definition of anti-semitism, senior management have cancelled a visit from Israeli ambassador Mark Regev.

The speaker event, which was scheduled to take place on 4 February 2020, was cancelled a week beforehand by the University as it would have required an increased presence of armed security compared to Ambassador Regev’s visit in 2018.

This increased presence had been deemed necessary by multiple parties, including the Israeli Embassy and Metropolitan police.

Warwick Poltics Society were keen to host the ambassador at Warwick for the second time in recent years after co-hosting Ambassador Husam Zomlot, the head of the Palestinian Mission to the UK, on 13 January 2020.

The decision to cancel the event was received as a “shock” by Warwick Politics Society, having partaken in over three weeks of almost daily meetings on security requirements for the event, and having gained the approval of the Israeli Embassy, Metropolitan Police, West Midlands Police and campus security for the event to go ahead.

During a meeting between Vice-chancellor Stuart Croft and President of JISoc Angus Taylor, Professor Croft allegedly told Mr Taylor that he was “uncomfortable” with the idea of students witnessing the heavy presence of armed guards outside the Oculus, and as such the event was cancelled.

The University, however, has confirmed that they intend to proceed with the event at a time when security levels required may be closer to that of Ambassador Regev’s 2018 event.

They explained: “You will understand that the international situation in recent months means that the level of protection required for potential visitors such as the Israeli Ambassador is considerably heightened above the usual level.

“After considerable discussion it was decided that the University would not be able to accommodate the level of protection that was sought for this event. That was the sole factor in determining whether or not the event could progress at this time.

“However the University made it clear that it would be pleased to welcomed the Ambassador back at a time when the level of security required had dropped to something more like that applied when the Ambassador was here in 2018.

“We are working with His Excellency’s team at the Embassy to rearrange this event as soon as we can.”

The University “politely” declined to provide any further details on security arrangements in fear that it could potentially compromise the future event.

Warwick Politics Society told The Boar that they were “disappointed” to hear that the event had been cancelled, having had “weeks” of meetings with the Embassy, Metropolitan Police, West Midlands Police and the University’s campus security.

The society continued: “One meeting was like three and a half hours long, where we had go and look at every possible room and they would assess it to see if there were the correct security entrances, exits, and if it was secure enough to host (Ambassador Regev). There was about 25 people in the room.

“Every single thing online, like the Facebook event, the ticketing had to be ratified by the Embassy, we weren’t allowed to disclose his name, his position or ‘Israel’. On the night there would have been wanding, student ID checks, and we were given a 15-minute gap to get people in the room and once you were in the room you weren’t allowed to leave.

“There was even talk of pat-downs, but we weren’t happy with that for our students.”

According to sources, Vice-chancellor Stuart Croft had also expressed his “dissatisfaction” with the notice period provided by the societies when requesting the speaker event to take place.

However, the societies in question have confirmed that they provided double the three-week notice period required to host the speaker event, and that the vice-chancellor was notified in advance of the possibility of the event through a request to moderate the talk delivered by Ambassador Regev.

On the night there would have been wanding, student ID checks, and we were given a 15-minute gap to get people in the room and once you were in the room you weren’t allowed to leave

Though the vice-chancellor originally declined the offer to moderate, JISoc’s Mr Taylor informed The Boar that Professor Croft is keen to moderate the event in the future, and that the society will “hold him to account” on this matter.

My Taylor continued: “We are hugely privileged to have been given the opportunity to host the Israeli Ambassador. Although the manner in which the talk was postponed was disappointing, we take comfort in the University’s commitment to facilitating the event.

“We look forward to working with them to host the Ambassador at the very earliest opportunity.”

The University’s decision to cancel the event, received by Mr Taylor on 28 January, follows criticism of the vice-chancellor in Parliament on 23 January after refusing to adopt the IHRA’s definition of anti-semitism.

The refusal to adopt the IHRA’s definition was communicated to Mr Taylor in a letter from the vice-chancellor, who wrote that the definition did not have “any added value”.

Responding to Professor Croft, Mr Taylor told The Boar: “Antisemitism is a unique form of racial prejudice, it manifests in a highly distinct way and has been the cause of thousands of years of discrimination against Jews.

“The ‘value’ of the IHRA definition is that it acknowledges this distinctiveness and provides a number of contemporary examples that elucidate this.”

Prior to criticism in parliament, approximately 80 members of Warwick staff urged the vice-chancellor to “continue to refuse to adopt” the IHRA’s definition as they believe that “its construction and logic it is quite simply not fit for this purpose”.