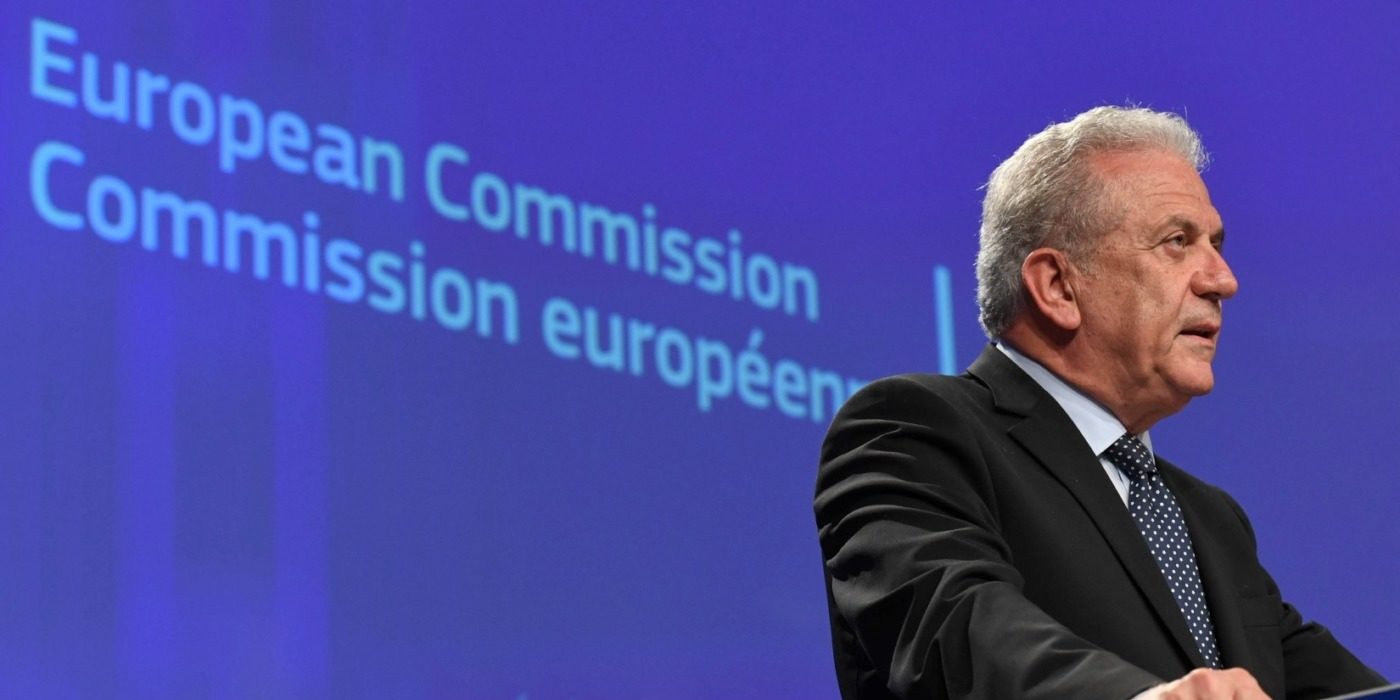 A Warwick student who protested against European Commissioner Dimimitris Avramopoulos giving a talk last Tuesday was subsequently removed from the venue.

Warwick European Society (EuroSoc) invited the EU Commissioner for Migration, Home Affairs, and Citizenship to speak on campus on 5 February.

One student objected to this event, since “20,363 migrants have been killed in and by the EU, as a consequence of the policies, procedures, and third-party agreements he implemented”.

EuroSoc’s event page writes that they were “thrilled” and “privileged” to host the commissioner. The student said that the page uses “dehumanising language” by making reference to “incoming waves of migration”, adding that various details regarding Mr Avramopolous was “omitted from the introduction provided by EuroSoc” during the talk.

“Mr Avramopolous is a member of the current ruling party in Greece, New Democracy, notorious for their racist, homophobic, anti-immigration, and anti-semitic views,” the student wrote. The posters that were put up in protest. Provided by the anonymous Warwick student.

“(He) has politically and institutionally created an environment whereby people must embark on ever more dangerous routes to Europe, which they often do not survive”.

“I tried to raise these concerns at the event, but the organisers did not allow me to speak, and I was removed from the room,” the student told The Boar.

“I had also put up posters in the Oculus building, which were removed by members of the European Society – despite simply stating the facts.”

EuroSoc confirmed that the disruption took place, and that “the exec met him outside of the lecture room in Oculus where the event was to take place” and invited him to attend the talk.

“However, the student interrupted the event during the exec introduction of the Commissioner and would not respond to team members who were trying to convince him to wait to speak until Mr Avramopoulos finishes, as all other members of audience were doing,” EuroSoc said.

“Unable to continue with and control” the situation, they contacted Campus Security, who “are qualified to decide on the best line of action with different kinds of incidents, which (EuroSoc) as students are not”.

“We did not and do not have any incentive to suppress anyone’s point of view, we were only hoping to continue with our event in an organized manner for all the other members of audience who wanted to engage in discussion with the Commissioner and each other,” the society added.

Mr Avramopolous is a member of the current ruling party in Greece, New Democracy, notorious for their racist, homophobic, anti-immigration, and anti-semitic views

The student who opposed the talk accused EuroSoc of “directly contributing to the rise of fascism we are witnessing in Europe today” for inviting Mr Avramopoulos to speak.

He cited that the commissioner “publicly encouraged the detention and deportation of migrants by EU States, including for unaccompanied children, those with mental and physical disabilities, queer and trans migrants, single persons, and families”.

“In spite of all this, he has recently said of his time in office that ‘we delivered’ and that ‘the migrant crisis is over’,” the student said. “Adding, in the style of Donald Trump, that ‘amid fake news it is hard to know what is actually going on when it comes to migration in Europe’.

He stated that the society “should be ashamed to give this man a platform to justify his (…) political career at this university”.

Speaking to The Boar, EuroSoc reiterated their apolitical stance. They responded: “When it comes to our invitation to Mr Avramopoulos, we are not affiliated with him (or any of our guest speakers, for that matter), as we are a politically unaffiliated society.

“We host many speakers who can facilitate conversation about European affairs either because of their position or because of their expertise. The purpose of all our speaker events is to give students opportunities to engage in direct, critical and honest dialogue and debate.

“Mr Avramopoulos is the former EU Commissioner for Migration, Home Affairs and Citizenship and therefore his talk gives students an excellent opportunity to discuss what is known as the refugee or migrant crisis, a humanitarian and political challenge that has affected Europe in recent years.

“We are quite surprised and saddened to hear that in doing this we have been interpreted as fostering the rise of fascism. On the contrary, we welcome different opinions at our events, as we communicated to the student who was offended by our event.

“Furthermore, we abide by SU policies that require all events with external speakers to be in line with freedom of expression as well as protection from harm to the community and incitement to hatred.”

Mr Avramopoulos is the former EU Commissioner for Migration, Home Affairs and Citizenship and therefore his talk gives students an excellent opportunity to discuss what is known as the refugee or migrant crisis

The student added that Warwick Student Action for Refugees (STAR) was originally co-hosting the event, which was “quite shocking for a group who claims to take action on behalf of refugees, but seem more interested in creating a charity relationship with displaced people”.

Upon enquiry, Warwick STAR clarified that they “had no part in organising, endorsing, promoting or coordinating the Eurosoc event”. They also hosted a concurrent event with Matthew Saltmarsh, the United Nations High Commissioner for Refugees (UNHCR)’s senior communications officer.

“Student Action for Refugees has been operational for 25 years now and over that time we have formed an international network of tens of thousands of students, all of whom have nothing but the best interests of Refugees and asylum seekers at the core of their work for the charity and beyond.”

“We also campaign to change the harsh policies affecting asylum seekers and refugees such as calling for asylum seekers to have the right to work. In 2016 we launched our safe routes save lives campaign which called on the UK to ensure routes to safety for refugees and save lives by allowing refugees to safely and legally join family members in the UK; providing sanctuary to our fair share of refugees arriving in Europe; significantly increasing the number of resettlement places available to refugees; (and) helping ensure there are adequate search and rescue operations in the Mediterranean.”