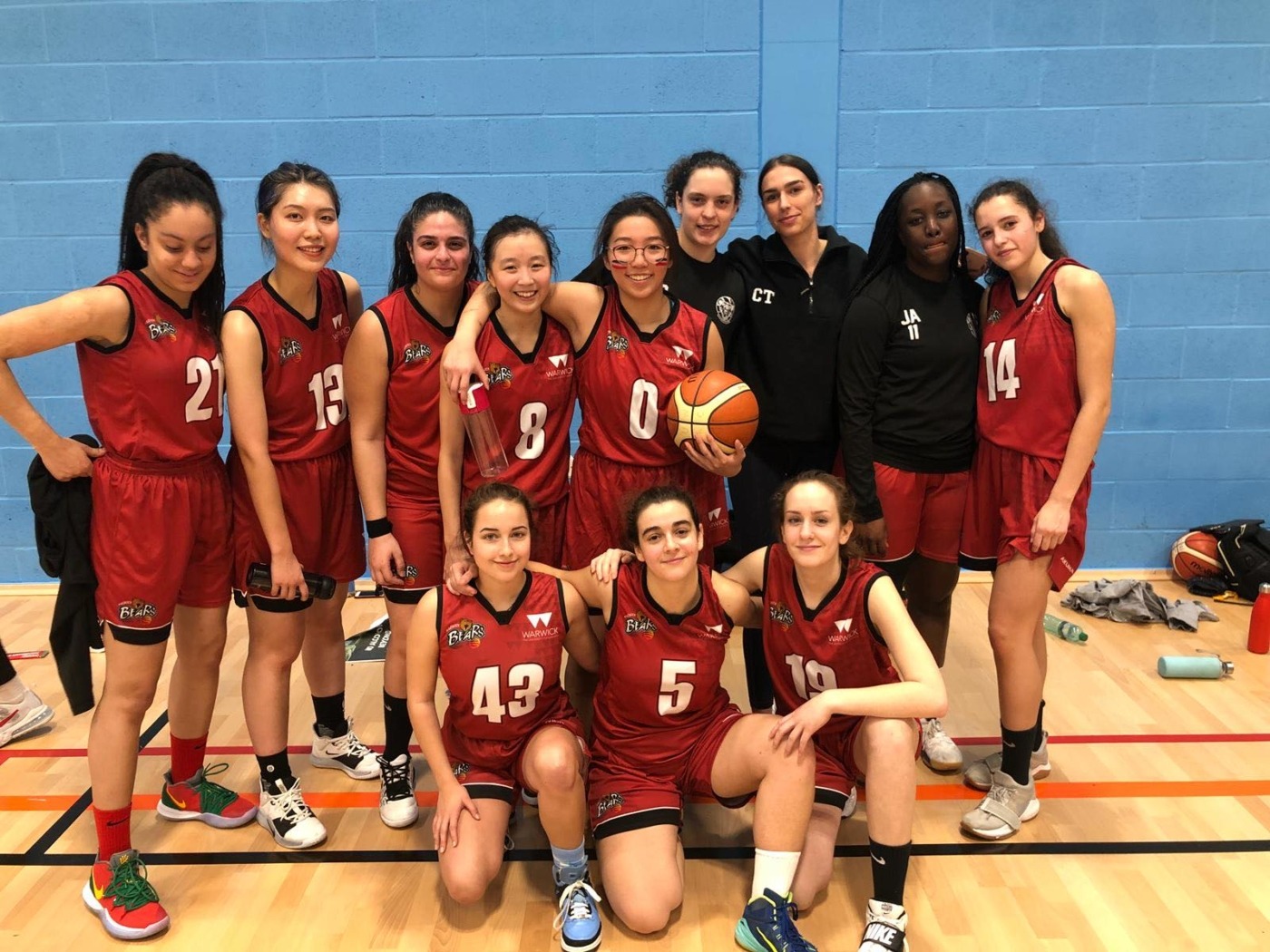 In what can only be called a game of point guards and fouls, the Warwick Bears Women’s team have never had such a closely contested match this season. The first quarter started off with pace as Warwick rushed to lead within the first few minutes, but ended with Coventry four points ahead. Hastily, Warwick then came back in the 2nd quarter ending on 37 with Coventry only 2 points behind. The third quarter brought a loss for Warwick with Coventry ending it back on top.

Thankfully, they equalised in the last minutes of the fourth quarter and proceeded into extra time, bringing with it the most intense 10 minutes. The crowds were amassed in the spectators area, other Varsity teams were huddled around the dividers to catch a glimpse of the game, and the home courtside was packed with loud supporters giving the girls endless support.

The team was carried by their MVP of the game and captain, number 14, Leonor Ferreira

Unfortunately, our girls could not hold out, with four of our starting five fouled out by extra time. The team was carried by their MVP of the game and captain, number 14, Leonor Ferreira who put up 63 points for the Bears. That being said our shooting guards, especially Nour Freihat and Megan Ho were crucial for putting up a fair share of points themselves.

Despite our valiant team effort and endless spirit Coventry’s point guard number 3, Caterina Seixas’ three consecutive three point shots were too much for Warwick to make up for in the last minutes of the game. The game ended on 84 for the Bears and 93 for Coventry. It was a loss felt hard but by no means can anyone argue it was a poor game, being one of the most nail biting Varsity games which showcased our girls’ determination that ran true until the end.