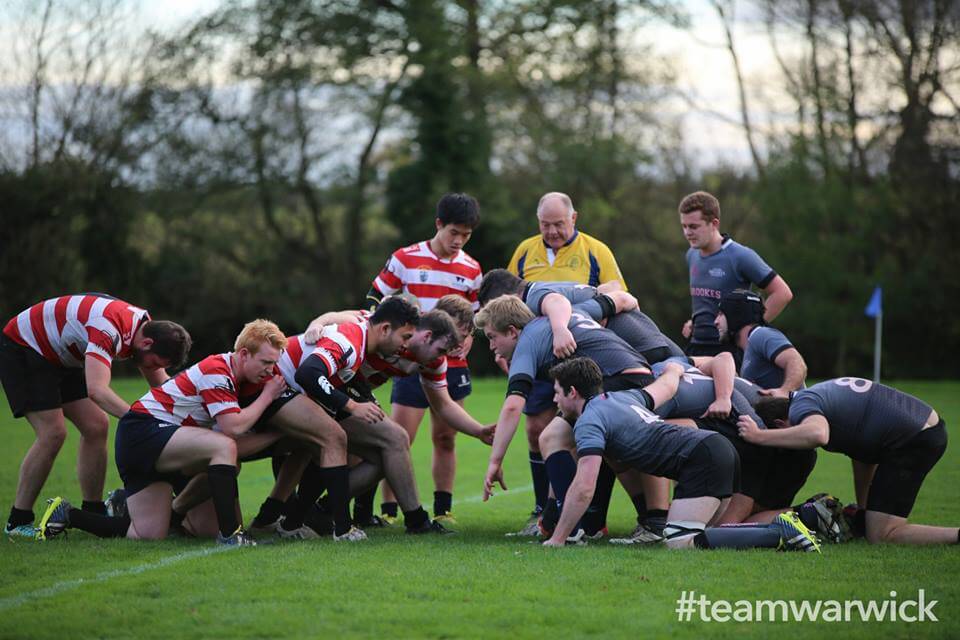 Large crowds turned out for arguably, the most highly anticipated game of Varsity 2020: men’s rugby at Butts Park Arena. It was a finale to behold for the travelling Warwick fans, who watched on as the Varsity 2020 champions ran out 22-5 winners on Sunday afternoon.

Both teams looked to make an impact on the game as early as possible, but it was Warwick who were able to pull out a try early on, scored by #14, who darted into space to create a dangerous overlap on the wing. Warwick were able to move the ball away from breakdowns with quick offloads out of tackles to maintain the pace of their game. Warwick controlled the pace of the game and were able to score a second try, not long after the first in a similar fashion, this time on the opposite wing.

Warwick held a strong defensive line for the entire game, even when tested to their limits by Coventry right against their own try line. Only a handling error allowed Coventry to get on the board, as a bouncing ball fell to a Coventry forward, who used his pace to power beyond the Warwick defence for a simple try.

It was a confident performance from Team Warwick

Warwick responded well, scoring two more impressive tries; both from mauls. The first from a player peeling off and scoring, the second from Warwick forcing their way over the line.

The second half was largely uneventful. No points were scored after Warwick missed the posts from a penalty kick and they failed to capitalise when a Coventry player was yellow carded for tackling a player in the air.

The most notable performance came from Warwick’s men’s rugby captain, keeping the team focussed and making powerful runs. It was, however, a confident performance from Team Warwick, who were rarely tested in what was a comfortable 22-5 final day victory. 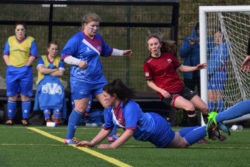