Anumber of UK universities have begun the process of returning stolen relics and other items taken by the British Empire.

This comes as a result of pressure from student societies aiming to make reparations for what they consider to be historical injustices. Indigenous communities are also said to have applied pressure.

The University of Oxford recently announced that they would be returning a number of artefacts that were kept in the Oxford’s Pitt Rivers Museum to the indigenous Maasai community, native to Kenya and Tanzania.

Representatives of the Maasai community were in Oxford in mid-February to discuss the return of these objects.

In late 2019, The University of Manchester returned a large number of objects, ranging from musical instruments and traditional body ornaments, to aboriginal Australians. Members of the Gangalidda Garawa group flew to Manchester to take part in a ceremony of reparations.

Director of the Manchester Museum, Esme Ward, said she hoped that other institutions would now follow their lead.

The University of Edinburgh has returned a set of nine 200-year-old human skulls to the Vedda community of Sri Lanka in a ceremony which took place last November, and is in the process of returning Maori Skeletons to New Zealand.

Nick Merriman (who was the director of the museum) said that there was no evidence that the skeletons, during the time they were at the museum, had ever been used for research.

There are still a large number of indigenous and aboriginal artefacts being kept in various museums and institutions around the UK, with the British Museum said to have the largest number of these artefacts, ranging from the stolen to the then legally obtained.

There are statutes in place in British law that ensure museums are entitled to maintain stolen relics, such as the British Museum Act 1963, though these have recently faced scrutiny.

Recently, the EU has included a clause in its post-Brexit trade deal with Britain demanding that the Elgin Marbles, acquired by the British in the early years of the 19th century, it to returned to Athens as part of the deal. 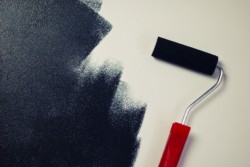 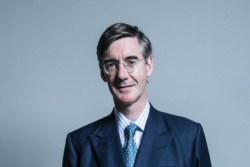