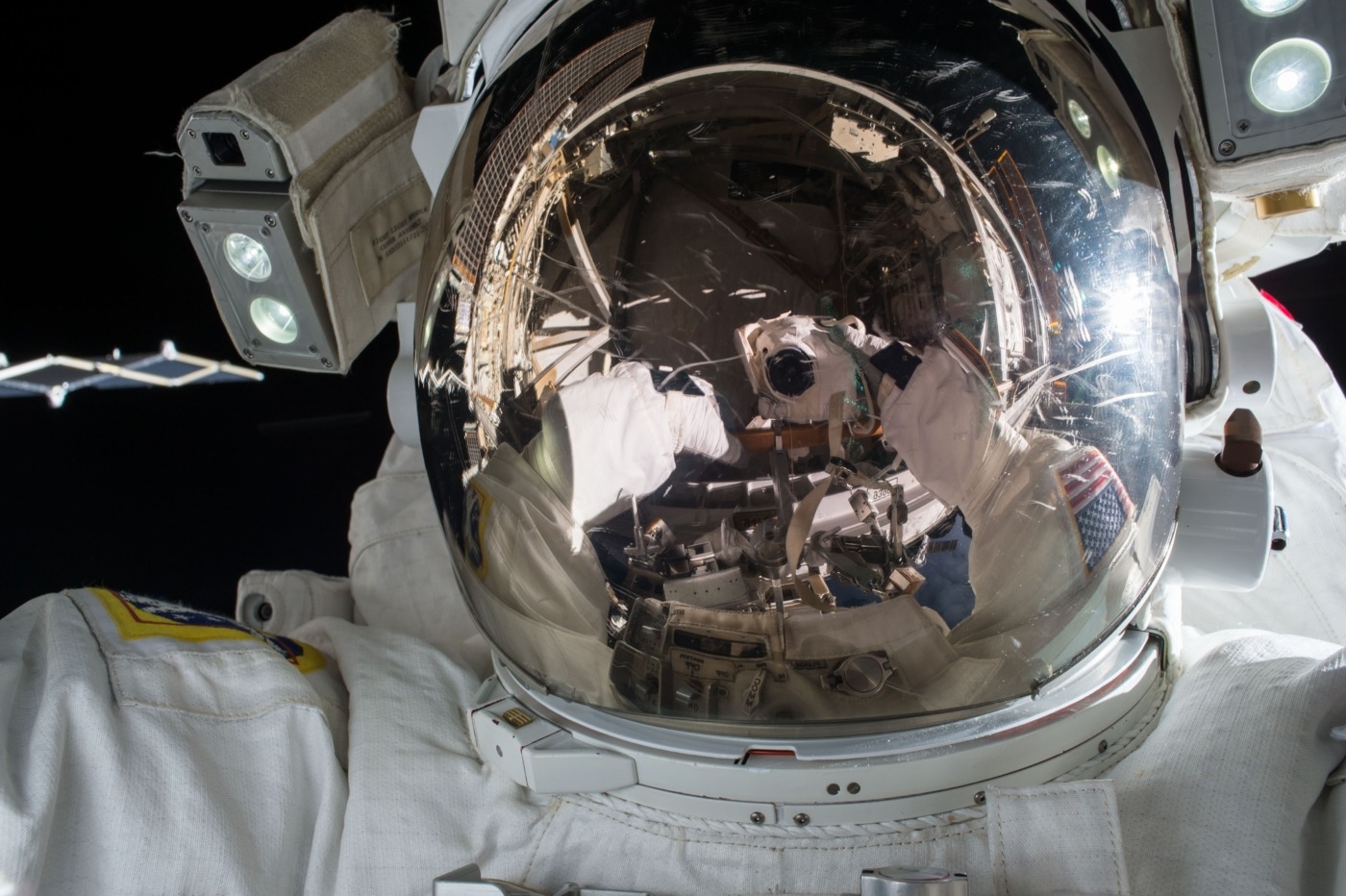 On Friday 18th October, over 408km over our heads, two astronauts disembarked the International Space Station (ISS). Flight controllers had noticed that a critical battery controller had failed, knocking one newly installed lithium-ion battery off line. Instead of pressing ahead with battery installation work, NASA managers opted to replace the battery controller first. However, the two astronauts, faced with the abyss of space and the view of Earth that few people have truly experienced before, made history.

Those two NASA astronauts were Christina Koch and Jessica Meir. The pair became the first astronauts to participate in an all-female spacewalk.

Flight controllers had noticed that a critical battery controller had failed, knocking one newly installed lithium-ion battery off line

To say that the spacewalk was a long time coming would be to put it lightly. Despite the first woman in space – Soviet cosmonaut Valentina Tereshkova – going into orbit in 1963, of the 564 people that have been into space, only 65 of them were women. It took Nasa 20 years before Sally Ride became the third woman, and first American woman to go into space in 1983. History’s first spacewalk was carried out by Soviet cosmonaut Alexei Leonov in 1965. Another Russian, Svetlana Savitskaya, became the first woman to walk in space in 1984. The first American woman, NASA astronaut Kathryn Sullivan, followed suit later that same year.

However, for the first time, NASA has conducted an all-female spacewalk. Beyond the historic action itself, the spacewalk has represented something far greater than a public display. In what was once a male dominated industry, the walk in space has ushered in a new era for aerospace and equality. Where both men and women can have an equal footing in pushing the frontiers of where humans can go beyond the Earth. The symbolic act of two women free-floating above Earth is an image that is truly inspiring for those living on it.

Despite the first woman in space – Soviet cosmonaut Valentina Tereshkova – going into orbit in 1963, of the 564 people that have been into space, only 65 of them were women

But why did it take so long? Meir cited a combination of factors, from the original all-male astronaut corps, spacesuits that were designed in the 1970s to fit a limited range of body sizes and the pace of broad cultural changes.

In this way, not only should the astronauts be praised for pushing forward this advancement, but also those who often do not receive the credit they deserve. The field is thriving with both male and female pioneers, who are ensuring the future beyond Earth is a bright one. Gioia Massa is experimenting different methods of growing food, so that plants can be grown in space. As humans go further in space, the more important it becomes that they can grow food rather than take everything with them.

But why did it take so long?

Looking forward, the plans for spaceflight are only getting more exciting. NASA plans on sending humans back to the Moon by 2024, with the intention of using that trip as a spring-board for the eventual touchdown on Mars.

NASA Administrator Jim Bridenstine says NASA will send “the first woman and the next man” to the surface of the moon in the 2024 time frame under the agency’s new Artemis program. He unveiled the next-generation of space suits for the agency’s programme to the Moon and beyond. The xEMU prototype looks similar to the ones used to the ISS. It has been improved for comfort, fit and mobility on the Moon. But, strikingly, it is also unisex, offering the truly inspirational – and long overdue – prospect of both men and women setting foot on the Moon in 2024.

NASA plans on sending humans back to the Moon by 2024, with the intention of using that trip as a spring-board for the eventual touchdown on Mars

What is clear is that as historic a moment this is, spaceflight reaches out beyond gender. One of the astronauts in the historic walk, Jessica Meir said, “I think first of all, we’re all held to the same standard at NASA. From the very beginning of our training, we were all treated the same way. So when I went out the door for the first time, I was thinking about doing my first spacewalk, I wasn’t thinking was I going out the door with a man or with a woman, that really didn’t matter to me”.

Whilst the moment is truly a historic one, spaceflight should be about pushing boundaries, not about the hands that push it forward. The claims that the first person on Mars ‘should’ be a woman misses the very point of travelling across new spatial frontiers. It is a rare instance where we explore as a collective human race, regardless of gender, nationality and political orientation. When Neil Armstrong first set foot on the Moon, the entire world watched on with hope. The first person on Mars, on any mission of spaceflight, should be whoever is best to honour such a title, a representative of human kind.

What is clear is that as historic a moment this is, spaceflight reaches out beyond gender

In many ways, this is what makes this spacewalk such a pivotal moment in NASA’s history. The prospect of future spaceflight can only be described as entirely daunting, but also immensely exciting. That this will be done on an equal footing, one where the finest astronauts are pushing frontiers and the finest technicians are ensuring their safe return, only adds to this excitement.