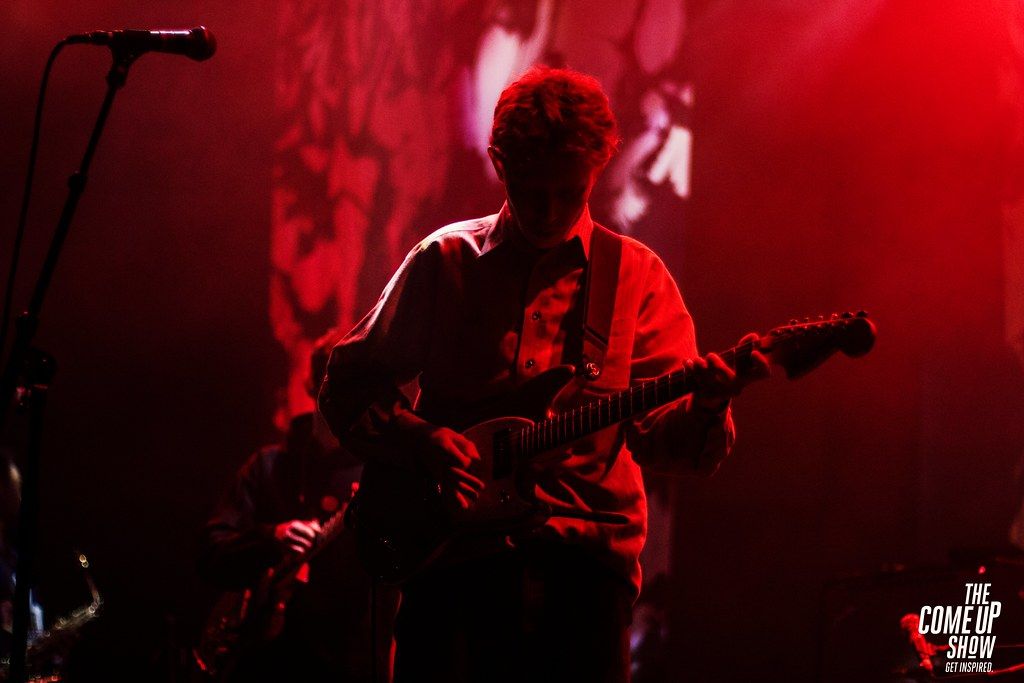 Man Alive! sees Archy Marshall, under his King Krule moniker, drop the angry and abrasive sound that littered his second album The OOZ, a change possibly brought on by his sudden plunge into fatherhood. Nevertheless, on Man Alive!, King Krule is still as tormented as ever and has created a soundtrack perfect for dark and broody nights that is sure to please his loyal fanbase.

Opener ‘Cellular’ underlines King Krule’s avant-garde style and perfectly sets the tone for the rest of the album. The track is introduced with a haunting post-punk riff, before being thrown into a rapid drumbeat layered with electronic sounds, finally closing with a stunning saxophone solo. It serves to let the listener know that King Krule has far from lost his experimental edge, rather he has expanded on it.

As with previous King Krule records, Man Alive!’s foundations lay on striking social commentary threaded throughout the album as King Krule describes life in the heart of South London. ‘Stoned Again’ describes a young Archy Marshall, an outcast, getting stoned over and over again in order to escape his life. “Weed smoke made me feel so yucky” he cries as he laments his unhealthy relationship with drugs. Subsequent track ‘Comet Face’ tells the story of Marshall navigating Peckham Rye at half five, as he encounters “cold quays” and “some worst of men” with harsh noises and textures engulfing the background. These are far from fond childhood memories, rather ones of pain and anguish.

King Krule is still as tormented as ever

After the brief interlude of ‘The Dream’, ‘Perfecto Miserable’ see’s the album take a dramatic turn in lyrical content. Whilst King Krule is well known for his negative themes and feelings, ‘Perfecto Miserable’ offers his listeners the first glimmer of hope and is the standout track on the album. It is a song written to his partner in the form of an answerphone message, who he describes as his “everything” throughout the song. However, this is more than just an ordinary love song, it is a stark admission of his struggle with depression and how his partner is “the only thing who makes life worth”. Musically, it is a nod to his debut album 6 Feet Beneath the Moon with the lo-fi guitar riffs, which are reminiscent of early fan favourite ‘Baby Blue’, helping create a cold and empty atmosphere, perfect for the “lonely nights” Marshall references himself.

This slight feeling of optimism further creeps in on ‘Alone, Omen 3’, “Sometimes you’re stretched don’t forget you’re not alone” is King Krule’s repeated message to those struggling with their mental health. The album offers the feeling that no matter how bad things get, there is always an opportunity for them to get better.

After a series of slow and dreamy songs, ‘Airport Antenatal Airplane’ offers up the fast-paced beats teased to us on ‘Cellular’, as King Krule describes a lonely flight from New York to London, whilst the chilled out ‘(Don’t Let the Dragon) Draag On’ is a homage to the jazz-infused post-punk sound he so masterfully created on The OOZ. The closing track ‘Please Complete Thee’ is this final bastion of hope, starting off with Marshall singing to an empty backdrop, consisting solely of deep and powerful bass, before erupting into a  sliding guitar solo, offering a light and summery sound not yet experienced on a King Krule record.

The album offers the feeling that no matter how bad things get, there is always an opportunity for them to get better

Initially a slow burner, the album is dark and heavy throughout, but at no point does it feel like a slog to get through and despite being 14 songs long, the relatively short running time of 42 minutes means that it never overstays its welcome. Upon each return to the record, you find yourself further understanding the complicated mind of King Krule, discovering new musical textures that help blend the album together. This does not mean the album is accessible to all, King Krule knows his fanbase well and this record is crafted to their tastes, however, this also offers the promise that as he continues to develop his own sound, King Krule will not give in to the temptations of chart-topping popular music, rather retain the style that spoke to so many in the first place. 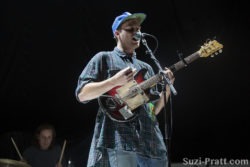 Mac Demarco is exhausted on Here Comes the Cowboy 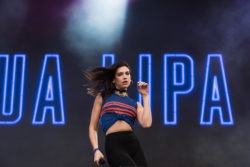