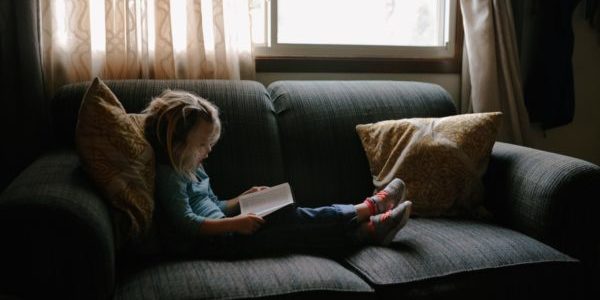 It’s fair to say that a lot of young people grew up having read at least one of Jacqueline Wilson’s stories. I went through a short Jacqueline Wilson phase where I ate up her writing. I’d get through a book in a couple of days. However, I quickly grew out of her. I wasn’t challenged by her writing and I found her story’s formulaic, repetitive and simple. Despite my beliefs, with the title of Children’s Laureate under her belt it’s clear her work is well-loved. And yet, there are many people – especially parents – who find her themes to be problematic. Her stories focus on hardships such as divorce, living in care and bullying, but the question of if Jacqueline Wilson stories are really problematic remains a contentious issue.

The most obvious book that springs to mind when analysing the more problematic writing of Wilson is Love Letters. The story follows Prue as she attends a ‘real school’ after being home-schooled by her controlling father, who has suffered a stroke and can no longer educate his daughters. Her sister Grace easily settles in, but Prue finds fitting in difficult.

Her only safe haven is art class with the kind and handsome teacher Mr Raxberry (Rax). This leads to Prue developing a crush on her teacher, something that Wilson says most teenage girls can relate to. It’s worth noting that Prue is 14 and it’s not unrealistic that she might fancy her teacher, however where Wilson’s story differs to most teenage crushes is when Prue acts on her feelings.

Prue confesses her love and asks Rax if it’s reciprocated. He admits he fantasises about her (which alone is vile and unnerving) and the two kiss. The story ends when the school finds out, and – here’s the issue – Prue is asked to leave in order to protect Rax. In an Independent article, Wilson responds to critics, stating “this is what many girls fantasise about”. However, romanticising this case of grooming is a damaging move.

The main issue I have with Love Lessons is how Rax got away consequence-free. He remains in his secure job and marriage and most notably, he remains off a child sex offenders register. Regardless of relatability, she creates a story that normalises the pursuit of an affair with a teacher, something that is not only illegal but highly disturbing.

However, most other stories by Wilson focus on normalising struggles children go through. The Story of Tracy Beaker depicts the life of a child in care, making it easier for children to understand. The Suitcase Kid encapsulates what a child of divorce feels like. Her books are there to teach children about the difficulties and hardships faced by children everywhere, as there’s often a moral to the story but not always a happy ending.

Despite the problematic nature of Wilson’s writing, she is a pinnacle of British children’s literature and a staple of many childhoods

Wilson wants to root her stories in reality, not create a fantasy world. Tracy is never reunited with her mum; Tanya leaves Mandy; Andy (The Suitcase Kid) isolates herself. Her books are hard-hitting and often dark. Many parents feel concerned by the thought of their children reading Wilson as she can be upsetting or inappropriate. When I read Bad Girls during my research, I was shocked that 10-year-old Mandy wanted ‘sexy clothes’, a detail that felt highly inappropriate. Since her children fit Wilson’s demographic, I asked my Aunt what her thoughts were: “Reading should be about escapism from the everyday… my kids don’t want to read about divorce.”

Despite the problematic nature of Wilson’s writing, she is a pinnacle of British children’s literature and a staple of many childhoods. Her stories will always divide opinion, but it’s unlikely children will stop reading her work anytime soon. While some books may go too far, generally it’s best to take the stories with a pinch of salt and look out for the morals within.