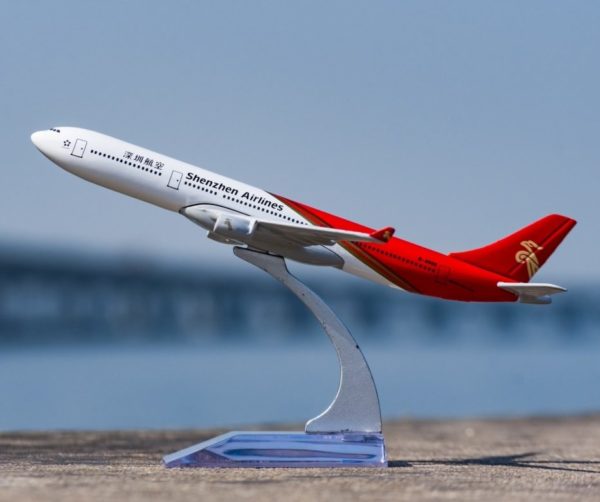 How do we continue flying without harming the planet?

Many of us will have heard the oft-used sentence opener, ‘On my gap year…’, followed by a lengthy exposition regarding how it changed their life. Indeed, for most people who have taken a gap year or even spent time immersed in another country doing so was transformative. Exploring the world can have huge benefits; from learning a new language to gaining insight into history from new perspectives. Aeroplane travel has revolutionised our ability to do so.

Flying is the cheapest way to travel long distances, a quick method of getting around your home country (especially if you’re based somewhere like Australia or the USA) and allows for long-haul trips to places like Uruguay or even New Zealand. Air travel is also increasingly popular as a mode of transportation. Airlines are predicted to carry out over forty million flights in 2020 alone! Here’s the problem, though. Flying is quite harmful to the environment.

In 2018 commercial and freight aviation accounted for 2.4% of global carbon emissions. Now, that may not seem like a lot but according to the Environment and Energy Study Institute if air travel’s emissions were placed on the list of global carbon emissions per country it would rank 6th, between Japan and Germany. Along with CO2 aeroplanes release other compounds such as numerous oxides of nitrogen, which have a net warming effect when they interact with the upper atmosphere. The environmental impact of different flight lengths and plane types is variable, but overall the picture isn’t great.

So what’s the answer? How do we see the world without damaging it too much? Well, if you’re travelling close to home, travel ‘slow’. This means travelling by train or coach as opposed to hopping on a flight. Especially within the U.K., coach travel can be affordable with a journey from London to Newcastle coming out to about £17 on Megabus. Pack some snacks, take a book and get comfy because you’ll be in for a long ride, but while you’re sitting there you can feel smug about your emissions reductions so…worth it? Trains are also rapidly emerging as a viable alternative to air travel (albeit with a few extra travelling days budgeted depending on how far you want to go).

If you’re travelling further afield, the first step is to do your research. Many airlines have already begun putting in the work to become more eco-friendly, with notable affordable options including Ryanair and Easyjet. Also, (this goes without saying if you’re travelling as a young adult), don’t waste your money on First Class or Business Class if you’re trying to travel sustainably. According to a World Bank study, emissions per passenger can increase a lot from Economy to the premium classes (by almost nine times if travelling First class), due to the increased amount of space the seats take up and the likelihood that First and Business class passengers will check more luggage.

The second major step, which some airlines have already begun facilitating, is to offset your flights. Carbon offsetting schemes allow you to ‘purchase’ trees. These theoretically sequester the equivalent amount of carbon your flight has pumped out into the atmosphere.  It’s not a perfect mitigation tactic and some programmes stray into ‘mono-culturing’. Planting multiple trees of the same species in one area can disrupt the local ecosystem. Ironically, this causes more environmental damage.

A risk with all types of offsetting programmes is that it creates such extensive carbon sinks. Therefore, there is a risk of emissions being amplified in one large wave. For example, the trees are engulfed in fires. However, in the short-term planting trees via a non-mono culture scheme is a fairly productive way of mitigating the effect of flight emissions.

One school of thought suggests that flying should not be considered the most prevalent issue within the climate change debate. Arguably, there has been a focus on air travel as a way to combat climate change. This is because it’s relatively easier to convince people to cut down on something that most don’t actually do often. Especially in comparison to attempting to get people to minimise the meat and dairy in their diet. Or arguing people should restrict the amount of new clothes they purchase each given month.

The uncomfortable fact of the matter is this: carbon emissions and the addition of other greenhouse gases to the atmosphere are still contributing to global warming. However, much the contribution from flights is a small part of a greater whole. In general, the best way to see the world in a sustainable way is to minimise the amount you fly. If a long-haul flight is necessary to your plans, include money to offset your emissions in your travel budget. Or just get really acquainted with the street view of Google Maps and stay at home. Your call.