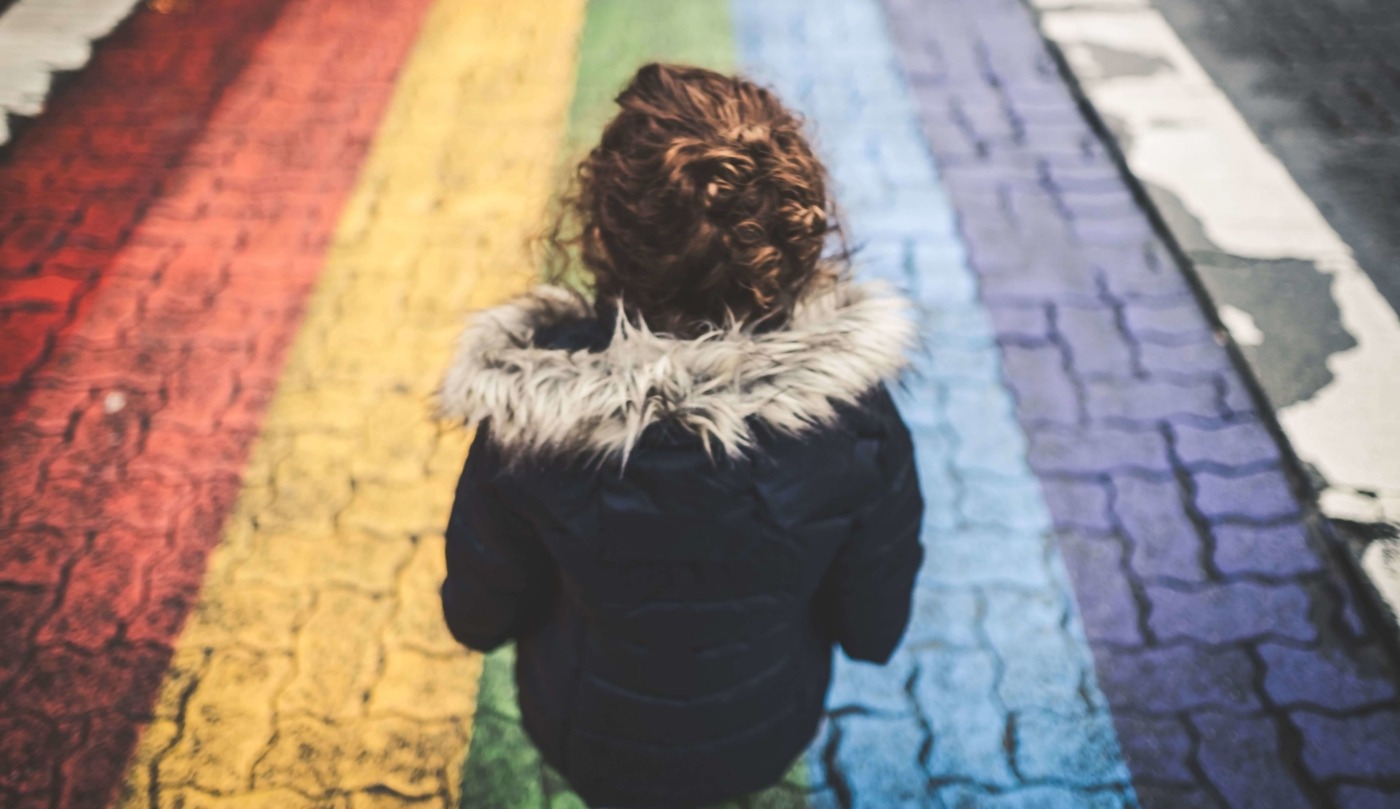 My first crush was Daphne in Scooby-Doo. The feminine, intelligent detective captivated me every time she was on screen. In the second Scooby-Doo live-action film, my heart fluttered when Daphne and Velma crawled around their office and met, face to face, talking about love. I didn’t recognise it as a real crush, though. I liked boys in my class at school. I enjoyed teasing them and being chased around the playground. As a child, I didn’t think about it too much: surely all of my friends felt the same way. Daphne, after all, was a character meant to be adored. Just because I had fallen for her charms didn’t mean anything. After all, I liked boys.

I remember the first time I heard the term bisexual. I was listening to my mum’s radio when Chris Moyles began discussing a celebrity that had come out as bisexual. One of his co-hosts asked what it meant, and he explained: you like men and women. “That’s quite selfish, really”, I remember the co-host saying. In that moment I had both found myself and immediately been shot down. As I had grown, I began to notice the girls in my class just as much as the boys. Their flowery perfume, their melodic giggles. I loved to plait my friend’s silky hair and, when she hugged me to say thank you, I thought my heart would explode. I didn’t want to be selfish, though, and I definitely didn’t want to be a joke on the radio. I decided that I would just keep it to myself. I still wasn’t sure. After all, there was no need to decide: I was still in primary school and real relationships were far in the future.

It was years until I thought about it again. Secondary school had been the stiflingly uniform experience that is typical for most students. Heterosexuality and homosexuality were the only forms of sexuality taught in sex-education class, bisexuality and pansexuality mentioned in passing jokes (the old “so you’re attracted to pots and pans?” used against anyone who dared to define themselves as the latter). I fancied boys and eventually, one caught my eye in particular: he was charming and funny, typically masculine, but willing to talk about emotions and for the first time in a long time, I felt safe in who I liked. I knew he was different and as soon we began dating, all of my issues squashed. Maybe I had fancied girls in the past, but I had found a boy that was worth dating and I didn’t need to worry about coming out.

I am still with that boy, although he is very nearly a man now and I am almost a woman. Studying at Warwick has been a liberating experience and more of my friends have come out as varying sexualities and gender identities. My boyfriend’s best friend came out as bisexual and it was no big deal. He reassured his friend that he supported him and they carried on exactly as before. I decided that maybe it was time to be truthful with myself and him. I couldn’t help but feel nervous despite how perfect he had been with everything so far.

This was a part of myself, after all, that I had actively repressed for years. I hadn’t fancied anyone for a long time. I was utterly in love with my partner and didn’t feel the need to look for anyone else. But still, when we visited the cinema I found myself fawning over the same women that he did. I still noticed beautiful girls in the club and, although not interested in starting anything, I couldn’t help but look at them. I felt like I was hiding a part of myself. Was it worth coming out, even though I would likely never be with a woman? I planned on being with my boyfriend forever (a big statement at such a young age, I know, but when you know, then you just know). There was no need for me to come out. I began to doubt myself: had I made all of this up for attention? If I had, it was a pretty bad plan: I hadn’t told anyone about it.

That didn’t make them any less queer, so why should dating a man make me any less valid?

Then Stephanie Beatriz came out as bi. Her revealing piece for GQ resonated with me perfectly: “I’m bi, and I’m getting married this fall”, Beatriz declares at the start of her article. She married a man but, in this piece, celebrated the fact that she was still bisexual. Despite the fact that it could still be “scary” sometimes, Beatriz explained the importance of coming out and how free it had made her. My questions were answered: bi people got married and sometimes that was to someone of the opposite sex. That didn’t make them any less queer, so why should dating a man make me any less valid?

So began my coming-out journey, which is still happening today. That’s the thing about dating someone of the opposite gender: people so often assume you’re straight and, if you wanted, you could pass. Sometimes I do, around choice people that I just can’t bring myself to tell. Not so much from a fear of rejection, but rather a fear of being misunderstood or judged, like the radio had exposed me to so long ago. But, for the most part, I am open about my sexuality. I don’t make it a point to tell people, I do not have a checklist that requires me to come out after a substantial amount of time getting to know them. But if it comes up, I do not shy away. I am bisexual; I have fancied women in the past and I continue to notice them in coffee shops, clubs, when they serve me in the shop.

I am madly, undoubtedly in love with my partner, though, and I want to take a moment to celebrate him. Coming out to him was terrifying but cathartic, I finally felt as though he truly knew me. We are stronger than ever (even if I still have moments of nervousness when considering my sexuality). Now, when we both fancy the same female character in a film, we can talk about how cool she had been and how good her dress looked. When I look at him, I know that he knows who I am and I know that I have chosen him to be my partner because he is the person I always wanted to find. I asked him to read this article before submitting it, because it ultimately concerns him too, and he told me how proud he was. He then suggested that it be titled ‘To bi or not to bi, that is the question’… I’m not too sure about that one, but it’s just an example of his great sense of humour. He doesn’t make me complete – I was never broken – but he is my best friend and the most amazing person I know.

I hope I will marry him. We graduate soon and will start looking for a place of our own; hopefully, we’ll adopt lots of puppies. I take my relationship seriously and he is everything to me. But just because I’m dating someone of the opposite sex doesn’t mean I’m straight. Just because I could pass – keep part of myself hidden – doesn’t mean I would be happier that way. I’m bisexual and in love: as Beatriz said, “I’ll be bi till the day I die, baby.”