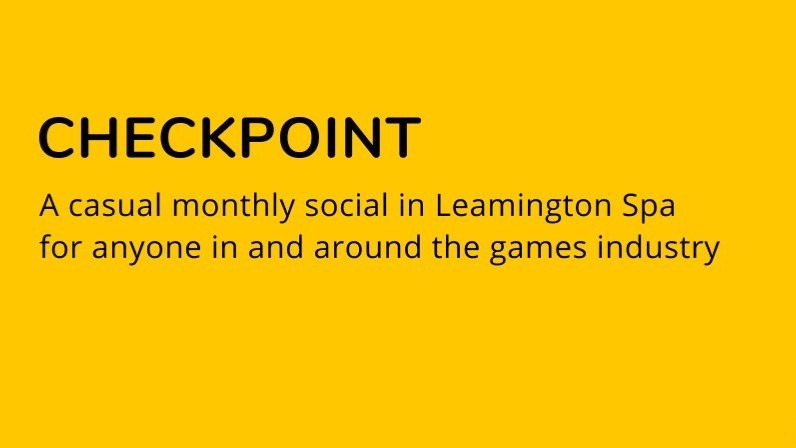 Royal Leamington Spa often portrays the air of a place you might want to retire in. However, for a significant portion of the UK’s gaming industry, they instead know Leamington as ‘Silicon Spa’, the place where you can find world-renowned studios like Ubisoft and Playground Games alongside over 40 other companies of varying size and stature. Checkpoint Leamington, headed up by Shaun Wall and Maggie Tan of Unit 2 Games, hope their monthly event can combat the typical dog-eat-dog scenarios of business and show that gaming culture is inherently about coming together.

The lowkey monthly get together for game developers to unwind and relax as a collective outside their stressful work environments of fixing bugs and playtesting on repeat. It is the place to talk shop but also unwind and enjoy gaming as a hobby not just a job.

Shaun and Maggie had initially been disappointed by the lack of any such gathering when they came to Leamington. The tight-knit community they had expected was not here, Leamington was not quite the San Francisco of Britain they believed it to be. Maggie and Shaun were keen to reignite the social gatherings which had petered out a few years ago, tired of waiting for someone else to take it upon themselves, and in just a few months have built up a popular event.

Checkpoint Leamington is an amazing event to attend

My experience of Checkpoint has been fascinating, learning the history of Leamington games development from the people who have lived through it, finding out more about upcoming projects and just chatting about all things gaming with experts and professionals. Though my enjoyment goes far beyond just networking and building contacts within an industry I hope to enter. As someone who has always been more into games than most of my close friends, it was a truly brilliant experience to converse with people for hours about gaming, rather than subjecting them to my usual overzealous monologues. Whilst I am certain these same interactions can occur online, on Twitter or in subreddits, these real-life equivalents made my favourite hobby feel that little bit less niche.

If you are passionate about games, either from a development or journalism perspective, Checkpoint Leamington is an amazing event to attend. Shaun and Maggie are keen to increase student attendance, believing that creative industries only continue to thrive by inspiring the next generation. If you are keen to find out more check out @checkpoint_leam on Twitter or head to checkpointsocial.com!